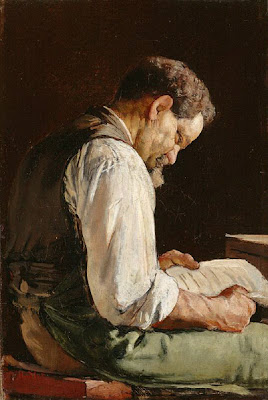 Ferdinand Hodler (1853-1918) was one of the most prominent Swiss artists of the fin de siecle era. His earlier work was strongly realistic and had a sort of earthy nationalism, depicting Swiss people and typical Swiss interior scenes. Above is my favorite work I have seen from this period, An Artisan Reading, 1881. 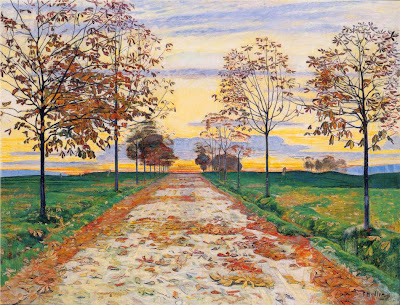 In the 1880s he moved outside and began painting landscapes and rural scenes. Much of this work resembles, in both style and subject matter, that of the French impressionists. Above, Autumn Evening (1892). 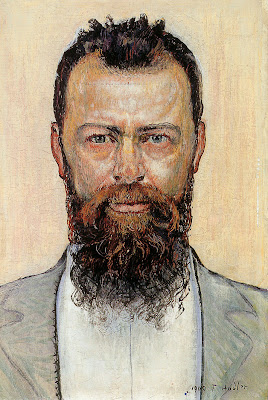 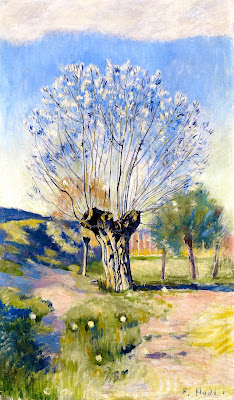 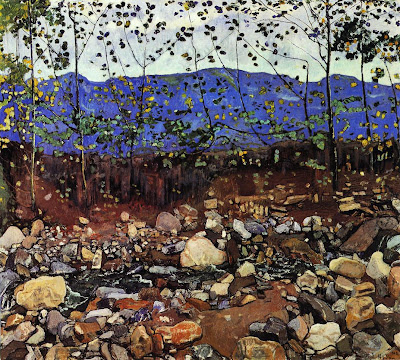 Beginning in the 1890s, Hodler came under the influence of symbolism and the new psychology of the unconscious. His first famous work in this style is Night (1890), said to be an "autobiographical painting on the theme of sleep and the fear of death, but also on the relationship between men and women." Make of it what you will. 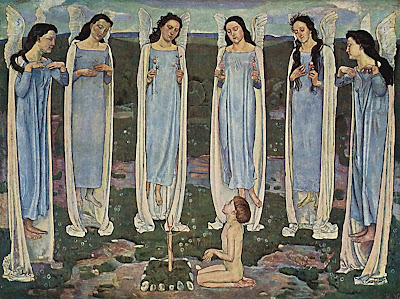 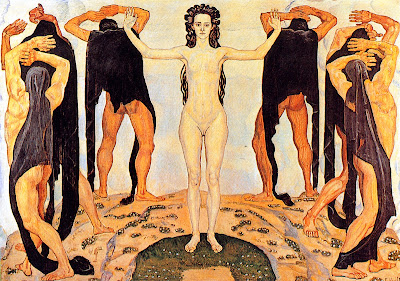 I have to say that I am not crazy about these, and I find them uninteresting except as documents of the strange mood that overtook Europe in those years. 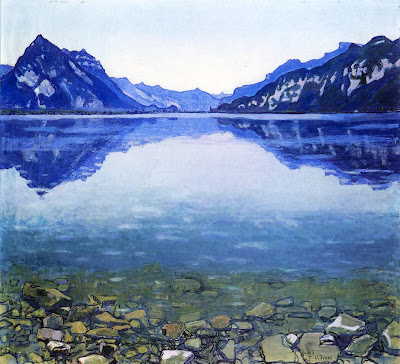 Fortunately, Hodler continued to paint landscapes and rural scenes. Some of his mountains in particular are obviously charged with symbolic meaning, but to me this does not detract from their beauty and force. Above, Lake Thun Landscape. 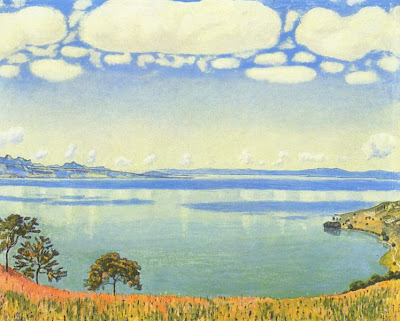 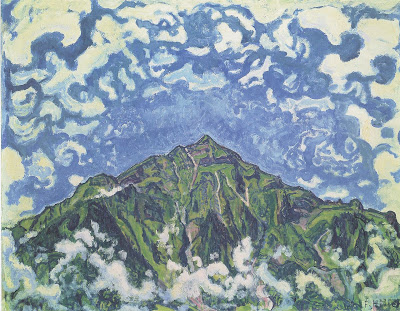 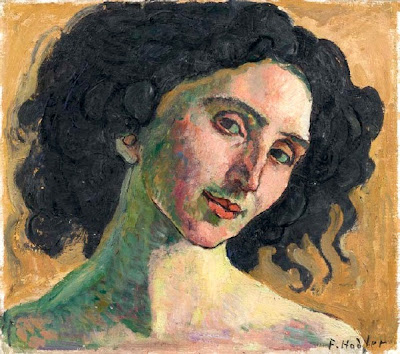 The Dancer (Giulia Leonardi), 1910, which I find to be a truly sparkling portrait.
Posted by John at 2:09 PM