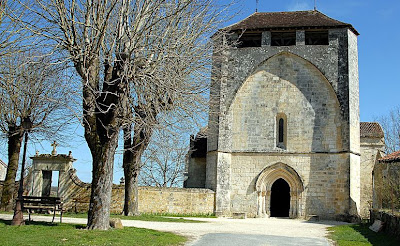 The priory church of St. Cybard in Cercles, part of the Perigord region of France, was built in the 12th century. 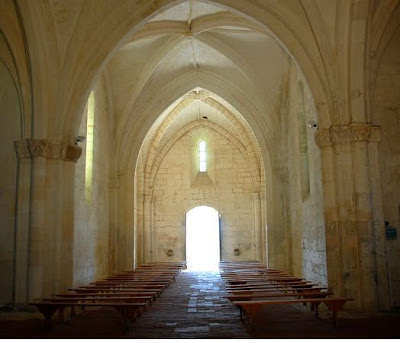 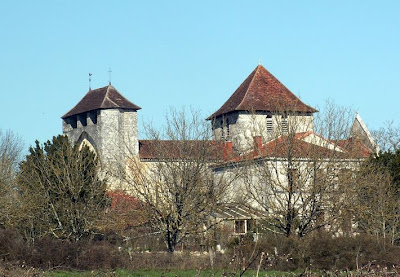 The church was added to and rebuilt over the years; the transept dates to the later 13th or 14th century, and the upper vaulting of the nave to the 15th or 16th.

The church is best known for its sculptures, which include numerous “masques feuillus” or Green Men. These are mostly in the old part of the church, the lower story of the nave. They were carved and added to the church over many years. Different styles are employed, indicating different master sculptors or workshops. Most are dated by experts to between the late 12th and mid 13th century, although a few may be Renaissance additions. 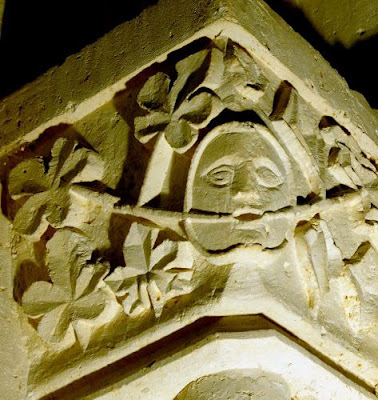 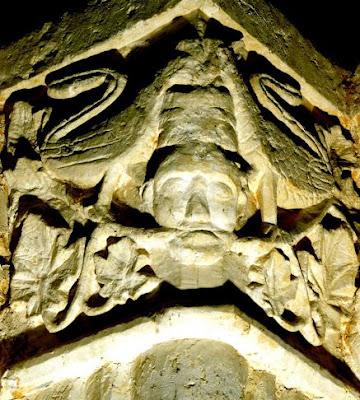 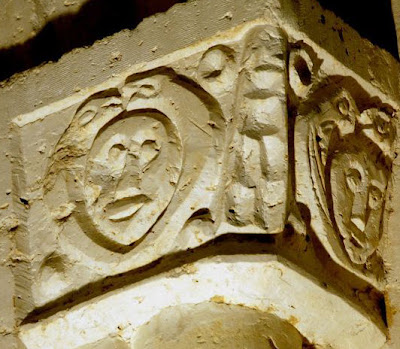 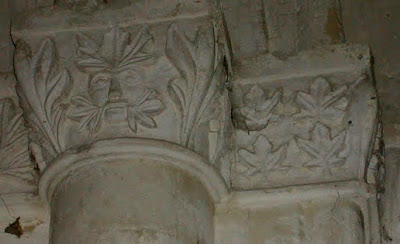 Below, the cemetery. Much more about the sculptures at The Green Man of Cercles. 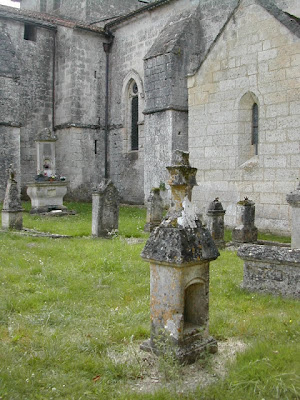 all quite striking, to me. the older the better. rococo green men just don't cut it ;-)