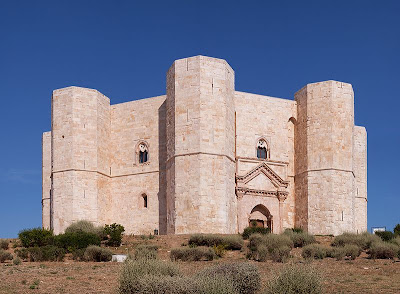 Emperor Frederick II (1194-1250) was one of the great rulers of the Middle Ages. Heir both to the Kingdom of Sicily and the throne of Germany, he had a remarkable intellect and formidable energy. Among his many interests --mathematics, poetry, falconry, medicine, law -- was castle building. He built or restored dozens, mainly in southern Italy. 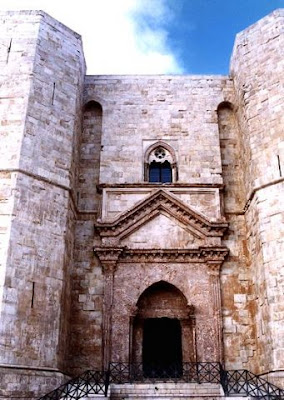 The one we know as Castle del Monte was a new foundation, begun in 1240. Its small size and high degree of ornamentation make many historians think that it was not mainly for defense, and it is often described as a hunting lodge. 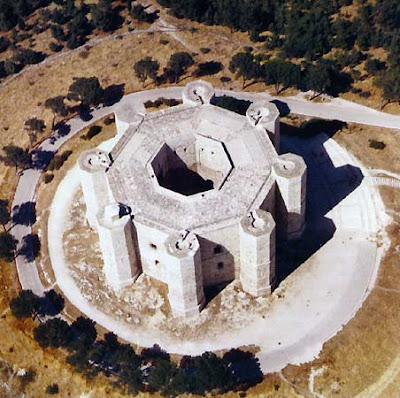 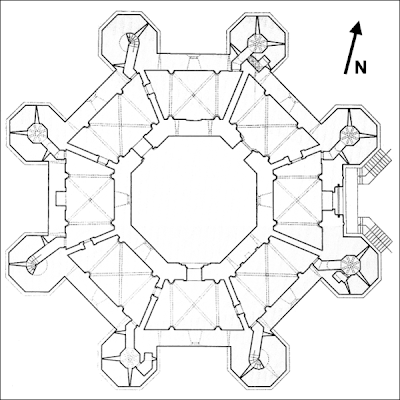 The castle is a near-perfect octagon, with a mathematically precise plan. There is no practical reason for such a symmetrical design, so the castle was an intellectual and aesthetic exercise as much as a house or fortress -- very much in keeping with Frederick's reputation. 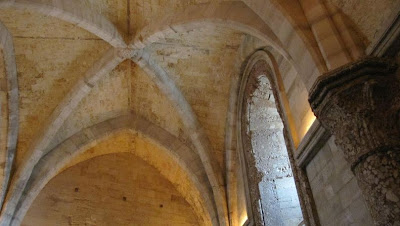 Stone vaulting in one of the trapezoidal halls. 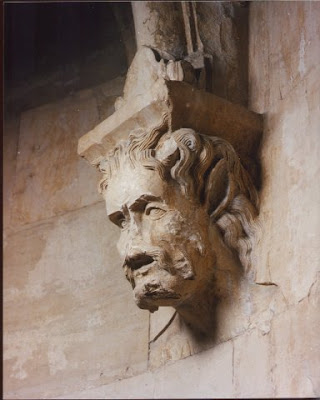 The castle was once highly decorated with marble sculptures, but many were removed by later kings to palaces in Naples and elsewhere. Only a few pieces remain, including this corbel. 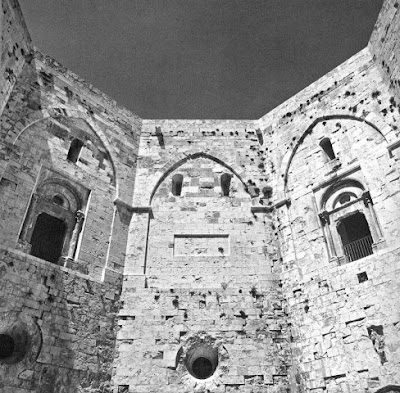 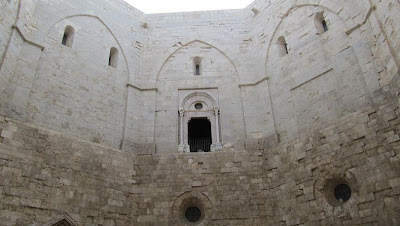 The interior today. There was once a wooden balustrade at the level of the upstairs door, running all around the courtyard. 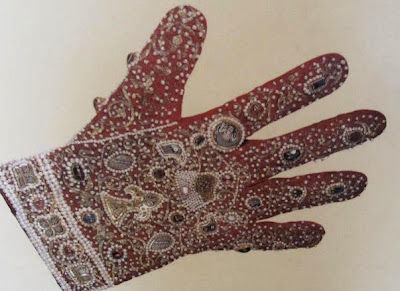 A glove preserved at the castle, said to have belonged to Frederick II.
Posted by John at 3:19 PM