The Changing Diet of the Greenland Norse: New Data 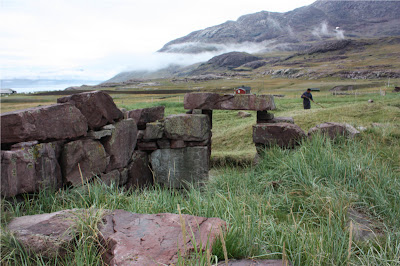 If there is a received wisdom about the failure of the Norse colony in Greenland, it is that they failed because they held too much to their old, farming ways and did not adapt to their new environment. This may have worked in a minimal way during the warm years of the high middle ages, but when the climate turned cold, after 1300, the society died out. New evidence may contradict this account:


Norse society did not die out due to an inability to adapt to the Greenlandic diet: an isotopic analysis of their bones shows they ate plenty of seals.

“Our analysis shows that the Norse in Greenland ate lots of food from the sea, especially seals,” says Jan Heinemeier, Institute of Physics and Astronomy, Aarhus University.

“Even though the Norse are traditionally thought of as farmers, they adapted quickly to the Arctic environment and the unique hunting opportunities. During the period they were in Greenland, the Norse ate gradually more seals. By the 14th century, seals made up between 50 and 80 per cent of their diet.” . . .

“Nothing suggests that the Norse disappeared as a result of a natural disaster. If anything they might have become bored with eating seals out on the edge of the world. The skeletal evidence shows signs that they slowly left Greenland. For example, young women are underrepresented in the graves in the period toward the end of the Norse settlement. This indicates that the young in particular were leaving Greenland, and when the numbers of fertile women drops, the population cannot support itself,” Lynnerup explains.

I am not as convinced by those isotopic analyses as some people are, and the sample could be bigger, but this is certainly an interesting finding. I find the news that women were emigrating even more interesting. 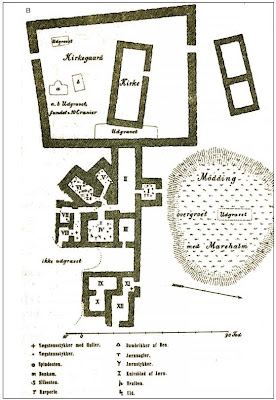