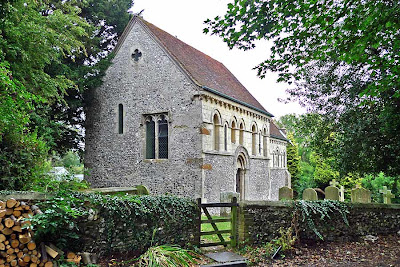 The unique church at Barfreston in Kent, England, was built in the late twelfth century. The lower part of the walls and the west end were built of local flint, the upper course of imported, dressed stone. 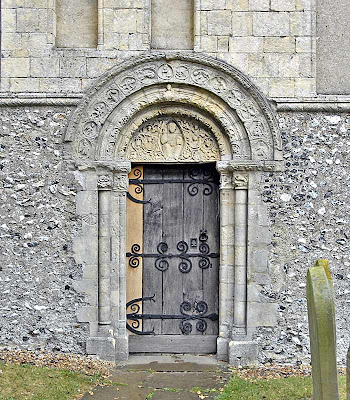 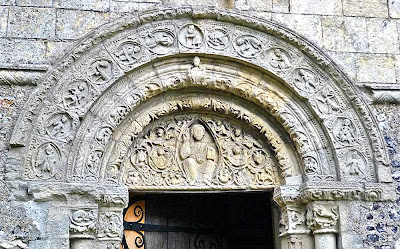 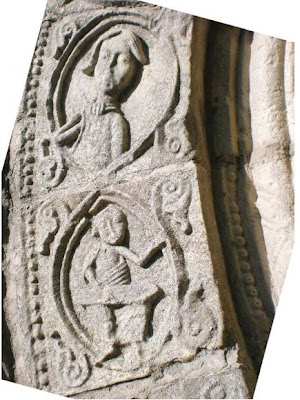 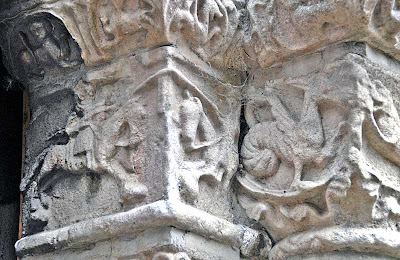 The sculptures are amazing for such a small church; the tympanum over the south door is especially famous. Note the jousting knights and the dragon breathing fire. 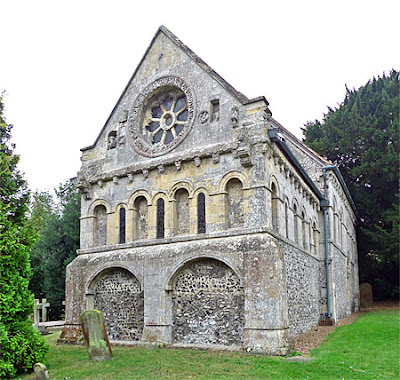 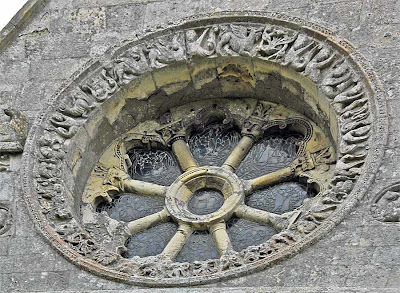 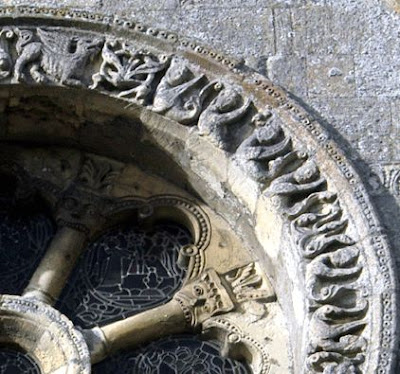 The wheel window on the east end is also quite spectacular. 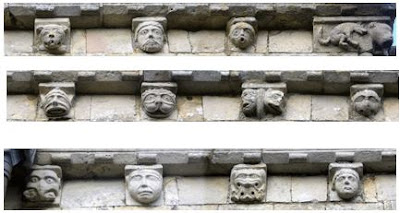 Some of the faces from the corbels. 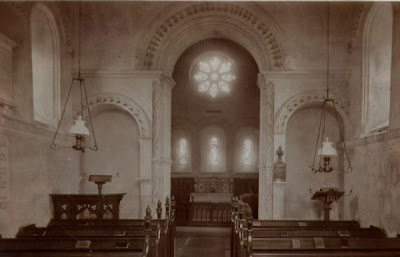 The interior as it looked in the early 20th century. 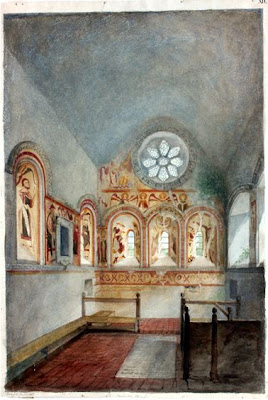 Drawing, made in 1838, of the now-lost wall paintings.

Amazing collection of pictures here.
Posted by John at 5:25 PM