Climate Change and the Maya Collapse 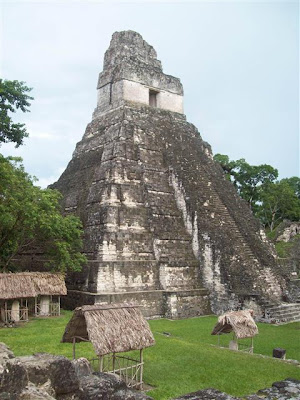 What caused the collapse of the classical Maya civilization? Whatever you may have read lately, this is a hard question, and we likely won't ever know the whole answer. But there is a lot we do know.

The date range you typically see for the height of Maya civilization is 250 to 800 CE, or even 250 to 900 CE. The period after about 700 CE seems to have been marked by destructive warfare, but the building of great pyramids and the like continued and may even have increased, spurred by the increased competition. The general model of what happened to the Maya is that they pushed their subsistence base too hard. They farmed the land so intensively that they eventually depleted the soil, so that yields fell. They killed all the wild animals near their cities, caught too many fish and so on. The bitter warfare after 700 CE has often been seen as a sign of intensifying competition for limited resources; hungry people tried to make up their food shortages by raiding their neighbors, which destabilized the system of alliances, broke the power of the overlord cities, and led to an anarchic war of all against all. 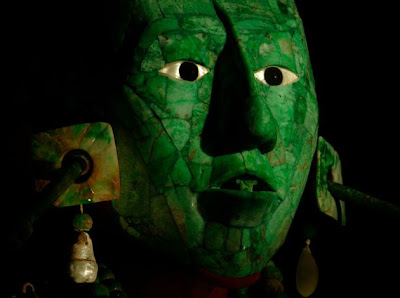 People have long wondered if a change in the climate was also involved. (And by "long" I mean 150 years -- some of the first European explorers to see the Maya cities speculated that a change in  climate doomed them.) Over the past decade several studies have reported that the Maya collapse coincided with a great drought. Now another study, based on stalagmites in caves within the Maya zone, makes the same argument. According to the authors, the period when the Maya rose to greatness, from 300 to 660 CE, was remarkably wet:


But the 200-year-long wet spell turned out to be an anomaly. When the climate pendulum swung back, hard times followed. "Mayan systems were founded on those [high] rainfall patterns," anthropologist Douglas Kennett said. "They could not support themselves when patterns changed." The following centuries, from about 660 to 1000, were characterized by repeated and, at times extreme, drought. Agriculture declined and—not coincidentally—social conflict rose, Kennet says. The Maya religious and political system was based on the belief that rulers were in direct communication with the gods. When these divine connections failed to produce rainfall and good harvests, tensions likely developed. Within the scant 25 years between 750 and 775, for example, 39 embattled rulers commissioned the same number of stone monuments—evidence of "rivalry, war, and strategic alliances," according to Kennett's study. But times would get even harder. The stalagmite record suggests that between 1020 and 1100 the region suffered its longest dry spell of the last 2,000 years. With it, the study suggests, came Maya crop failure, famine, mass migration, and death. By the time Spanish conquistadors arrived in the 16th century, inland Maya populations had decreased by 90 percent, and urban centers had been largely abandoned. Farms had become overgrown and cities reclaimed by forest.

Ok, great. But notice the discrepancy in the timing: the Maya world got drier after 660 CE, but the troubles that brought them down did begin until at least 50 years later, and did not really become a crisis until a century had passed. Our first clear evidence of a crisis is the surge in monument building between 750 and 775. Other archaeologists, as I mentioned, think this was the result of intensifying competition, but people with the economic wherewithal to put up all those monuments were clearly not starving. Not until around 800 do we see the abandonment of numerous cities, and many other cities continued to thrive until around 900 CE. The 140 years between the onset of this dry period and the first abandonment of Maya cities is an awfully long time for a farming society to thrive without adequate water for their crops. 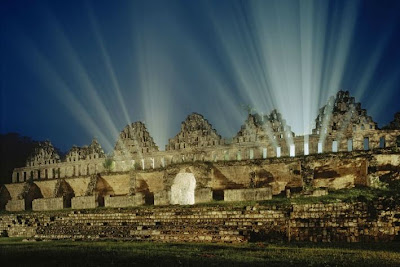 Then there is the problem that the worst phase of the drought, after 1000 CE, corresponds with a new bloom of Maya high civilization at Chichen Itza, Uxmal, and other sites in the Yucatan, where it is drier than in the old Maya heartland. And from 1100 CE to the arrival of the Spanish is 300 years, enough time for a healthy population to increase by at least ten times; a drought in 1100 can't explain why the cities of the Maya south were not rebuilt in the 1400s.

I don't have any problem with the notion that a drier climate helped to worsen the Maya's problems and may have contributed to their great crisis. But to say that climate change "caused" the Maya collapse is garbage logic.
Posted by John at 7:02 PM