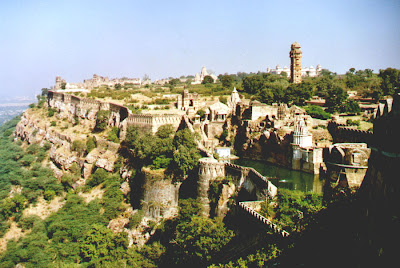 Chittor or Chittorgarh is a small city if Rajasthan, India, on the Berach River, best known for its enormous ruined fort. 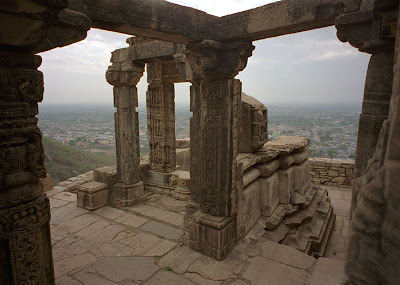 The fort is located on a ridge than looms 600 feet (180m) above the modern town. 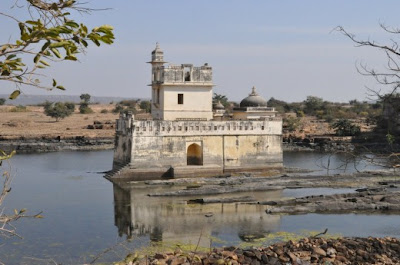 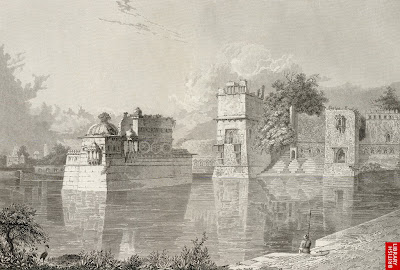 The whole complex is huge, measuring more than 650 acres (280 hectares). One of the fort's most remarkable features is its huge reservoirs, which were said to hold enough water to sustain 50,000 people for four years. Above, a drawing by Edward Finden, dated 1829, showing pleasure pavilions built in one of the reservoirs, and a modern photograph of the same scene. 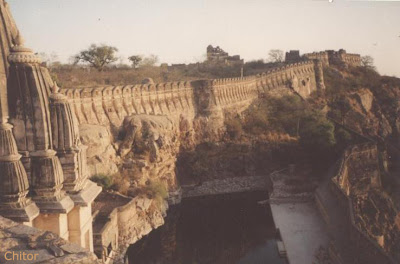 The oldest parts of the fort are said to have been built by the Mauryans in the 7th century CE. Most of it was built by Rajput rulers of Mewar in the Middle Ages. 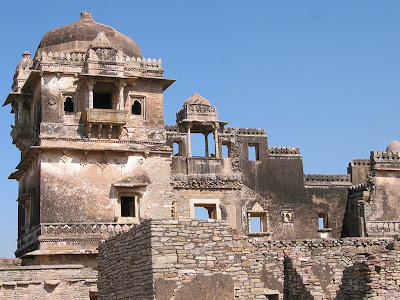 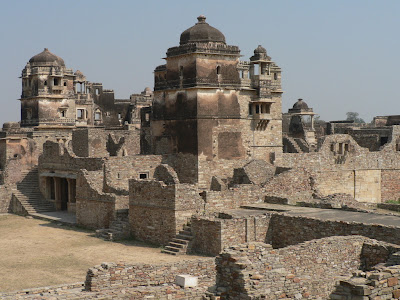 The most elegant part is this 15th-century palace, built by Rana Kumbha. Kumbha, one of the greatest rulers of Mewar, ruled from 1433 to 1468, when he was assassinated by his own son. The son presumably expected to become ruler by this deed, but in fact he so offended the people that they set him aside and Kumbha's younger brother Rana instead. 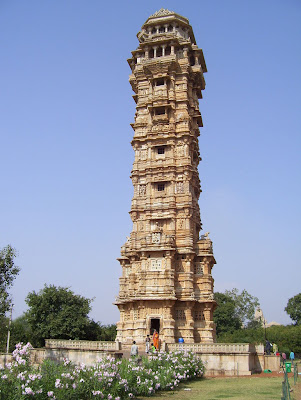 The fort was abandoned in 1568, when it was sacked by the Mughal Emperor Akbar, and the ruling family moved to Udaipur. Above, the Vijay Stambha or Tower of Victory, built by Rana Kumbha to commemorate one of his successful battles. 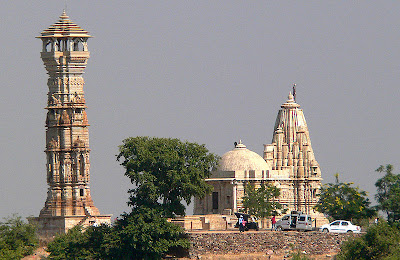 The Kirti Stambha or Tower of Fame (left) and the Meerabai Temple.
Posted by John at 7:16 PM