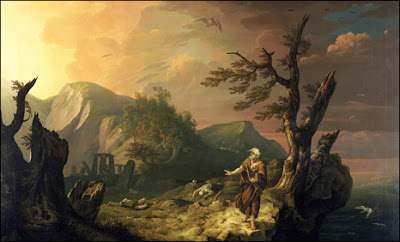 Jonah Lehrer, best known as a blogger about psychology, has written a book about creativity which claims to use the new brain science to explain it. Isaac Chotiner of The New Republic has a savage take down here, which you can read if you enjoy watching a mean person beat a sick dog. Or you can just take my word that Chotiner's criticisms are spot on and draw the obvious lesson, which is that we really don't know much about creativity at all.

Lehrer is one of those young enthusiasts who can be entertaining to read because he finds everything new and exciting, even though, alas, we oldsters know that there is really nothing new in psychology. So he gets all charged up about studies showing that sometimes outsiders have insights because they are less familiar with the field, as if this idea had not been perfectly understood by Socrates. He praises both relentless application to the problem, and taking restful breaks. He has much to say about how the interaction of different perspectives leads to new ideas, but also writes about lone geniuses working in remote cabins. And the rigor of all this suffers from a point Chotiner makes repeatedly, that Lehrer does not even propose a method for evaluating how new or how important a creative act is. He spends a whole chapter extolling the brilliance of Bob Dylan's song writing, as if it were obvious that Dylan's songs were creations of a high order. But are they? He certainly wouldn't make my pantheon of composers. And how can you say, scientifically, which factors are important for creativity if you don't have some way of comparing different creations, and showing that Dylan's songwriting is more creative than Eddie Van Halen's?

We have been trying to understand our own minds for at least as long as Homo sapiens has existed. The more perceptive ancient psychologists, from Buddha to Aristotle, had a lot of interesting things to say about our minds. So have many insightful writers. I have personally never seen anything in a modern psychological study that exceeded the insights achieved by Sophocles or Shakespeare, made without benefit of questionaires and MRI machines. And one of the most common insights of our psychologists is that creativity is mysterious. In our oldest written records ideas are portrayed as coming from outside us -- from the Gods, from some "genius," from a spirit guide -- and often to people who are outsiders (madmen, prophets, bards who live in mountaintops).

Creativity happens. To this, so far as I can see, modern creativity research adds little.
Posted by John at 11:14 AM

And now, of course, Lehrer has been exposed as a fraud. Chotiner was using a sledgehammer to swat a gnat, it seems.