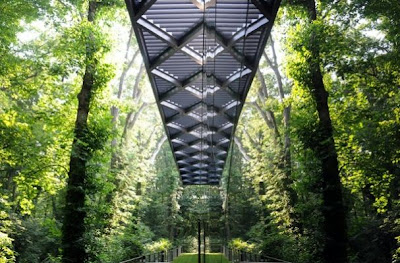 Washington, DC has just opened two new branch libraries, both designed by British architect David Adjaye. The more interesting is the Francis A. Gregory Library in far Southeast. I love this little portico behind the structure. 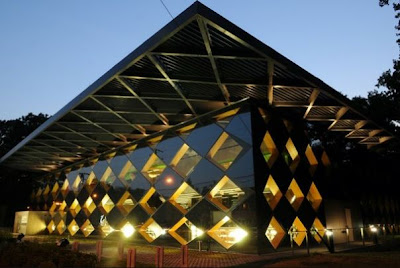 The structure looks a little like the Kennedy Center. 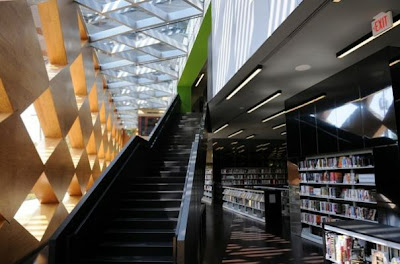 On the whole I think this is a fine building. What makes me wonder, though, is whether DC can keep it up. They had enough trouble maintaining the plain concrete and brick boxes that Adjaye's buildings are replacing, and at least one architect who has looked at this structure thinks it won't last long. Still, new buildings were needed, and I give full credit to the city for trying to add something to the city rather than just throwing up another ugly box.
Posted by John at 11:12 AM