Ciudad Blanca: the Archaeology of the Mosquito Coast 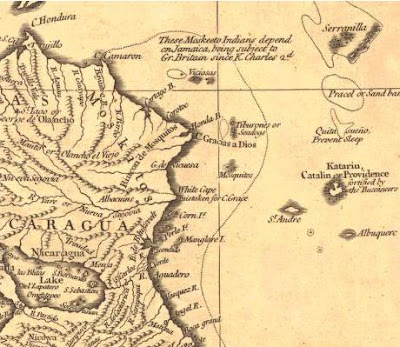 The Mosquito Coast of Honduras is one of the least known regions of the Americas, a swampy jungle never really ruled by Europeans. With the help of the British navy, a string of independent kingdoms survived along the coast until the 20th century, composed half of Mosquito Indians and half of runaway slaves. The region is still little known by contemporary standards; in particular, it may have the least studied archaeology of any place in the New World. Enough work has been done to show that the cultures of the coast did have large settlements with stone architecture, but were quite different from the Mayan civilizations just to the west. 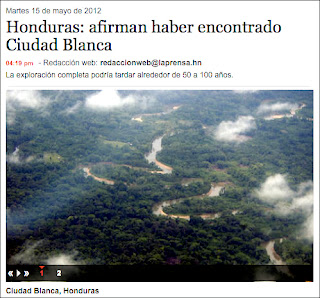 This is one reason why a new attempt to search for settlements in the region using LiDAR made it into the news. LiDAR mapping is a fabulous tool, and it looks like the new maps may have located several new sites. Alas, the best tool in the world is of little use when you insist on thinking about the results in a stupid way. As you can see from the snippet above, the local press is all excited by the notion of finding Ciudad Blanca, the White City. The problem is, Ciudad Blanca is a myth, the local version of El Dorado. As the leading expert on the region's archaeology, Dr. Christopher Begley, explains on his web site:


The legend of the fabulous lost city of Honduras was first recorded by Hernan Cortes who, in 1526, less than five years after vanquishing the Aztecs, came to the colonial town of Trujillo, on the north coast of Honduras, to look for the fabled town of Hueitapalan, literally, Old Land of Red Earth. . . .

Nearly twenty years later, in the year 1544, Bishop Cristobol de Pedraza, the Bishop of Honduras, wrote a letter to the King of Spain describing an arduous trip to the edge of the Mosquito Coast jungles. In fantastic language, he tells of looking east from a mountaintop into unexplored territory, where he saw a large city in one of the river valleys that cut through the Mosquito Coast. His guides, he wrote, assured him that the nobles there ate from plates of gold. . . .

Several expeditions were launched to find the city, and some thought they did. In 1939, for example, explorer Theodore Morde supposedly found the lost city, and later wrote the bizarre travelogue Lost City of the Monkey God just before being run over by an automobile in London, England. Later adventurers have suspected sinister motives in his untimely death, and have argued that the U.S. Government or other forces were trying to silence him in order to retain this incredible find for themselves.

I am not sure what to make of these legends, which seem to have been an authentic part of native folklore in several parts of Central and South America. Did they start as a way to get Spanish explorers to go away and look for gold somewhere else? Are they confused renderings of how remote tribes remembered the great cities of the Maya and the Aztecs? It is a fascinating subject.

And yet Ciudad Blanca is a legend, not a place, and you could no more find it than you could find El Dorado. To imagine that a legend could show up on a LiDAR map is to commit a category mistake. What the LiDAR maps seem to show is several settlements, some of which have already been explored by archaeologists, not a single gleaming city. There may be connections of some sort between the sites and the legends, but they will not be of the A = B sort.
Posted by John at 11:33 PM