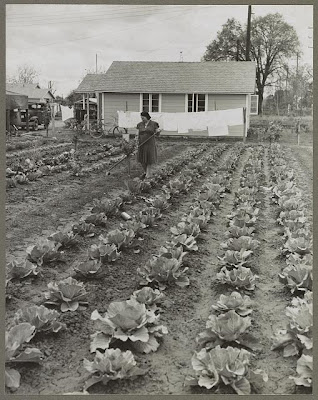 The Library of Congress is digitizing and putting online the huge collections of photographs assembled by the Farm Security Administration. Some of these images have long been famous, especially those by Walker Evans, but there are 175,000 negatives in the collection, many of which have been seen only by a few archivists. Above, garden in a migrant camp, Visalia, California, by Arthur Rothstein (1940). 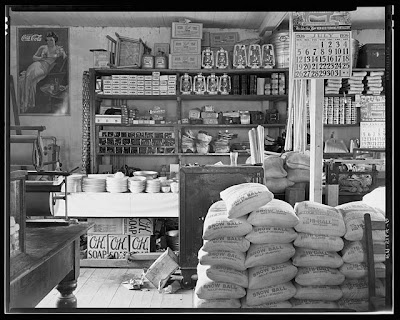 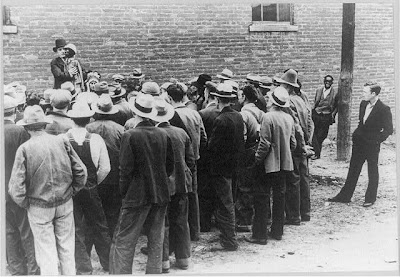 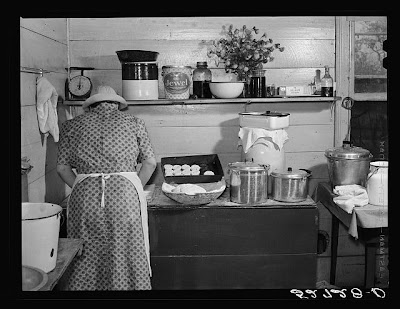 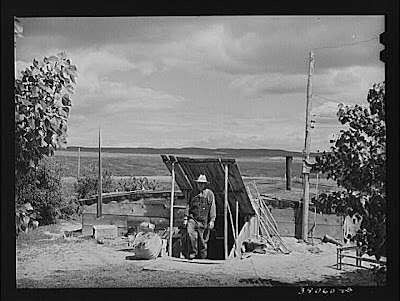 Basement house, Dead Ox Flat, Oregon, by Russell Lee (1941). One of the depression-era projects of the Bureau of Reclamation was the Owyhee Irrigation District, which used water from the Snake River to irrigate thousands of acres of desert in eastern Oregon. The first settlers in this new land used a common trick of the time and built the concrete-lined basements of their houses first, adding the above-ground levels in later years when they had more money. Of course some left before they ever built those upper stories, so not every concrete-lined basement you see abandoned in the American woods ever had an upstairs.
Posted by John at 7:42 AM