Rock Art of the Lower Pecos 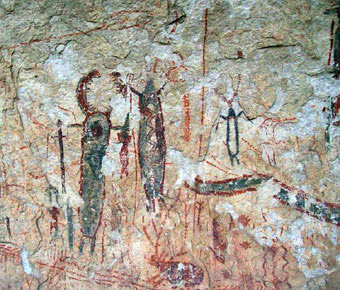 In the desert region where the Pecos River meets the Rio Grande is one of the world's most fascinating collections of rock art. Paintings have been found in more than 250 rock shelters, some 100 meters long. The older works are in the style called Pecos River, which dates to between 2500 and 800 BCE; the most recent depict Europeans and horses. Intensify efforts are under way to record all of these amazing paintings before they fade any further. Above is a typical Pecos River panel, and there are more below. 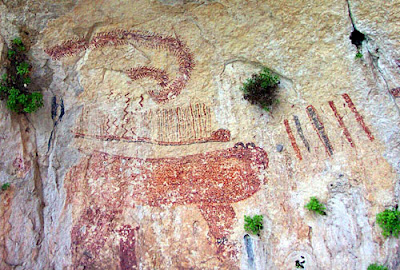 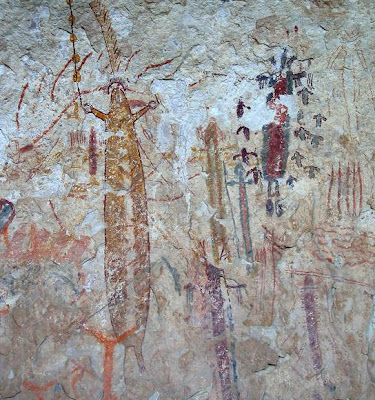 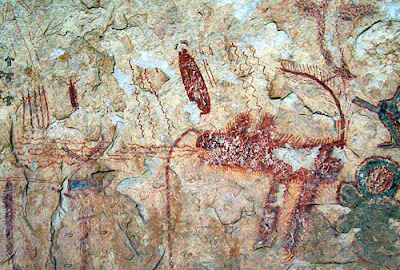 Archaeologist Carolyn Boyd thinks these Pecos River scenes are unified compositions, not assemblages drawn at different times by different people. She thinks they depict shamanic journeys to the other lands, as still imagined by some Indian tribes such as the Huichol of Mexico. Among the prominent themes are peyote, and datura, the two plants used as hallucinogens by natives, deer, and rain. For people in this desert region, bringing the rain was the focus of many important rituals, and shamans regularly crossed to the other world in search of knowledge about when the rains would come and how to help them. 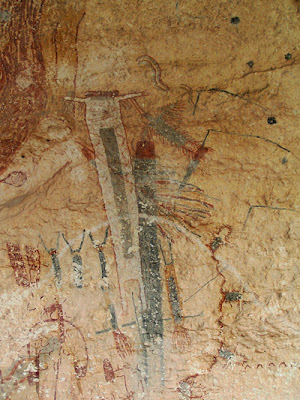 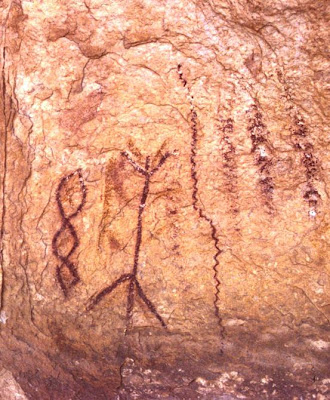 This is a later style, Red Linear. 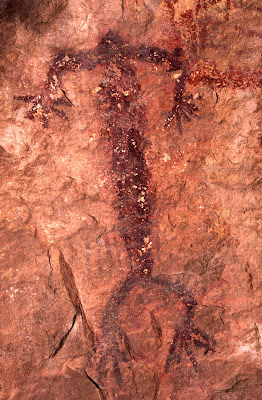 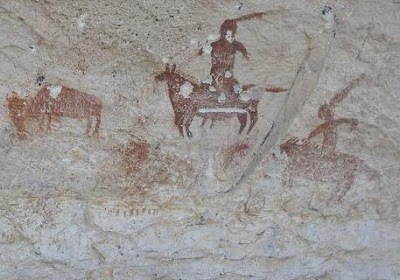 And an early historic work.
Posted by John at 4:03 PM