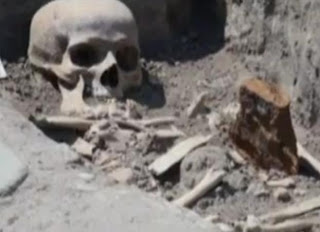 
SOFIA (AP).- Bulgarian archaeologists say they have unearthed centuries-old skeletons pinned down through their chests with iron rods — a practice believed to stop the dead from becoming vampires According to Bozhidar Dimitrov, head of the National History Museum in the Bulgarian capital, Sofia, two skeletons from the Middle Ages were found in such a state last weekend near the Black Sea town of Sozopol. He said Tuesday that corpses were regularly treated in such a way before being buried in some parts of Bulgaria, even until the beginning of the last century. Widespread superstition led to iron rods being hammered through the chest bones and hearts of those who did evil during their lifetimes for fear they would return after death to feast on the blood of the living. 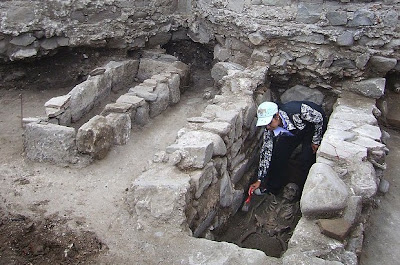 Not a bad summary, I would say. These are the tombs, found outside a monastery. 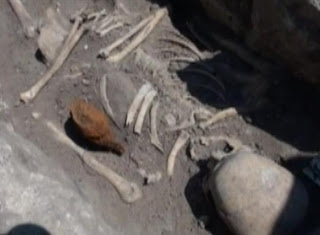 Another image of a skeleton impaled by an iron rod. Video here.
Posted by John at 8:13 PM