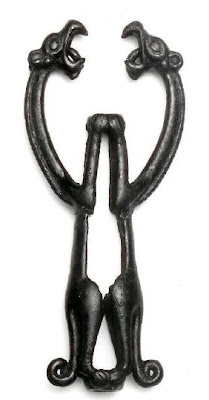 The Luristan Bronzes are bronze objects made during the early Iron Age, ca. 1250 to 700 BCE, in the Luristan district of west-central Iran. Thousands of these distinctive artifacts were looted from cemeteries in the 1920s and ended up in museums and private collections all over the world. Because nobody knows the specifics of where most were found, there is much controversy over the dating and meaning (if any) of the designs. Above is a finial now in the Birmingham Museums, showing two rampant lions. Note that when archaeologists call these "finials," they just mean that they seem to have been attached to the top of a wooden staff or post; they might have been almost anything. 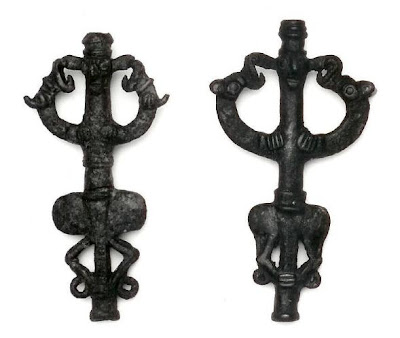 These "anthropomorphic tube" finials are a common type. They show a person or god (with funky ears) and two animals. The simplified, distorted figures appealed mightily to the modernist taste of the 1920s, just like the Cycladic figurines that became hot collectibles around the same time. 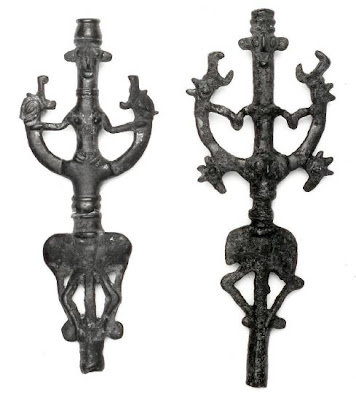 These are stylized versions of the ancient "master of beasts" motif, showing a person or god holding two beasts by the throat. The simpler tube people may be simplified versions of this design, and some people think they come later in the sequence, but that is just a guess. 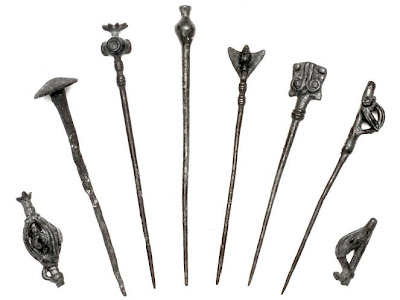 Decorative pins. These fairly common objects seem to have been votive offerings left at shrines. 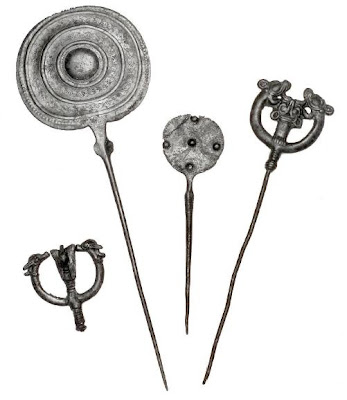 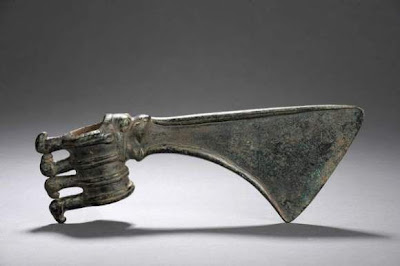 Axes and swords were also made in distinctive styles. 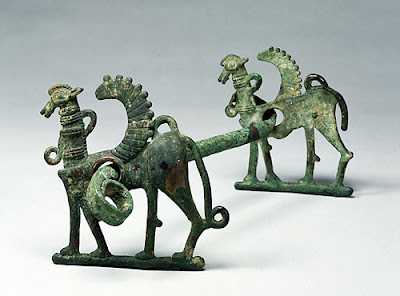 Horse bit with cheek pieces, now in the Tokyo Museum. More elaborate pieces like this one are rare; most of the bronzes are finials, pins, or simple figurines. 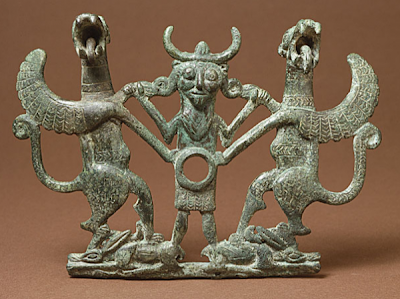 This one may be part of a chariot. We know very little about the people who made these. Their homeland was not well suited for agriculture, so we assume they were mainly herders like their 20th-century descendants. Where did the money come from to fund this artistic efflorescence? Perhaps the Luristaners served as soldiers in the Assyrian army, or perhaps they controlled some key trade route. 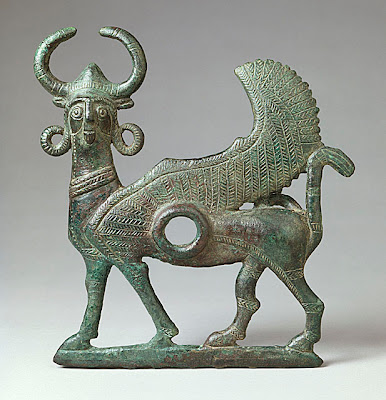 This piece shows strong Assyrian influence, but that was just one of many strands that may have fed into this remarkable style. The art of ancient Babylon and the animal style of the steppes also had an influence in Luristan. 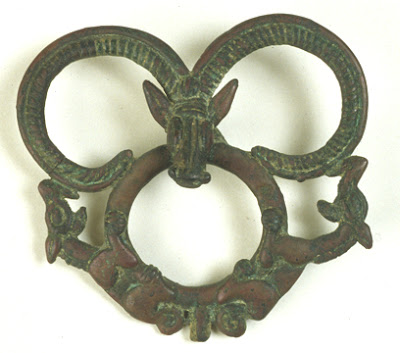 These rings, presumably also chariot harness, are one of the iconic Luristan forms. 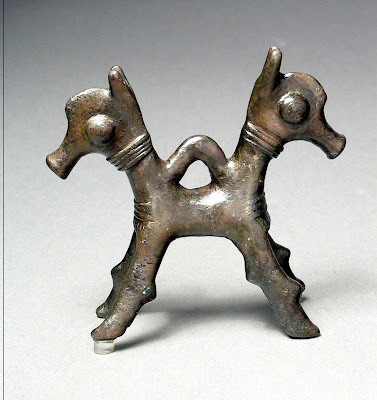 And a delightful little animal figurine.
Posted by John at 9:17 PM