The Cruciform Monument of Manishtushu 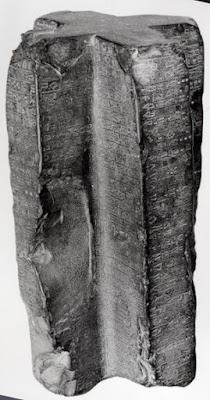 This fascinating object was found during British excavations in Sippar, Iraq, in 1881 and is now in the British Museum. 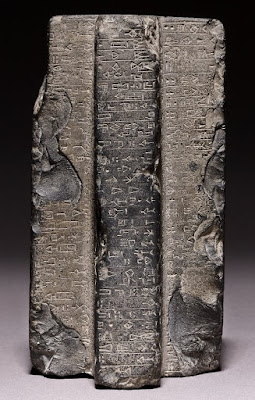 It purports to be a grant from the Akkadian King Manishtushu (reigned 2276-2261 BCE) to the temples in Sippar. For example


From Abshan to Akshak east of Durdanum, thirty-eight townships were released to Shamash. I did not covet their labor, and did not call them up to service; they labor for the E-babbar only.


This it is not a lie, it is the truth. He who damages this monument, let Enki fill up his canals with slime! Let Ninhursaga stop childbirth in his land! Though he make plans, let Adad smash them, and reap in all his descendants! 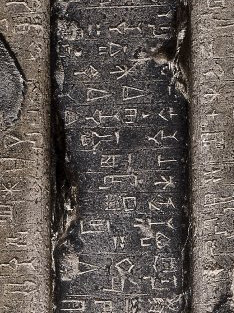 The style of writing appears at first to be ancient. But it is not; the cruciform monument is a fraud perpetrated in the Neo-Babylonian period, around 600 BCE. Careful examination of the language shows that it is not really ancient Akkadian, and it uses words not attested until a thousand years later. Not only that, but the scribes made an interesting mistake. The monument was recovered from the temple archive. Not far away another copy of the text was found, but this one in correct Neo-Babylonian, with none of the archaisms of the monument. The supposed ancient text recreates the word order and some of the vocabulary of the Neo-Babylonian version, even when they violate the conventions of Old Akkadian. The allegedly ancient version is obviously a translation of the newer text, rather than the other way around.

As to how scribes of 600 BCE knew how to write in the style of 2200 BCE,that is the most interesting part of the story. Neo-Babylonian scribes had built up a whole library of resources showing how to translate texts written in ancient languages and styles. I am not sure in what contexts they needed to do this -- perhaps ancient religious verses? searching out precedents for unusual omens? -- but they they put a lot of effort into it. Above is a fragment of one of these dictionaries, showing the late cuneiform translations for signs in the Old Babylonian style. Using one of these lexicons, a scribe tried to create an Old Akkadian translation of the temples' notion of their privileges. His work does not fool modern scholars, and I doubt it fooled Nebuchadnezzar's tax men, either; after all, they had their own library of dictionaries, and probably more experience with ancient Akkadian grants than anyone does today.
Posted by John at 7:10 AM