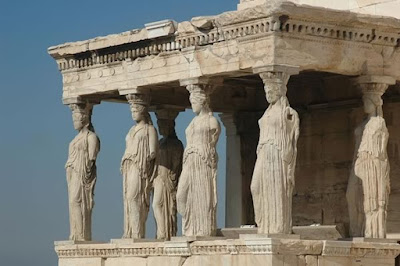 At the Early Iron Age nadir, in ca. 1000 BCE, the Greek world was sparsely populated and consumption rates hovered near subsistence. Some 650 years later, in the age of Aristotle, the population of the Greek world had increased at least twenty-fold. During that same period, per capita consumption probably doubled.

That rate of growth is far short of modern rates, but it equals the growth rate of the two standout societies of early modern Europe: Holland and England in the 16th to 18th centuries. Historians had long thought that the Greek world was impoverished and its economy overall static – which of course made Greek culture (art, philosophy, drama, and so on) seem that much more “miraculous.” But, thanks to the recent availability and quantification of a huge mass of data, drawn from both documentary and archaeological sources, we can now trace the amazing growth of the Greek economy, both in its extent (how many people, how much urbanization, and so on), and in terms of per capita consumption (how well people lived).

The great economic growth of the classical world has always puzzled me; I mean, most people were still peasants, doing what they had done since the Neolithic. In early modern economies, from the 17th-century Netherlands to 21st-century China, economic growth has been created by moving people out of agriculture and into factory and service work. But how many peasants left the land in the classical world? I know that there were big advances in mining and smelting, and I understand that trade and specialization led to great improvements in certain other branches of the economy, but how did that transform overall productivity when farming was still done with such primitive methods?

Checking around, I see that Wikipedia shows the Roman Empire as 90% rural. I don't see how that can be right; economic growth on the scale that must have taken place would surely have involved moving more people into non-agricultural work.

Maybe I should read Ober's book.
Posted by John at 1:21 PM