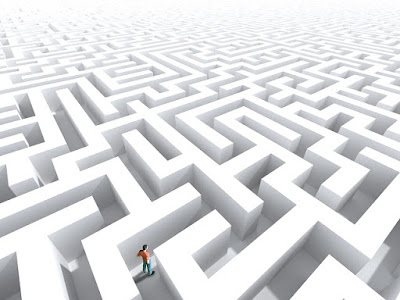 According to Philip Giraldi, people in Turkey talk routinely about a "Deep State," a secret cabal of security state figures and wealthy private citizens that defends the state against real and perceived enemies, regardless of what is happening in Parliament. Giraldi then asks, does America have a deep state?


For the deep state to be effective, it must be intimately associated with the development or pre-existence of a national security state. There must also be a perception that the nation is in peril, justifying extraordinary measures undertaken by brave patriots to preserve life and property of the citizenry. Those measures are generically conservative in nature, intended to protect the status quo with the implication that change is dangerous.

Those requirements certainly prevail in post 9/11 America, and also feed the other essential component of the deep state: that the intervening should work secretly or at least under the radar. Consider for a moment how Washington operates. There is gridlock in Congress and the legislature opposes nearly everything that the White House supports. Nevertheless, certain things happen seemingly without any discussion: Banks are bailed out and corporate interests are protected by law. Huge multi-year defense contracts are approved. Citizens are assassinated by drones, the public is routinely surveilled, people are imprisoned without be charged, military action against “rogue” regimes is authorized, and whistleblowers are punished with prison. The war crimes committed by U.S. troops and contractors on far-flung battlefields, as well as torture and rendition, are rarely investigated and punishment of any kind is rare. America, the warlike predatory capitalist, might be considered a virtual definition of deep state.

This part of Giraldi's analysis has some appeal to me; it bewilders me that the Obama administration has done so much more harassment of whistleblowers than punishment of torturers. But I suspect that much of this is just democracy in action. Congress routinely approves gigantic defense budgets partly because a majority of voters supports them, and Obama hasn't tried to prosecute torturers because juries would acquit them. And note that Congress also routinely approves gigantic budgets for Social Security and Medicare, which are hardly sinister paramilitary endeavors.

I wonder what my readers think of this:


In truth America’s deep state is, not unlike Turkey’s, a hybrid creature that operates along a New York to Washington axis. Where the Turks engage in criminal activity to fund themselves, the Washington elite instead turns to banksters, lobbyists, and defense contractors, operating much more in the open and, ostensibly, legally. U.S.-style deep state includes all the obvious parties, both public and private, who benefit from the status quo: including key players in the police and intelligence agencies, the military, the treasury and justice departments, and the judiciary. It is structured to materially reward those who play along with the charade, and the glue to accomplish that ultimately comes from Wall Street. “Financial services” might well be considered the epicenter of the entire process. . . .

The cross fertilization that is essential to making the system work takes place through the famous revolving door whereby senior government officials enter the private sector at a high level. . . .

America’s deep state is completely corrupt: it exists to sell out the public interest, and includes both major political parties as well as government officials. Politicians like the Clintons who leave the White House “broke” and accumulate $100 million in a few years exemplify how it rewards. A bloated Pentagon churns out hundreds of unneeded flag officers who receive munificent pensions and benefits for the rest of their lives. And no one is punished, ever. Disgraced former general and CIA Director David Petraeus is now a partner at the KKR private equity firm, even though he knows nothing about financial services. More recently, former Acting CIA Director Michael Morell has become a Senior Counselor at Beacon Global Strategies. Both are being rewarded for their loyalty to the system and for providing current access to their replacements in government.

What makes the deep state so successful? It wins no matter who is in power, by creating bipartisan-supported money pits within the system.

Is that a sinister deep state, or just the normal behavior of an elite group, no different from the Oxbridge crowd that dominates England? Is this back-scratching, or conspiracy? Did somebody hire David Petraeus to reward his work on behalf of the deep state, or because he will generate lots of buzz and impress prospective clients? (Or maybe it was just a dumb decision.) Maybe some politicians support Wall Street because they really believe in capitalism.

I have taken up Giraldi's essay here because it gives clear expression to the most persuasive conspiracy theory I have seen about American government. This view connects things that many of us think are real problems -- ties between Wall Street and Washington, the way the security apparatus resists democratic control -- by seeing them as the expressions of a single group's drive for power. It doesn't really persuade me, but then I am hard to persuade. I agree that there are in America sinister people (Dick Cheney, Paul Wolfowitz) who have tried to operate in this way, but I think that their successes (which are only partial) don't come from conspiracy. They succeed because they have broad elite support and have sometimes persuaded voters to support them  -- for example, in the 2002 and 2004 elections. If the people dislike the national security state, or capitalism, they are free to vote them away. (Elite dominance is probably harder to get rid of.) Since they don't, I assume they support those things. How am I wrong? Do people like Giraldi think the voters are deluded because television lies to them so successfully, or do they think elections are rigged?

I believe that in this case, as in many others, a conspiracy theory is a way to simplify and understand phenomena that are real but have complex, hard-to-grasp causes. I believe that the independence of the national security state stems from many factors: public fear of enemies; the stoking of those fears by politicians out for votes and media groups out for ratings (fear sells); public distrust of politicians (who else but elected officials could strip power from generals or spies?);  the inevitable murkiness of a world in which so much is secret, some of it for good reasons; and so on. The causes of public support for billionaires and Wall Street insiders are also very complicated, and these issues have been one of my regular subjects here.

Sometimes I fear my governments. But I don't think there is a single, simple reason why that is so.
Posted by John at 8:48 AM

Giraldi's theory seems to me like classic Bulverism. If something's going on that you don't like, assume that it reflects the will of a secret conspiracy that is motivated by greed and the desire for power, rather than any genuine belief. As you point out, he ignores the fact that voting majorities of Americans support, for example, huge Pentagon budgets. Yes, there is an elite, but I'm not sure how Giraldi's complaints are in any fundamental sense different from a rightist-type theory that a Boston-Washington cultural elite is conspiring to destroy traditional morality. In fact--and I am no rightist--I suspect more businessmen care about the right to use cleavage in advertising than care about whether we should build the F-35.

"I believe that in this case, as in many others, a conspiracy theory is a way to simplify and understand phenomena that are real but have complex, hard-to-grasp causes."

In general, yes. But there are cases where conspiracy theories stray into the absurd and fail to grapple with any real phenomenon at alll - such as the notion that the moon landings were faked, or that we're being visited by aliens.

I suppose, at their core, those "theories" are still ultimately about real problems, just indirectly. Someone who thinks the moon landings never happened isn't having a hard time grappling with the concept of sending a rocket to the moon - they're grappling with their own demons, trust issues and anti-authority thinking. They've had some trauma in their past which they've been unable to cope with, and so they fixate on finding the "reason" for their suffering and discontent - something or someone they can blame for their being unhappy.

It's simply a psychological response. When there's something we can't cope with, we try to rationalize it if we can.

But that would require a huge investment of time, resources, and effort. Who even possesses that much power and influence? The government? Maybe. But what logical reason would they have for going to all that trouble? Hrrm... I can't think of anything that makes much actual sense. But there must be something! I'll just have to broaden my thinking. The government (probably? maybe someone else? maybe multiple governments working as a cabal!) is pulling strings for some big, mysterious, important reason. They must know something we don't! What could it be? What are they hiding? Why are they hiding it? What could drive them to take such drastic actions? I must know!

At which point it spirals into a paranoid scramble for remotely plausible explanations, typically involving malevolent hidden overlords, sometimes straying into the realm of aliens, sometimes staying more "realistically" grounded in secret societies and Capitalist shenanigans, or even sometimes Communist ones. People who end up thinking that Obama is a Kenyan Reptiloid Muslim Anti-Christ here to drag us into a living Hell amazingly start out simply being unable to cope with something simple and mundane in their own lives. They lack for a concrete answer to their woes, and so they seek desperately for any less-than-concrete notion that seems to account for things, and as holes in their logic crop up they simply plug them with whatever notions seem to vaguely fit those holes.

No doubt conspiracy theory does serve for some as a psychological crutch, answering questions like why am I not happy and successful, etc. But this doesn't explain why someone like Philip Giraldi, who hardly counts as a Travis Bickle type, is using one, or why someone like Henry Ford would believe in the Protocols of the Elders of Zion. I think the appeal in many cases is more intellectual; conspiracy theory serves as a kind of theodicy, explaining why there is evil in the world, and providing an answer more satisfying than "there are lots of people who, completely within their rights as free, thinking citizens of a free republic, believe with utter sincerity things that I think are stupid, or worse." It seems to me the question John is always asking (and I'm hoping I'm not putting words in his mouth) is how/why is it that more or less rational humans can come to such different conclusions and believe such deeply opposite things? I don't know the answer.

I will own that question.

No it is not Bulverism or any other kind of conspiracy theory. This is just how things work in the post 1945 Anglo-American universe. When I was a child I was not very athletic but there I something I learned out in the field. That was not to listen to the crowd in the bleachers or the cat calls from the bull pen. I was always told to keep my eye on the ball. That was i t, follow the money.This may be all just a bunch of crap from an avant-garde Bohemian but I ask you this my very intelligent friends. Why has there been no social progress in America since the 1960"s? If we are the greatest nation on earth why are we so far behind on so many quality of life issues. Is this idea of exceptionalism true or just blinders for a horse that must keep running?