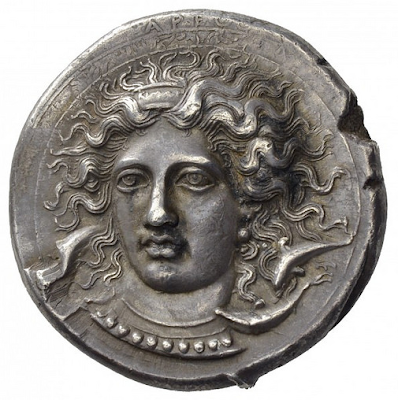 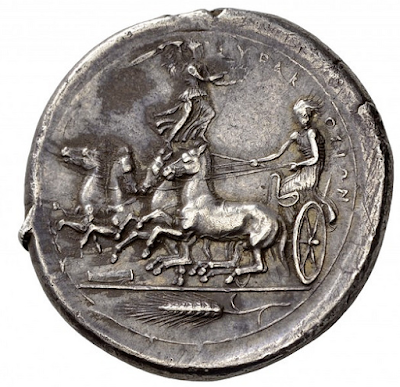 Silver tetradrachm from Syracuse, 405-400 BCE, signed by the engraver Kimon. It shows Arethusa on one side -- a nymph who fled her home beneath the sea and ended up as a spring in Syracuse-- and a racing chariot on the other. The degree of detailed effort invested in some of these coins is marvelous. They served not just as money, but as advertisements for the cities and rulers who produced them. 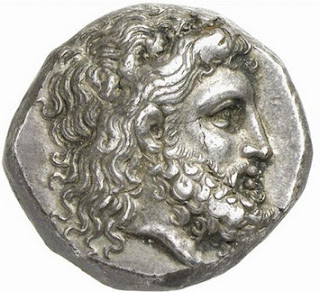 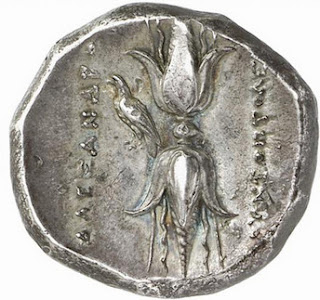 Stater from Tarentum showing Zeus and a thunderbolt, struck for Alexander the Great's uncle, 334-330 BCE. 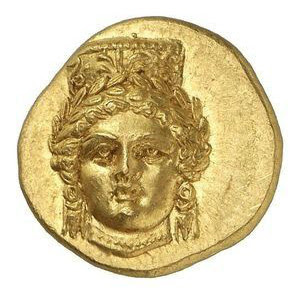 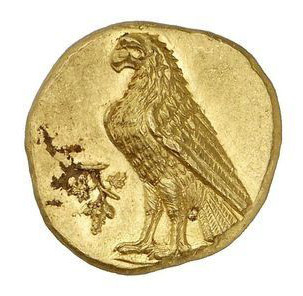 Gold stater from Abydos showing Artemis and an eagle, 330 BCE. 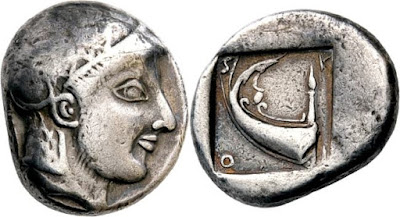 A silver tetradrachm from Skione, Macedonia, 480-450 BC. On the obverse is the head of Protesilaos, a Greek hero who was venerated at cult sites in Thrace and Thessaly. In the Iliad, he was the first to leap ashore at Troy, and the first to die in the war. The reverse shows a ship.

Silver tetradrachm of Antigonus III of Macedon, 229-221 BCE. Obverse: The head of Poseidon wearing a seaweed wreath; dotted border. Reverse: Apollo holding a bow while seated on a ship’s prow. 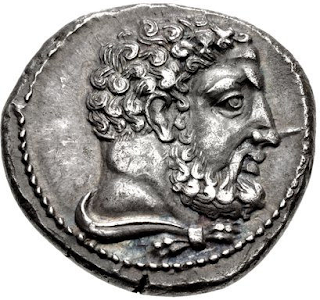 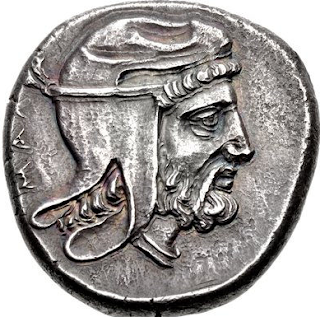 A coin of Tribazos, Satrap (Persian governor) of Lydia, 388-380 BCE. Above, Herakles; below, Tribazos himself, wearing a satrap's headdress. 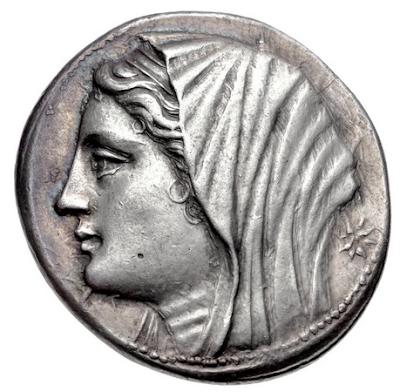 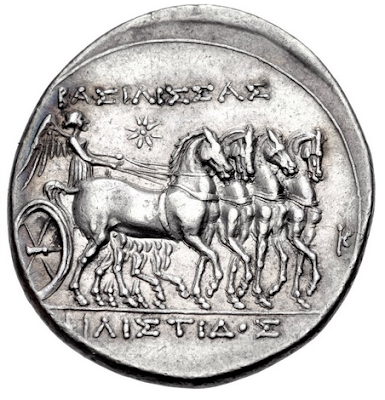 Tetradrachm of Philistis, wife of Hieron II, Tyrant of Syracuse, struck 218-214 BC. 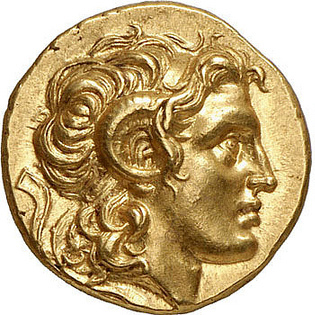 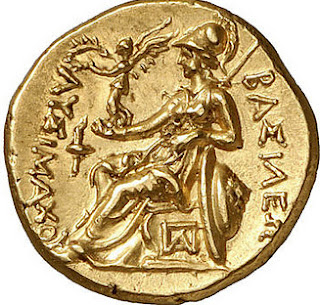 Gold Stater of King Lysimachus of Thrace, struck c. 297-282 BCE. Depicts the deified Alexander the Great wearing a diadem, and Athena holding Nike and resting her elbow on large round shield adorned with a gorgoneion. 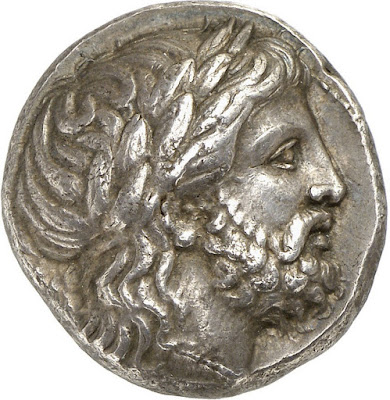 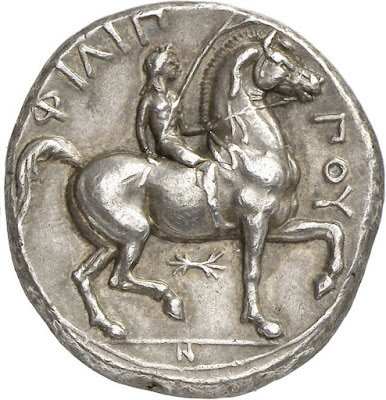 And a stater of Phillip II of Macedon.
Posted by John at 8:01 AM

Ancient coins are some the most fascinating pieces of propaganda you're ever likely to come across.

Of this set, I particularly like the one minted by Tribazos - nothing says "subtle" like slapping your own likeness on a coin and having it a mirror the likeness of a cultural touchstone figure like Hercules, who was essentially the ancient equivalent to today's Superman.

It'd be like if a new dollar bill design went out with a picture of Barack Obama posing back to back with Michael Jordan, or if The Trump Organization started using office stationary depicting Trump shaking hands with Jesus.