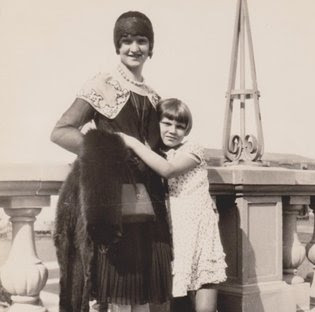 I always knew Harding was not the respectable gentleman he pretended to be:


She was denounced as a “degenerate” and a “pervert,” accused of lying for money and shamed for waging a “diabolical” campaign of falsehoods against the president’s family that tore away at his legacy.

Long before Lucy Mercer, Kay Summersby or Monica Lewinsky, there was Nan Britton, who scandalized a nation with stories of carnal adventures in a White House coat closet and endured a ferocious backlash for publicly claiming that she bore the love child of President Warren G. Harding.

According to Britton, Elizabeth was conceived on the desk in Harding's senate office.

This was all kept quiet until after Harding's death in office in 1922. At first Britton tried to play the virtuous role, and she destroyed her letters from Harding to protect his reputation. But he made no provision in his will to support their daughter, and Britton ended up broke. So she wrote The President's Daughter in 1927, a perfectly scandalous tale for the height of the jazz age. Britton eventually sued for support, but she could not provide documentation of the affair and was shredded on the witness stand by a clever lawyer, so she lost.

Wikipedia provides the delightful detail that when Britton first pursued Harding he ignored her because he was already involved in an affair with another woman, Carrie Phillips, who was married to one of his friends. Much of the comment on both of Harding's affairs, provided by wits like Dorothy Parker, centered on how commonplace and boorish his sexuality was -- in public he seemed so polished and urbane, but behind closed doors he was an inarticulate brute.

Just another way he was a complete contrast with his predecessor. Woodrow Wilson's many strangenesses included writing one of the world's most extensive oeuvres of over-the-top, flowery, passionate love letters, most of them to the two women who became his wives, but others to two who didn't. The country wanted a "return to normalcy," and Harding provided it.
Posted by John at 7:23 AM