Nick Lane, The Vital Question: Energy, Evolution, and the Origins of Complex Life 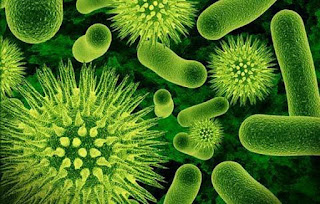 The origin of life is the world's greatest chicken and egg problem. Life as we know it depends absolutely on dozens of systems: nucleic acid chains (DNA or RNA) to transmit information, ribosomes to make proteins, elaborate chemical reactions to burn fuel and produce energy, membranes to keep all of this separate from the rest of the world, and so on. Since all of this is necessary, how could any of it have come first? The simplest bacterium is an exquisitely refined biochemical system with hundreds of parts, the complexity of which we are still unraveling, and so far as we can tell most of it is essential.

At a deeper level, there are two fundamental ways to think about life: as information, and as energy. In this age of computers and genomics were are all taken up with information, and to many scientists the genetic code seems the most fundamental thing about life. Thus we have models of life's origins that begin with naked RNA molecules floating around in an organic soup, creating copies of themselves from available materials.

Nick Lane is a British biochemist who has written a couple of semi-popular books, and in The Vital Question (2015) he offers a completely different take on life's beginnings. Lane prefers to focus on energy, and he dismisses naked RNA molecules as a fantasy. Copying a chain of RNA takes energy, which in a cell is supplied by a whole armada of ATP molecules; where would the energy come from to assemble and maintain all of these independent RNA strands? Lane also dismisses the notion that life could have originated in the sort of organic stew posited by older models. Modern geophysics, he says, shows the ancient ocean was chemically very similar to the modern ocean, and except for the absence of oxygen the early atmosphere was also much like our own. 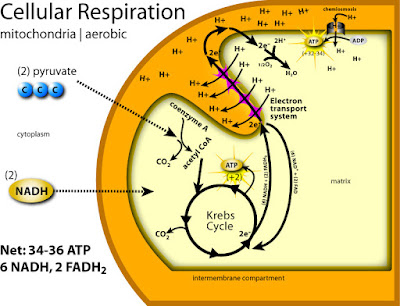 Lane has his own model of how life originated, based on his own notion of what is fundamental. If you look in detail into how cells actually work, you discover that they spend a lot of time and energy pumping ions across membranes. Glance at the above diagram of cellular respiration, which is the way cells extract energy from fuel such as sugar molecules and use it to make ATP, the molecule that powers most activities of the cell. But the energy derived from oxidizing sugar is not used directly to make ATP. Instead it is actually used to pump dozens of H+ ions -- that is, protons -- across the membrane, creating a powerful electric potential. To make ATP, the cell allows protons to flow back across the membrane through a molecule called ATP Synthase, which captures that energy again. It seems like an odd way to proceed. 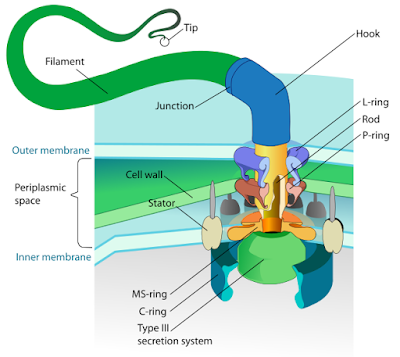 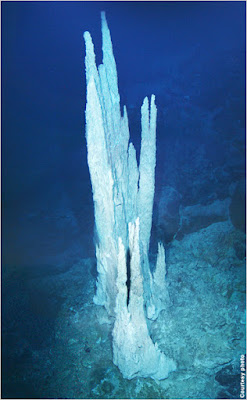 To Lane, this is all so strange and striking that it must be fundamental to life's origins. Life must have originated, he thinks, in an environment with powerful gradients of ions that could be drawn on as a source of energy. He finds such an environment in deep sea hydrothermal vents, specifically alkaline vents. These vents pour out water powerfully enriched with ions, and the reaction between their alkaline waters and slightly acidic water of the ancient ocean would have released a lot of energy that life could capture. Lane offers an elaborate theory of how tiny cells could develop in the porous rocks that surround these vents (see above), using the energy of the ion gradient to assemble membranes and other structures.

It is an impressive theory, and it seems almost plausible until you remember that it has no role for DNA or RNA. How could the genetic code, which seems so fundamental to everything life does, somehow be added to a chemically sophisticated cell? Beats me.

But, anyway, Lane's ideas are interesting, and it is fascinating for someone who received his scientific education in the 1980s to read about the incredible molecular machinery of the cell. Most of what Lane discussed was only guessed at the last time I sat in a science class, and it is very cool stuff. 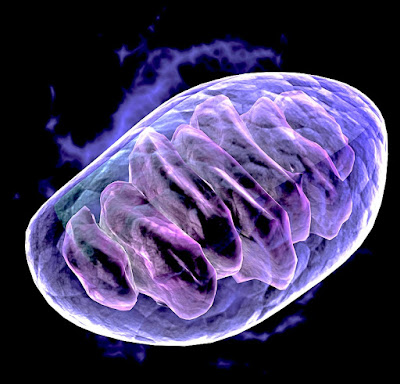 The origin of life actually gets less space in The Vital Question than another topic, the origin of complex life. For the first few billion years, all life on earth was bacterial. Bacteria are chemically inventive and diverse, but structurally primitive. Not until the origin of a new kind of cell could multicellular life arise and create the astonishing variety of forms we see around us. The new type of cell was eukaryotic, that is, with a nucleus. To Lane the nucleus is a red herring; what really makes the new cells special is mitochondria. The mitochondria are little powerhouses where the cell carries out respiration, burning fuel to make ATP. As we just saw, that process involves pumping ions across membranes, so the interior of a mitochondrion is full of elaborately folded membranes, providing lots of surface area for these reactions. Mitochondria have their own DNA, from which we know they descend from bacteria that once lived as symbionts inside some larger bacterium. However, they have very little DNA compare to a free-living bacterium. Because they have only the genes strictly necessary for their one task, they are very efficient at that task. After a very long and complex argument that I only half understood, Lane ends up showing, to his satisfaction, that this efficiency is the key to life's explosive diversity. Because mitochondria have a vastly higher ratio of energy produced per gene, they allow eukaryotic cells to assume manifold new and complex forms, and eventually to join together into complex organisms like oak trees, and us.

As I said, I didn't really follow. But The Vital Question is a fascinating book, full of both data and speculation at a high level. If these questions intrigue you and you remember the basics of first year chemistry and biology, you might find it very worth your while.
Posted by John at 5:53 PM

Ultimately, we always seem to come back to the same point of mystery if we try to trace things back far enough.

I once got into a discussion with a biologist friend of mine about what, exactly, causes the impetus that sends a signal from our brain to our fingers to make them move. They starting going into great details about the mechanisms in play, but I stopped them and clarified - I wasn't interested in the mechanisms, I wanted to know what the trigger was.

Specifically, I wanted to know what prevented the whole chain of bio-chemistry from going off at any given moment in time, only for it all to go off later when we choose to move our fingers. If the entire system is primed to fire, what triggers it?

Yes, there's an electric signal sent. Yes that signal is produced chemically. But chemicals have no agency - they don't choose, they just react. If the conditions for a reaction are met, it happens. If not, no reaction. And most importantly, chemicals don't just sit there with the conditions a reaction met and NOT react.

So why is it the reaction that sends the impulse that moves my finger doesn't happen until I choose to wiggle my finger? I mean, you can force it to fire involuntarily by introducing external factors like a jolt of electricity, or in the form of random spasms and ticks, but... in the absence of outside influences, what exactly changes from one moment to the next when I decide to wiggle my finger, and how does it change? Yes, certain ions cross certain barriers and membranes, that sort of thing - but why only then? Why not at any time before that?

My biologist friend couldn't offer much explanation. All they knew was the bio-chemical operations, not the causality of it. The final impetus, the thing that sets all the mechaisms into motion, remained elusive. We both could conceptualize it, but neither of us could say anything about it other than that it just sort of happens.

The same sort of problem crops up in physics. We can observe that reality follows certain laws, but we can't say why it does so - only that it does. We can measure gravity, and even speculate on it's nature, but it is for all intents and purposes a "fundamental" force - it simply is.

At a certain point, it seems everything becomes bizarrely binary in ways that don't make much sense. Worse still are the philosophical implications - if we're all just chemistry in action, doesn't that suggest a sort of determinism? That my "choosing" to wiggle my finger at X seconds rather than at Y seconds isn't actually choice, but rather is just the predictable results of the proper conditions being met to set off my chemical reactions?

Is it simply quantum uncertainty at work? Is the only difference between my wiggling my finger at X seconds or at Y seconds the effects of pure chance and randomness on a quantum scale? And if so, wouldn't that logically extend to apply to everything, including our thoughts and feelings? Is life simply the end result of quantum uncertainty? Is consciousness and cognition? Is thought itself literally a fundamental universal quality of sufficiently complex matter and chemistry?

Whoof. Too much navel gazing. I need to go have a snack and think about something less intangible and ineffable for a bit.