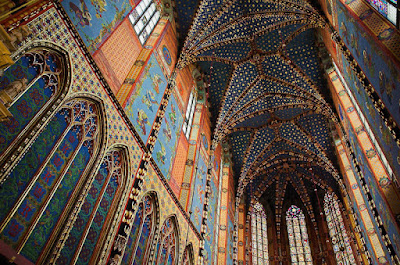 The Church of Our Lady Assumed into Heaven, alias St. Mary's Church, is Krakow's most famous medieval monument. The first church on this spot was destroyed during the Mongol conquest of Poland, in 1241. The church is most famous in Poland for a bit of trumpet music:


On every hour, a trumpet signal—called the Hejnał mariacki—is played from the top of the taller of St. Mary's two towers. The plaintive tune breaks off in mid-stream, to commemorate the famous 13th century trumpeter, who was shot in the throat while sounding the alarm before the Mongol attack on the city. 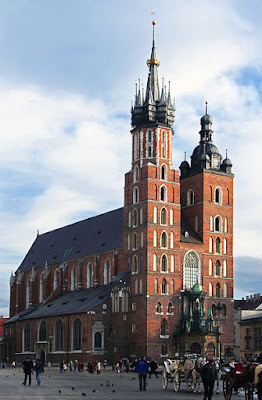 Construction of the current church began in 1290, but no sooner was it complete than Casimir the Great rebuilt it, raising the roof, elongating the windows, and making many other changes. That was between 1355 and 1365, and the basic structure of the church dates to that period.The towers and the side chapels were built mainly in the fifteenth century, although the taller tower was not completed until the 17th century. 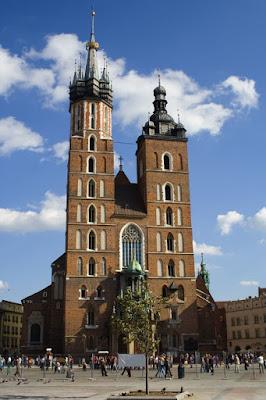 But anyway the outside of the church is very fine but not especially remarkable. 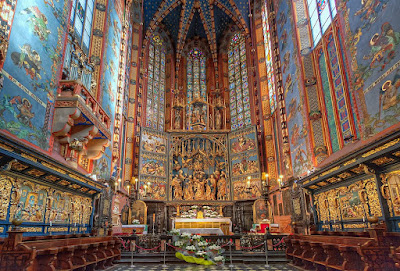 The most striking thing about the church is the interior, which was completely remodeled in the 18th century. 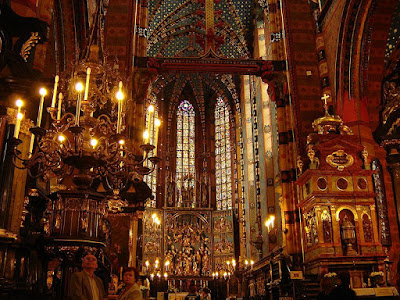 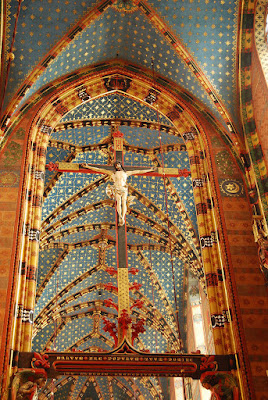 Baroque designers did not understand the concept of "too much." 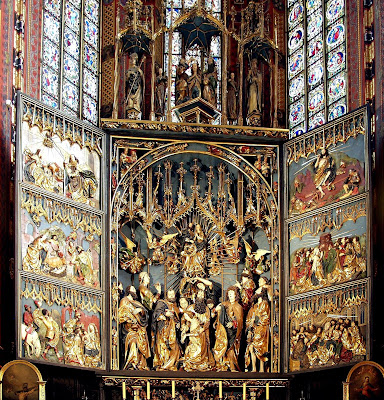 The other famous thing about the church is the altarpiece, carved between 1477 and 1489 by Veit Stoss. 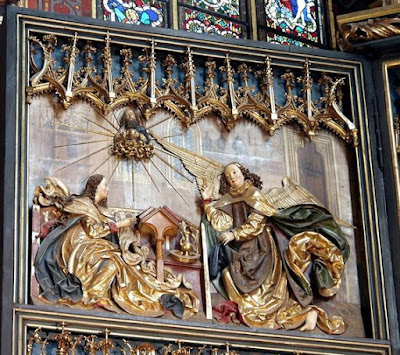 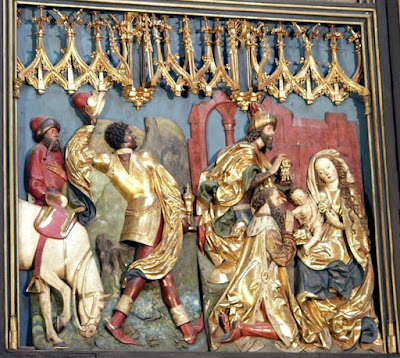 It shows nine scenes from the Virgin's career; above, the Annunciation, and the Three Kings. 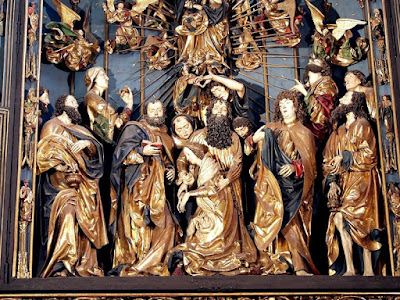 The Dormition. (Mary "falls asleep" before being taken bodily into heaven.) 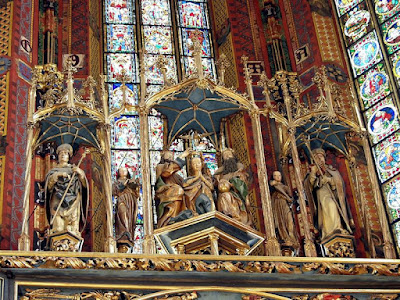 The coronation. In 1941 the Altar was dismantled and shipped to Germany by perfidious Nazis. It was recovered in 1946 in Bavaria, hidden in the basement of Nuremberg Castle, which had been heavily bombed. It was shipped back to Poland and restored, and was re-installed in 1955. 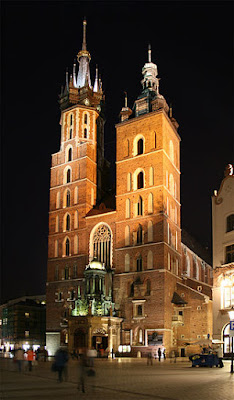 An amazing and fascinating place.
Posted by John at 11:47 AM