David Roberts has a long article at Vox about nerds who seem smart about so many things but either don't understand or refuse to understand politics. It's very interesting because it brings out some of the many ways smart people miss the whole point of democracy. He spends a while on Tim Urban, the creator of the explanatory site Wait but Why and a sort of nerd star. One of Urban's best explainers is on climate change, but although he grapples with the science he refuses even to comment on the politics:


This is a highly politicized issue, but this post has no political agenda. I’m not political because nothing could ever possibly be more annoying than American politics. I think both parties have good points, both also have a bunch of dumb people saying dumb things, and I want nothing to do with it. So I approached this post—like I try to with every post—from a standpoint of rationality and what I think makes sense.

See? There seems to be thousands and maybe millions of people like this in America, people who understand cars or computers or both but just throw up their hands at politics. Later on in the same post, Urban says this:


When it comes to a carbon tax, the only explanation for not having one seems to be the power big oil has over the US government—because to me, it seems like every politician in either party should be in favor of a revenue-neutral carbon tax. Right?

Only a hyper-rational nerd can fail to understand why so many people distrust the schemes of technocrats and would rather not hear about your plan to transform the world.

And then there these people: 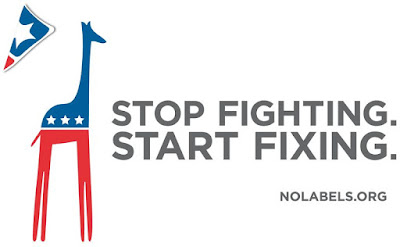 Because, you know, what to do about poverty or racism or education is perfectly obvious and the only reason we don't do it is because we are distracted by partisan politics.

That was sarcasm, in case you were wondering.

I do understand where these people are coming from; I used to be a rational centrist myself. What I eventually learned is that politics is not just about solving problems. It is about creating a narrative for a whole society. People like Tim Urban and the No Labels folks want the narrative to be about rolling up our sleeves and getting to work like engineers faced with a balky generator. Conservatives and liberals don't just have different ideas about how to solve our problems, they want to tell a different story about who we are and how we got here and where we are going.

It certainly can be maddening when the narratives get in the way of solving urgent problems. I think a carbon tax would be a great idea, too. I think that right now the Republican Party is wedded to a narrative that has become actively destructive of America, and even more destructive of the Middle East. Which is why I vote Democrat. But to not understand why conservatives resist social engineering requires a willful blindness to how most humans think and feel, a sort of smug indifference to the irrational choices of all the little people scurrying pointlessly around the suburbs. Smart people, even nerds from somewhere out on the spectrum, ought to be capable of more insight than that.

Tim Urban and lots of other nerds claim to care about the future of the planet. If they really do, they need to roll up those sleeves of theirs and figure out how to do politics.
Posted by John at 7:20 AM