The Great Drought of 1540 and the Problem of Climate Modeling 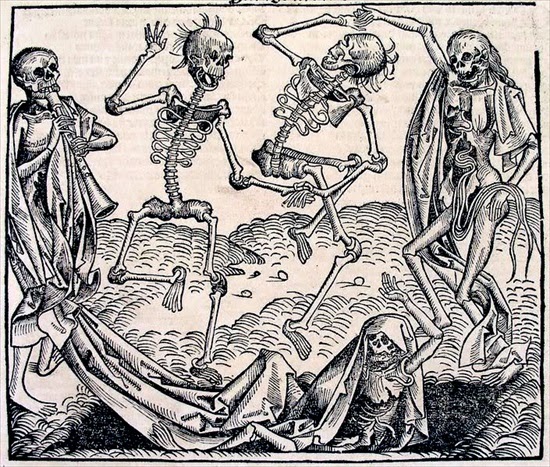 The reason it is hard to predict climate change and even measure it while it is happening is that the climate is highly variable. The sixteenth century was on the whole cooler than the twentieth, but a case can be made that in Europe 1540 was the hottest year of the past thousand:


The heat waves of 2003 in Western Europe and 2010 in Russia, commonly labelled as rare climatic anomalies outside of previous experience, are often taken as harbingers of more frequent extremes in the global warming-influenced future. However, a recent reconstruction of spring–summer temperatures for WE resulted in the likelihood of significantly higher temperatures in 1540. In order to check the plausibility of this result we investigated the severity of the 1540 drought by putting forward the argument of the known soil desiccation-temperature feedback. Based on more than 300 first-hand documentary weather report sources originating from an area of 2 to 3 million km2, we show that Europe was affected by an unprecedented 11-month-long Megadrought. The estimated number of precipitation days and precipitation amount for Central and Western Europe in 1540 is significantly lower than the 100-year minima of the instrumental measurement period for spring, summer and autumn. This result is supported by independent documentary evidence about extremely low river flows and Europe-wide wild-, forest- and settlement fires. We found that an event of this severity cannot be simulated by state-of-the-art climate models.

That's the abstract to an article in the most recent issue of Climate Change, which wants the absurd sum of $39.95 for access to a single article. According to the German summary in Der Spiegel, the winter of 1539-40 hardly happened -- January was like July, one chronicler in Italy wrote. Little snow fell over the winter, and spring and summer rain was less than a third of the usual amount. By the end of summer in 1540 Europe's rivers carried only a tenth of their usual flow. People waded across the Rhine. The number of very hot days (hot by European standards, that is -- over 30 degrees C or 86 F) was three times the usual amount. Then came the fires, as bone-dry forest burst into flame; whole districts of Germany were smoke-shrouded for weeks. Dozens of towns were burned. As wells ran dry, people turned to unsafe water sources, and thousands did of cholera. The harvests were terrible and grain prices skyrocketed. The only bright spot was that the surviving grapes produced an extraordinary vintage of wine -- like gold in the glass, said one vintner.

The problem with the models we use to predict climate change, as the authors note, is that they cannot account for the actual variability of the earth's climate. No existing model can be coaxed into producing the European disaster of 1540. So the models might be wrong in predicting gradual warming over the twenty-first century as the CO2 concentration increases; after all, the amount of CO2 in the air is rising to levels earth not seen in 10 million years, so we don't have much data on what might happen. The thing is, the models might just as well be wrong in either direction -- maybe things won't be as bad as they predict, but maybe they will be much worse.
Posted by John at 4:23 PM