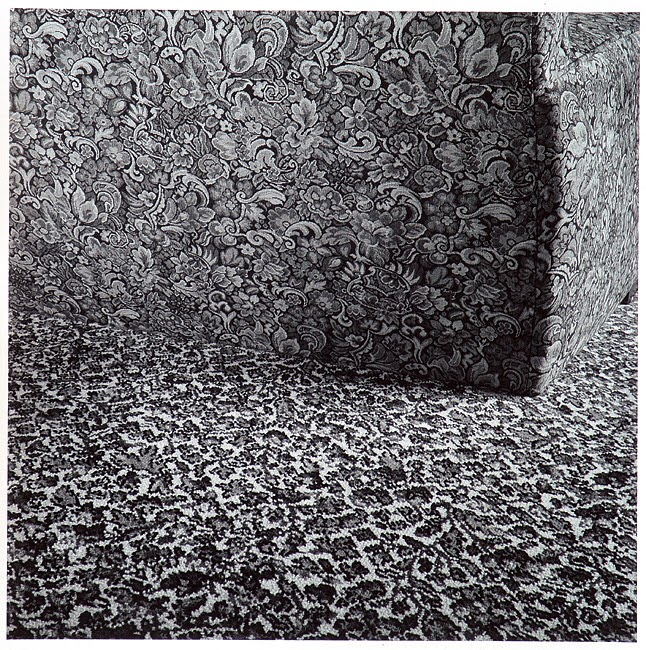 Fiona Hall is a contemporary Australian artist, born 1953, now a star of biennials and such like. Lots of images of her work at the Roslyn Oxley9 Gallery website. She got a degree in painting from the National Art School in Sidney, then took an MFA in Rochester, New York, focusing on photography. She started out professionally as an avant garde photographer; above is Leura, New South Wales, 1974. 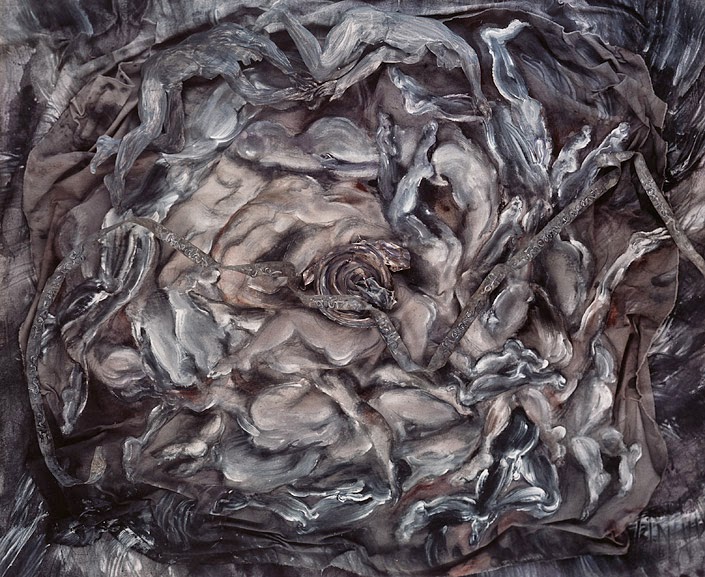 But she continued to paint; this is Dante's Inferno, Canto V, The Circle of the Lustful, 1988. 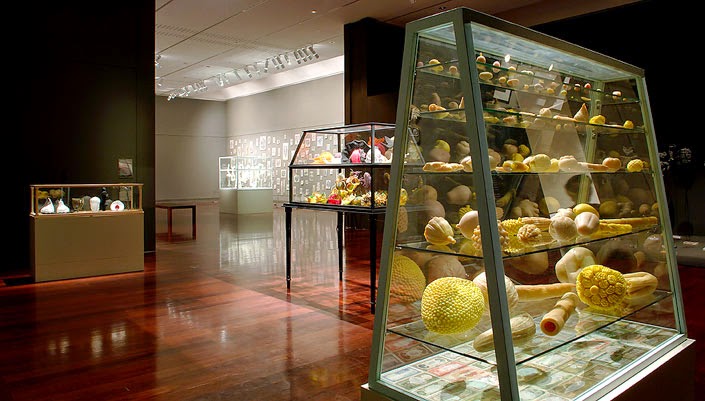 She first attracted major attention for mixed media installations, including some that mocked anthropological museum displays, like this one from 2005. 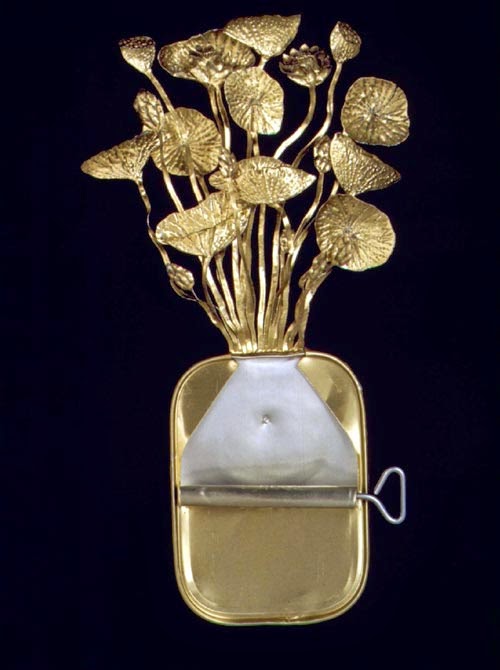 Hall went through a phase of making art from trash, as many African and Haitian artists do. This is Lotus, 1999, one of a whole series of erotic/floral works she made from sardine cans. 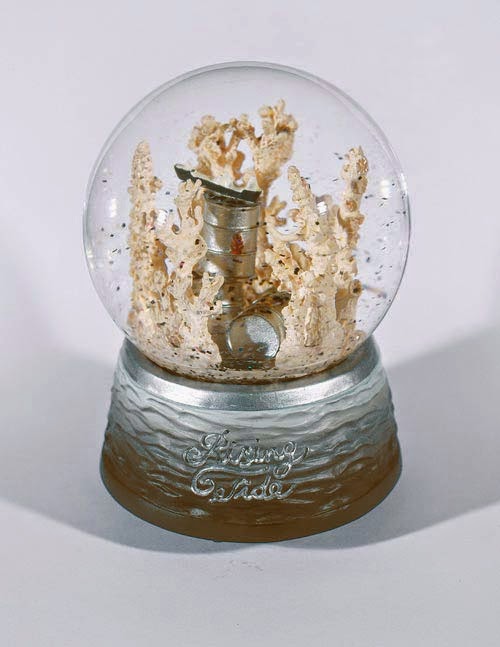 Rising Tide, 2002, one of her snow globes. There is an environmentalist theme to much of her work, and I suppose this has something to do with oil drilling and global warming. 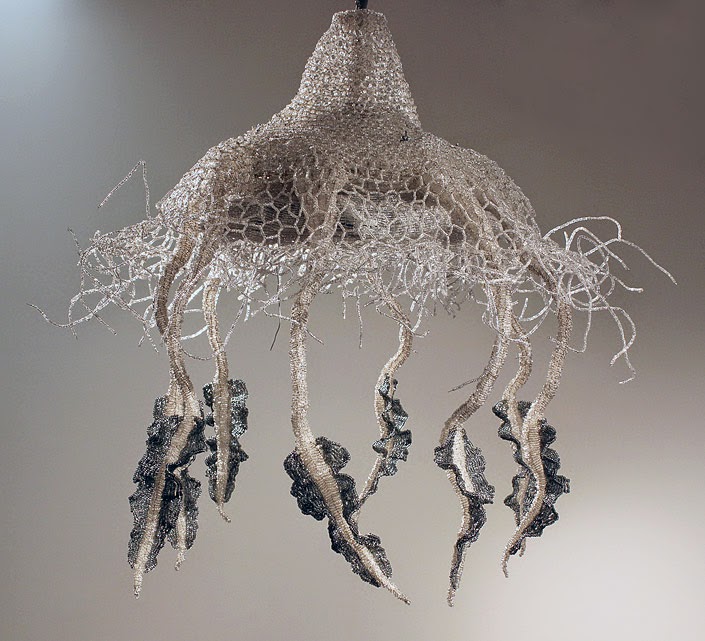 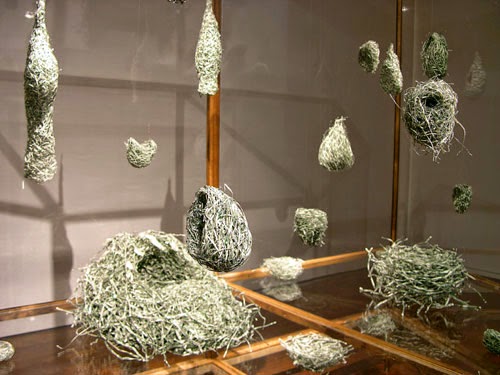 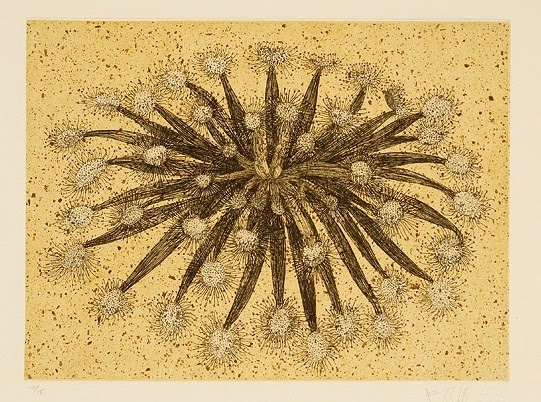 Lately she has gone back to more traditional sorts of flat work, like painting and etching. Sundew, from a collection of etchings titled Insectivorous, 2006. 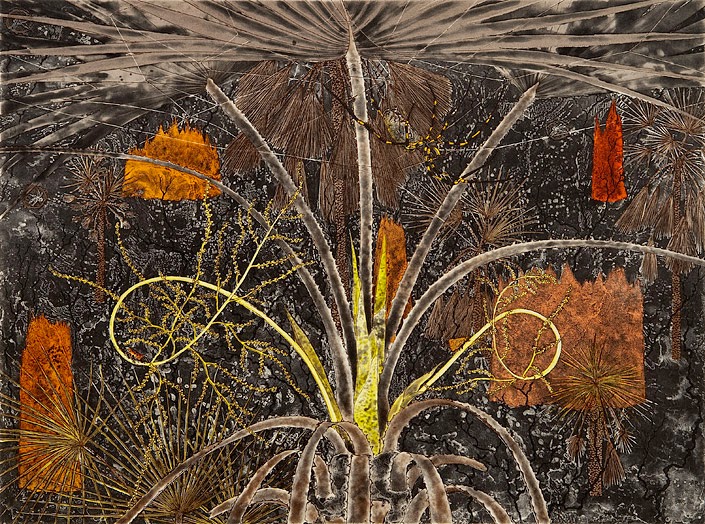 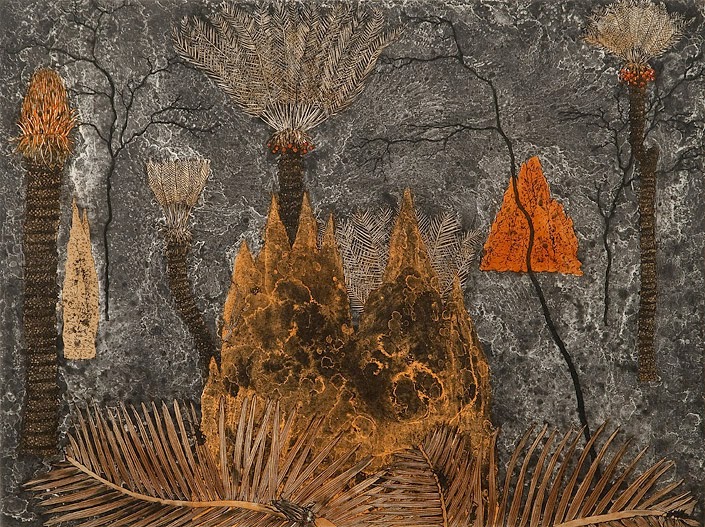 These are described as "etching on Hahnemuhle cotton rag paper." Above, Fan Palm, and below, Cycads, from her Burning Bright exhibition of 2011. I like these. As for the experimental parts of her oeuvre, well, she certainly has a wide range, and hasn't gotten stuck in a rut, and has made her living as a creator of strange things, so kudos to her.
Posted by John at 7:29 AM