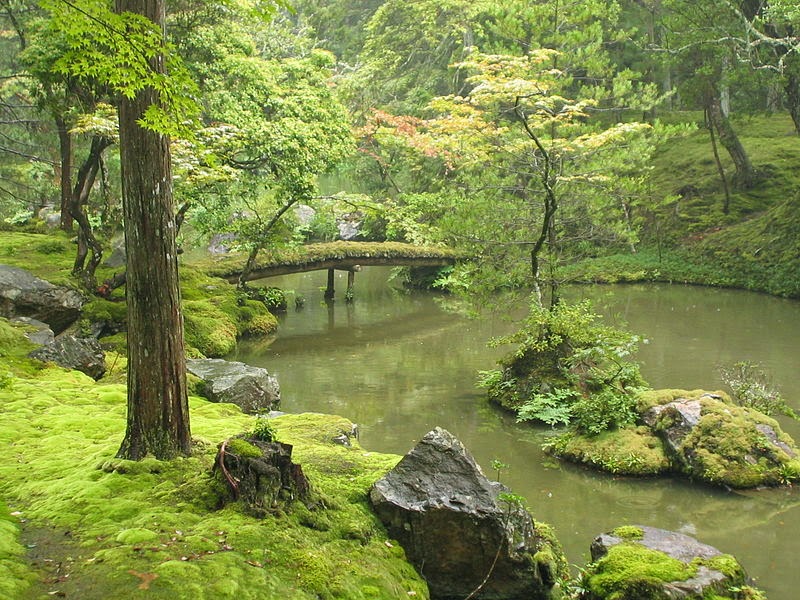 One of the many claimants for the title of most beautiful garden in Japan is at Saiho-Ji in the western district of Kyoto. This Zen Buddhist shrine is popularly known as Kokedera, the Temple of Moss. The site is an ancient Shinto holy site that was converted to Buddhism around 1300. In 1339, the famous Zen monk Musō Soseki became the head priest of the temple and he embarked on a rebuilding program that included remodeling the garden. Since then the temple's buildings have all been destroyed and rebuilt many times but the lower part of the garden remains much as Musō Soseki imagined it. 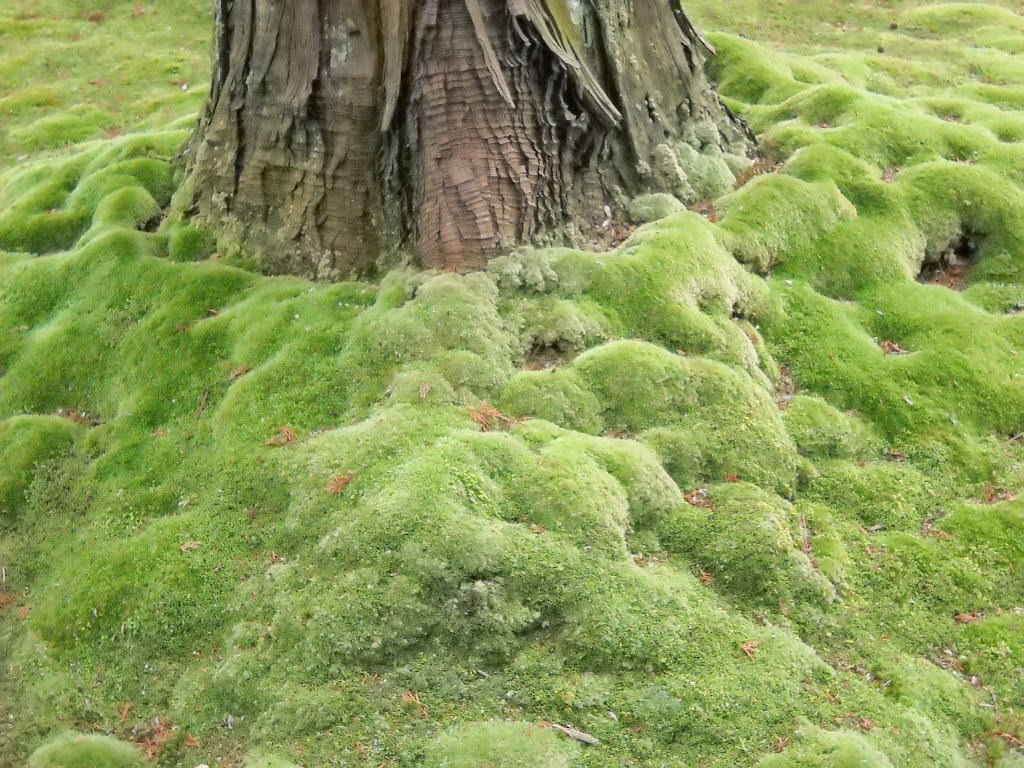 I have been fascinated by moss since I was a child, and I have long imagined building a moss garden. To me moss means rest in the cool shade, my version of paradise. I have spent many of my happiest hours along streams in the Blue Ridge or on Mt. Desert Isle, under the dark shade of hemlocks and rhododendrons, watching water flow past rocks covered with moss and ferns. 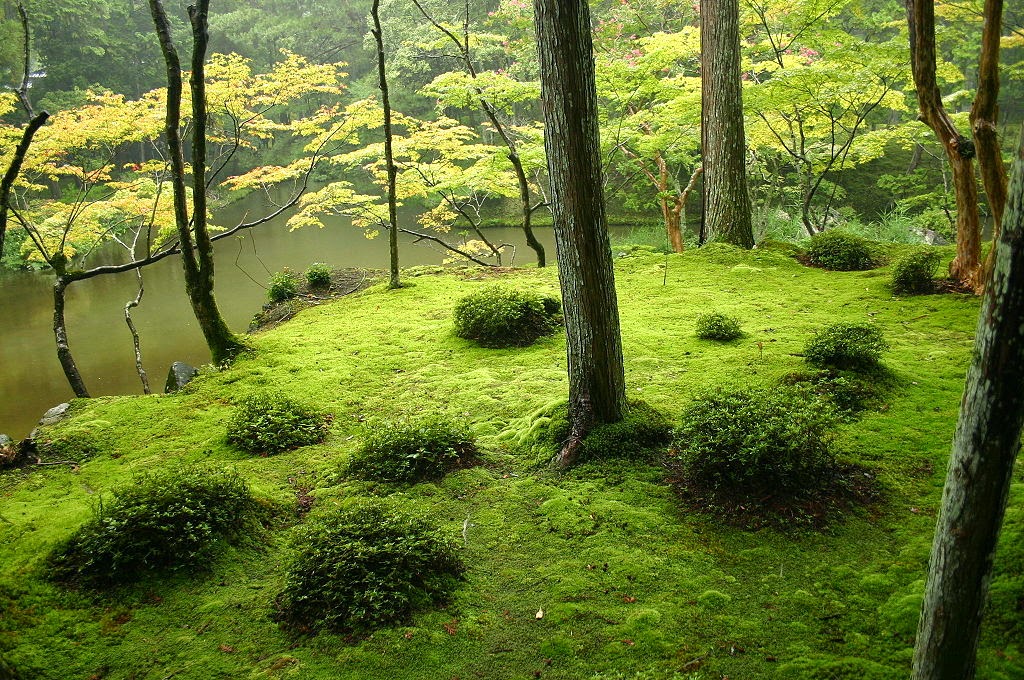 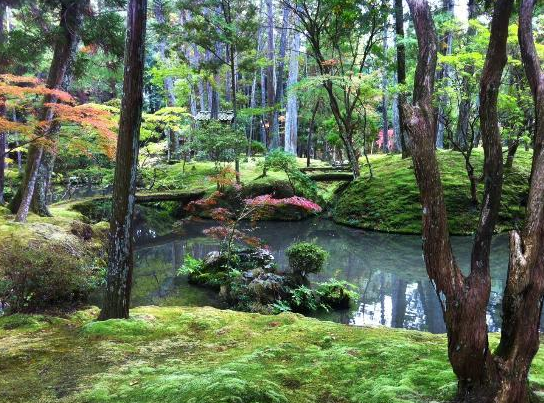 So I was much delighted to turn a page in a library book on Japan's World Heritage Sites and find a chapter on Saiho-ji: here, made real, is the moss garden of my imagination. The lower garden is laid out around a pond shaped to form the Chinese character for mind, kokoro in Japanese. 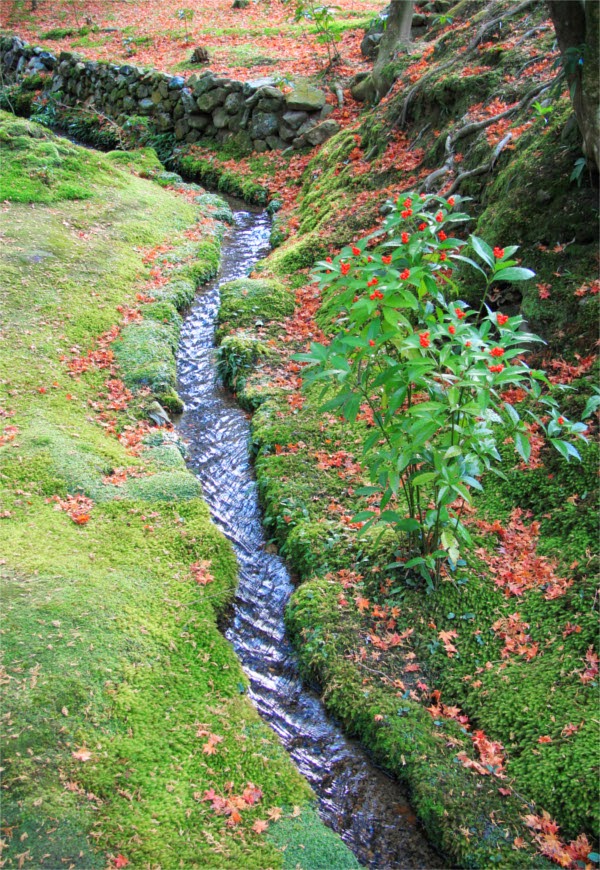 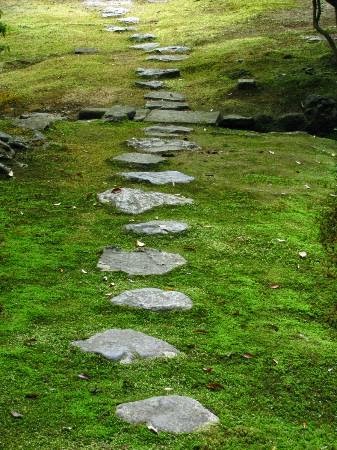 Besides 120 varieties of moss, Saijo-ji's gardens have other things that have long been part of my imagined world, such as tiny streams and stepping stones. 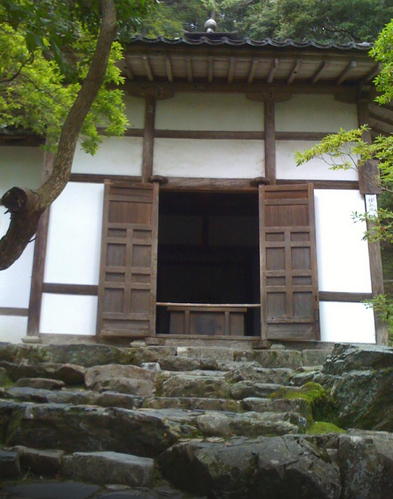 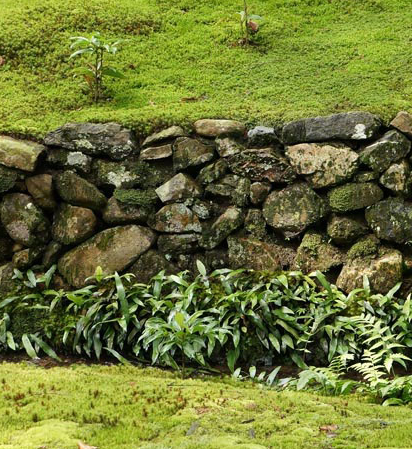 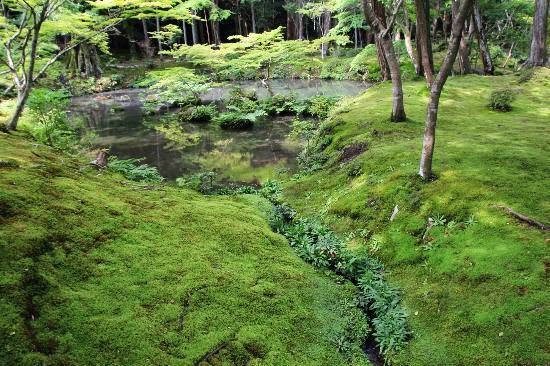 What a place of delightful peace. Musō Soseki intended the garden to be a place of meditation, and I am sure it would work wonderfully for me.
Posted by John at 7:50 AM