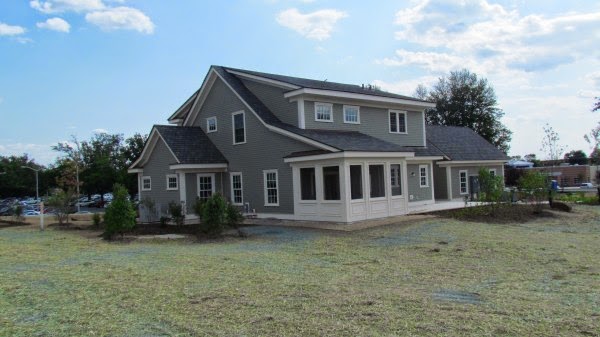 The National Institute of Standards and Technology has built a test home that returns more energy to the grid than it uses:


The home generated a surplus 491 kilowatt hours of energy in its first year of operation, according to a report on the agency’s Net-Zero Energy Residential Test Facility released earlier this month. . . .  There are other net-zero projects around the country, says A. Hunter Fanney, chief of NIST’s Energy and Environment Division, but NIST’s house is unique in achieving net-zero energy consumption without skimping on the comforts of a regular home. The home touts a long list of energy-saving technologies and design features, from geothermal heat pumps to smart energy zones that concentrate power only where it’s needed. With the exception of the five solar panels on the roof—a large one which converts solar power into electricity and four smaller panels that convert solar into heat energy—the home looks indistinguishable from what you might find in any comfortable neighborhood in the Gaitersburg area.

The catch is that all this energy generating and saving technology would cost about $160,000, so it would take the average family about 28 years to earn back the investment.

In the long haul, though, this is quite important -- you can quit worrying that our civilization will collapse when we run out of fossil fuel, because we already have the technology to keep things running at a fraction of the energy we are now consuming.
Posted by John at 3:21 PM