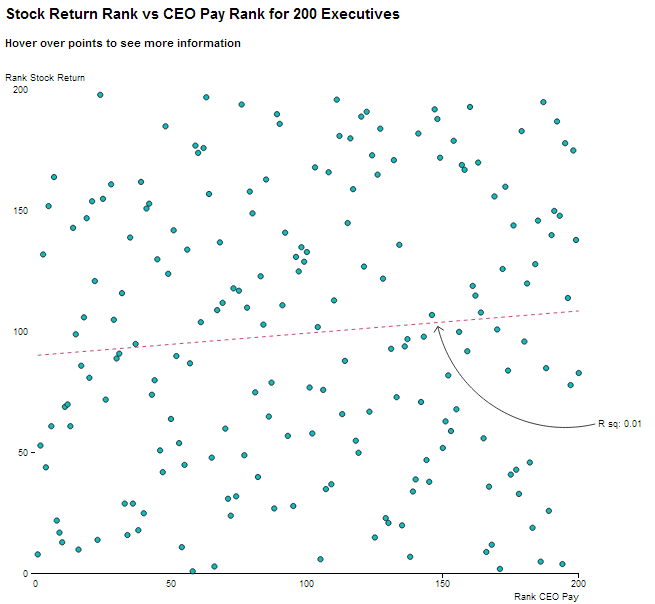 Bloomberg graphed US CEO pay vs. company performance and produced the scatter graph above, which I have to say is the single most random data set I have ever seen:


An analysis of compensation data publicly released by Equilar shows little correlation between CEO pay and company performance. Equilar ranked the salaries of 200 highly paid CEOs. When compared to metrics such as revenue, profitability, and stock return, the scattering of data looks pretty random, as though performance doesn’t matter. The comparison makes it look as if there is zero relationship between pay and performance.

Capitalism!
Posted by John at 2:33 PM