BBC News has a good feature on the work of the Norfolk Medieval Graffiti Survey, which is one of several groups in the UK trying to document all surviving medieval graffiti before it disappears. Ships like the one above in Bassingham are fairly common, possibly carved to give thanks for surviving storms at sea.

Compass-drawn circles like these from Great Gonerby are another common type. 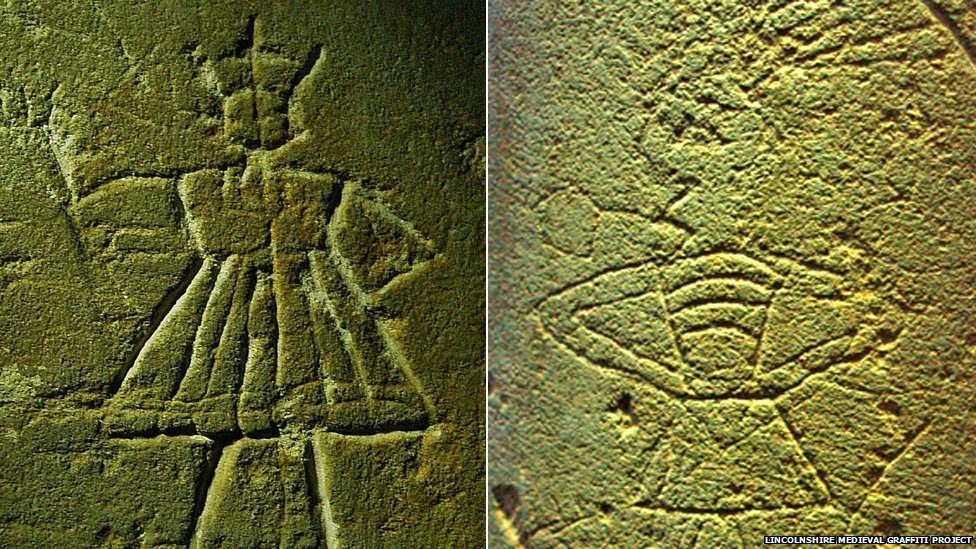 Graffiti like this strikes people very differently, and it is hard to know who is right. To some people it seems mainly like random doodling, but to others it is a link to a non-official medieval religious culture full of pagan elements and anti-clerical sentiments. To Brian Porter, who records graffiti in Lincolnshire, these look like images of straw men -- figures made of straw and burned as part of harvest celebrations in many parts of Europe -- and he takes this to be a sign that pagan traditions remained strong despite the church's efforts. I would call that a stretch, but then, who knows? 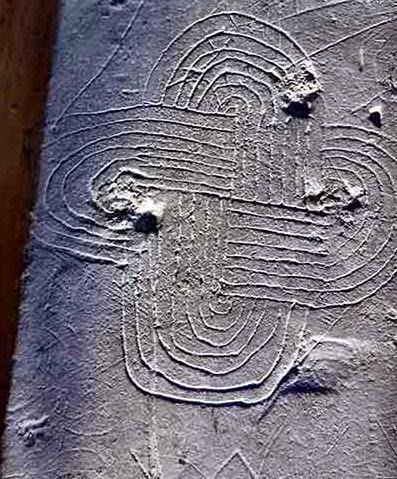 The Guardian has a nice set of images from another graffiti-recording effort in Suffolk. This design is known as "Solomon's Knot" and historians think it was used to avert the evil eye or keep away devils; this example is from Lidgate. 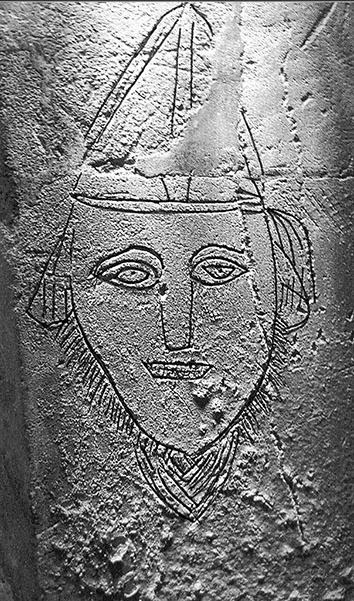 Complex bird design from Dalling (overdrawn with black to make it visible). 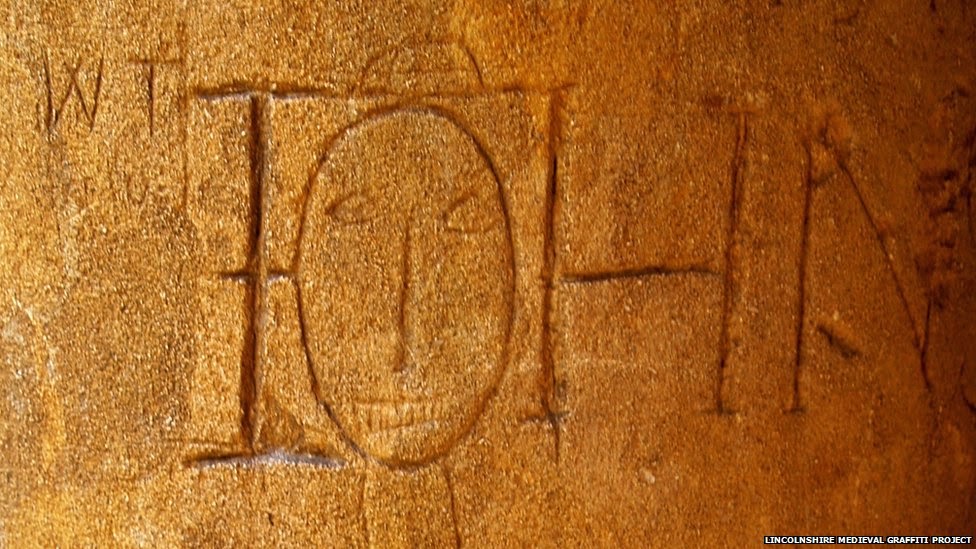 I am wondering how I can turn this into a new signature for myself. (From the cloister of Lincoln Cathedral)
Posted by John at 7:35 AM

For clarification, I do not think the images are of straw men. This is a misunderstanding of what I said. One image was identified as a May King possibly with straw clothing. Or it could be Henry 8th, we do not know.
It would be helpful in future if people could contact me directly for a quote rather than misquote me from another source.
Best wishes from Brian Porter