Oh, the Weirdness of the Moche 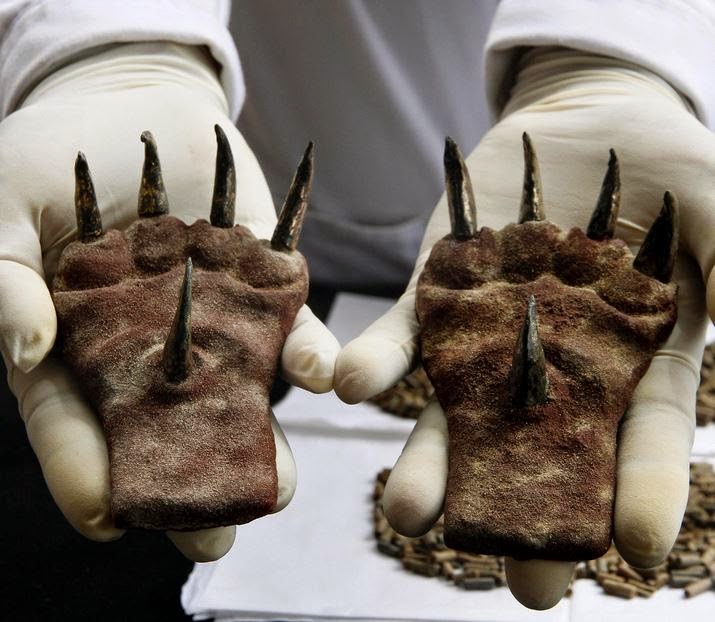 The latest from the gold-crazy, sacrifice-mad denizens of Peru's coast: metal cat claws from an elite tomb in suburban Trujillo, about 1500 years old. The History Blog:


Big cats and deities with feline characteristics played an important role in Moche cosmology. They are frequently depicted in figurines, murals and painted on ceramic vessels. One of the painted friezes at the Temple of Moon, as a matter of fact, depicts large felines attacking and killing human victims, and a feline features prominently on what may be the most important artifact discovered in the tomb: a pyramid-shaped copper scepter which is topped with the face of a feline, fangs bared. The four sides of the scepter are also decorated, three of them with warriors displaying their weapons and the fourth with a large cat that has just killed a nude prisoner. 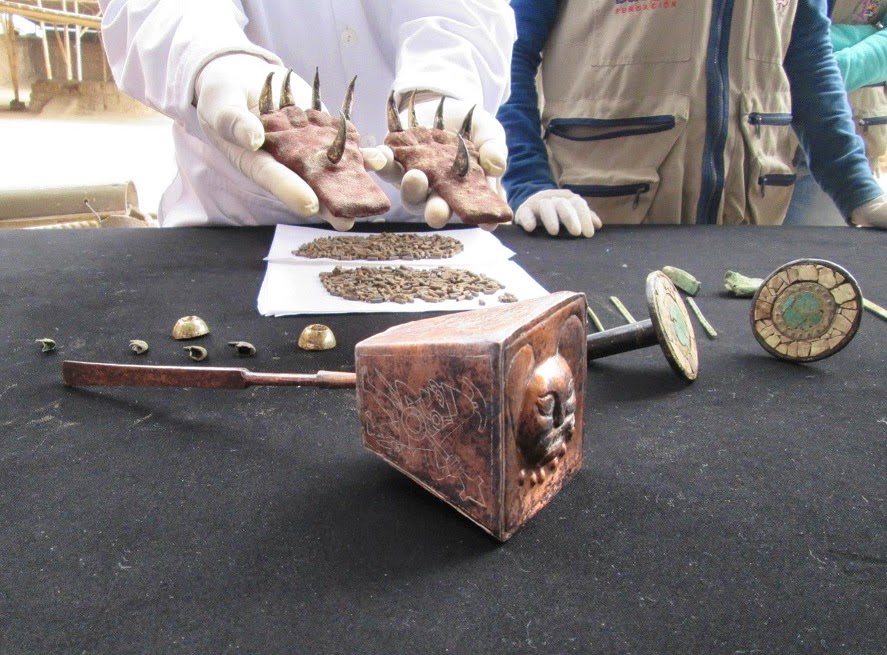