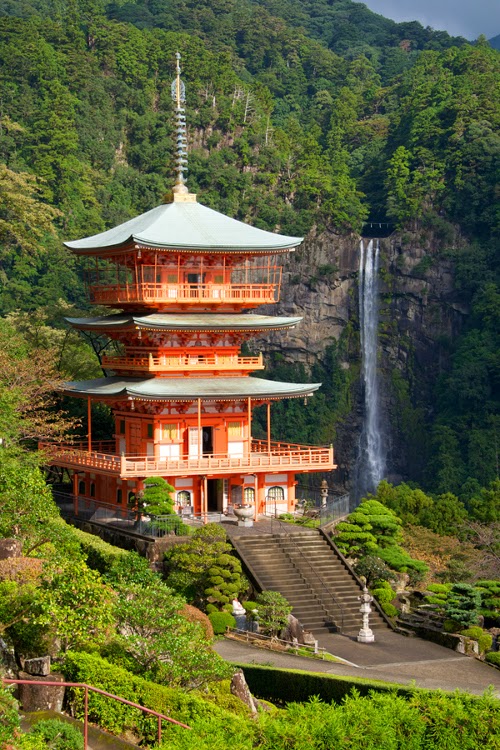 Kumano is a region on Japan's Kii Peninsula that has been a destination for pilgrims since the 11th century. 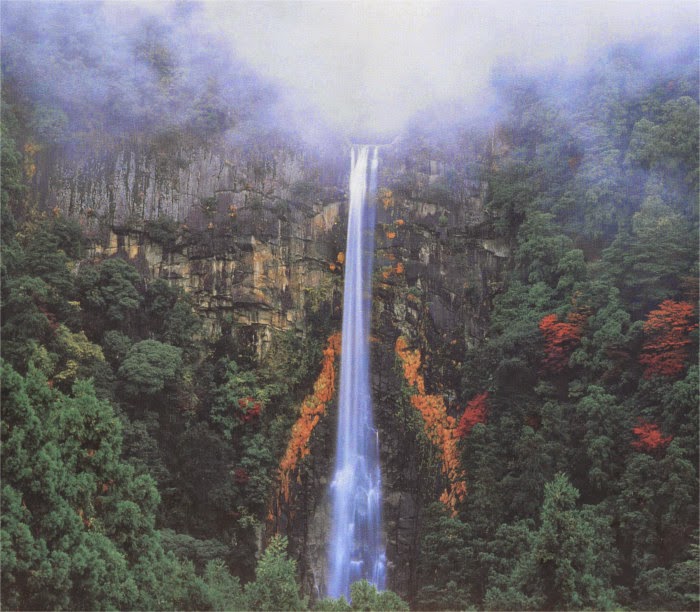 The region's spiritual significance arose from its geography, specifically Japan's highest waterfall and a famously impressive rock. When Buddhism came to Japan in the 6th century these ancient sites of animist worship were reinterpreted as a Pure Land, and monks went there to live ascetic lives in the purifying mountains. By the tenth century the three major temples of Kumano had all been founded: Kumano Hongū Taisha, Kumano Nachi Taisha and Kumano Hayatama Taisha 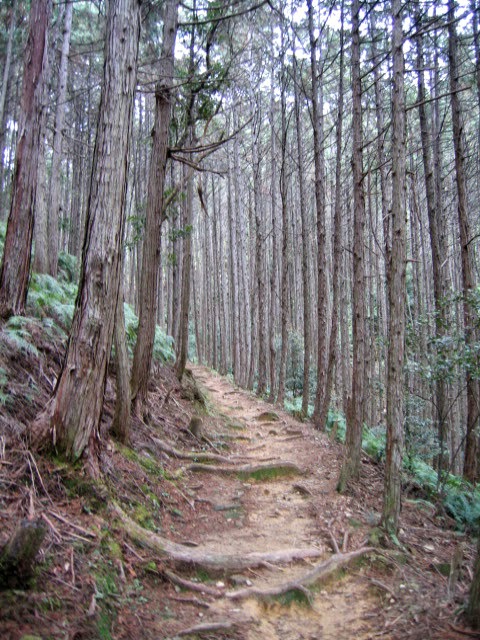 In the eleventh century, Japanese Buddhists grew concerned about the fate of the world. By one calculation it was the start of an era designated Mappo, when the Buddha's powers were weakened and disasters would befall society. In an attempt to avert this catastrophe, the Emperor made a pilgrimage to Kumano. A precedent was set, and over the next two centuries important members of the imperial family journeyed to Kumano more than a hundred times. 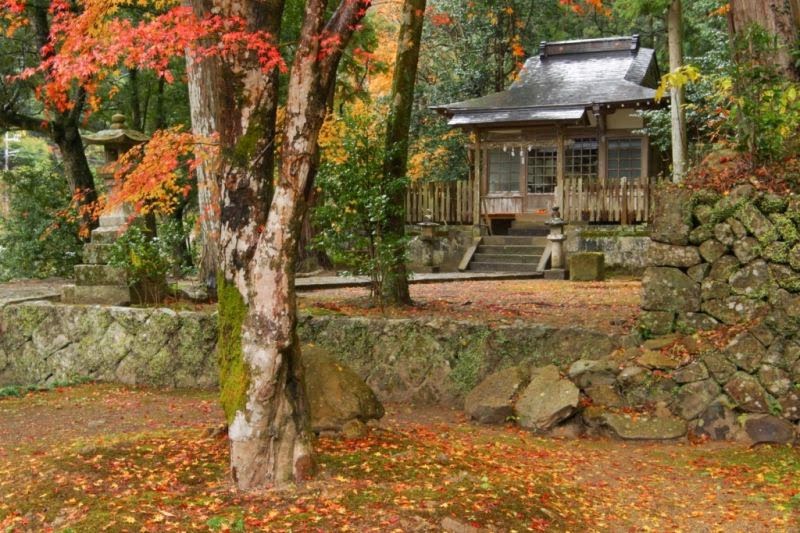 The route pioneered by monks was made famous by the emperors, and the notion gradually spread, first to Samurai and then, by the sixteenth century, to anyone who could afford it. 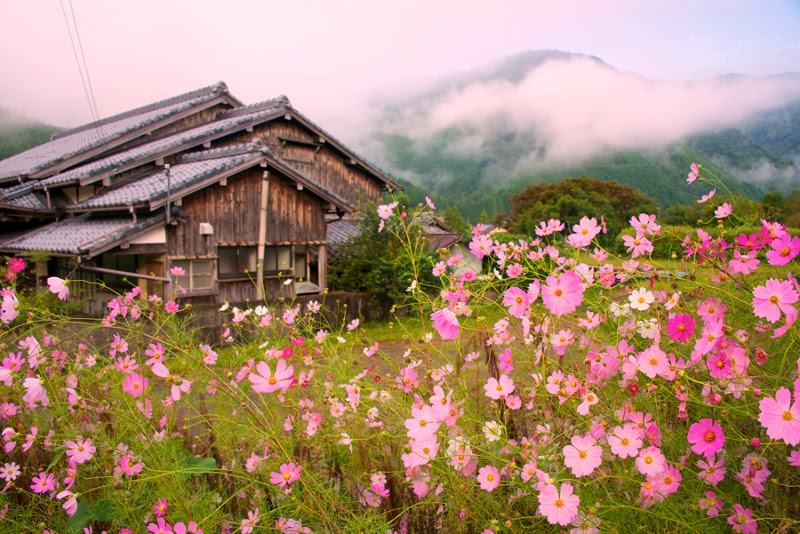 There are actually several different routes to Kumano, but all cross rugged mountains through spectacular scenery. 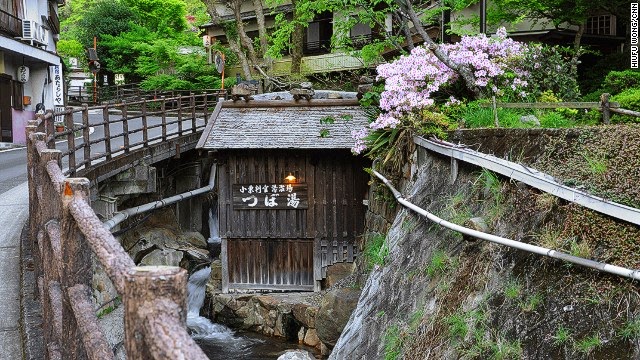 One of the more popular routes begins at this hot spring, Yunomine Onsen, where pilgrims prepare for their journey with a purifying bath. 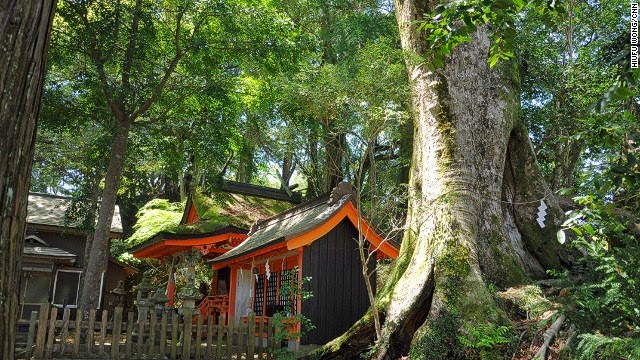 Along the way the trails pass many small shrines, some set up around strange rocks or ancient trees in the best Shinto style. 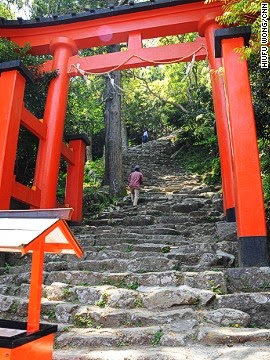 The journey is physically demanding; the ascent to this shrine requires the pilgrim to climb 538 steps. 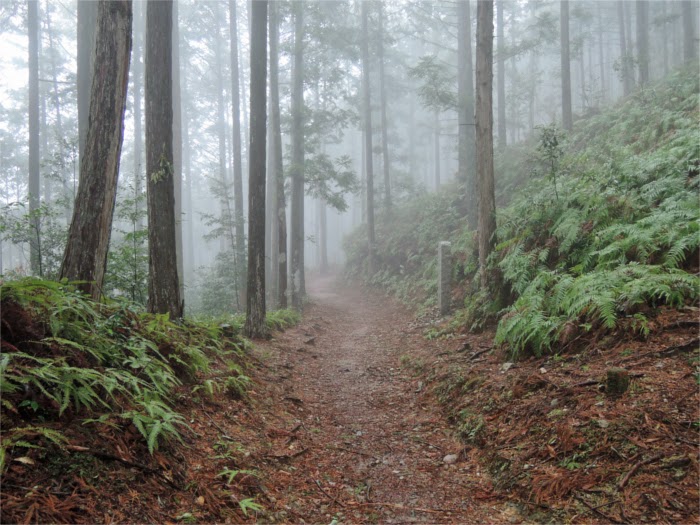 Much of the route still follows the ancient foot paths trod by medieval emperors. 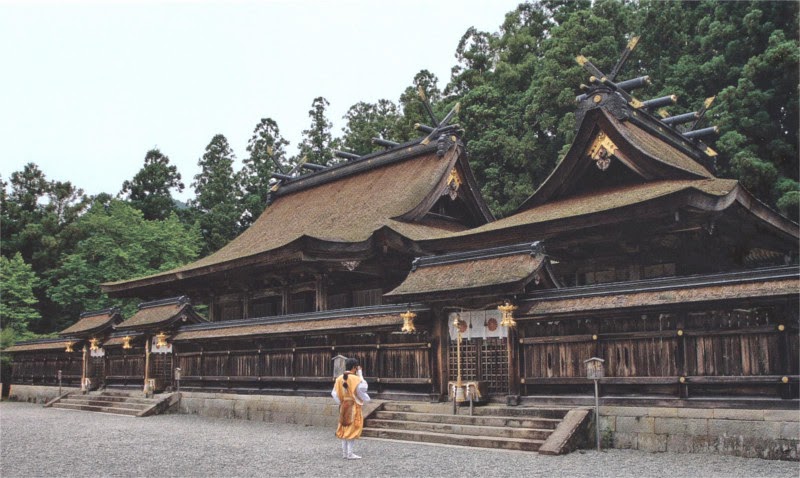 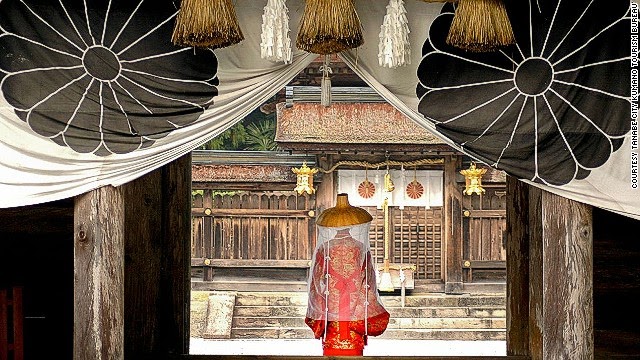 The temples at the end of the journey have been rebuilt many times, as with most Japanese temples, but they still have the same essential layout and design as they did in the 11th century. Traditional costumes appear in many photographs of the pilgrimage today; besides priests and guides, it seems that some of the Japanese who make the journey do so in traditional garb, the better to get in touch with the authentic Japanese-ness of the experience. 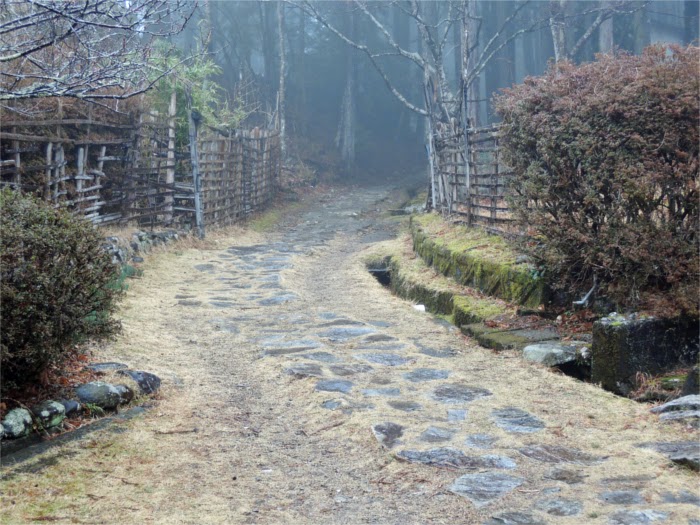 I find these Japanese pilgrimage routes very appealing, and should I ever find myself in Japan I think I would rather walk one of these ancient trails than do anything else. But I would worry about intruding, tourist-fashion, into something that belongs to the Japanese. 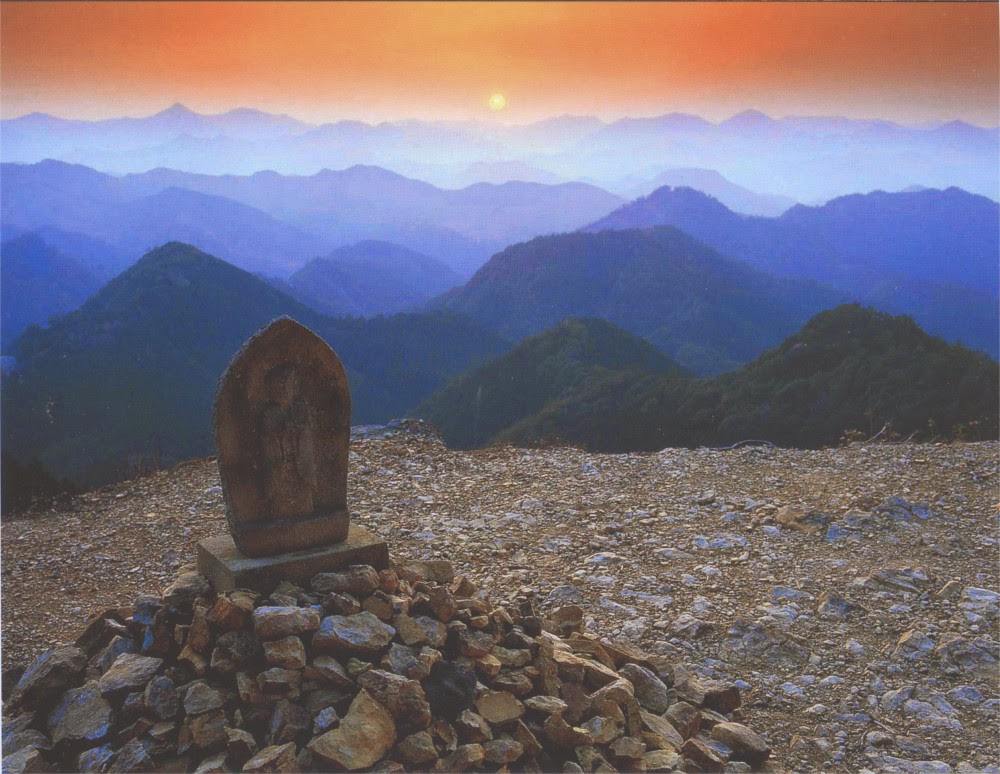