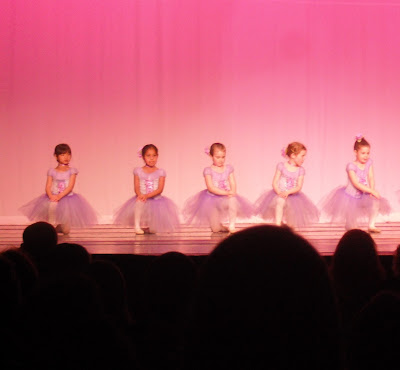 Clara's ballet recital was today; that's her on the far left. Her mother was at work, so it fell to me to get her to the event. I took her into the backstage area, a chaotic swirl of girls and women and costumes, and noticed that I was the only male among the 150 or so people in the room. Gulp. 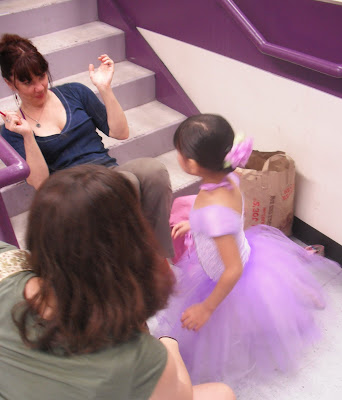 Fortunately my sister-in-law was on hand to do Clara's hair and make-up; the notion of me trying to apply blush and tie hair into a bun is, depending on your point of view, either comical or deeply tragic. 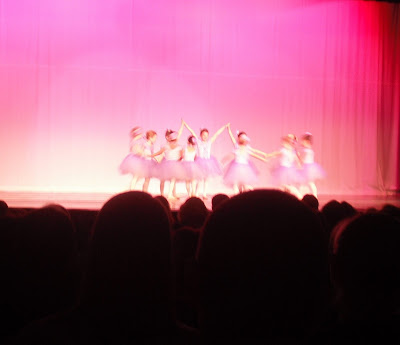 This wasn't such a bad event, just VERY long. There were about eight different age groups of girls, each of which performed twice, and there was an adult group of eight moms over 30 who also danced two numbers. (Watching these women I thought, that is my wife's idea of hell.) I took lots of pictures just aiming my little digital camera into the dark, and I am actually surprised that they turned out this well. 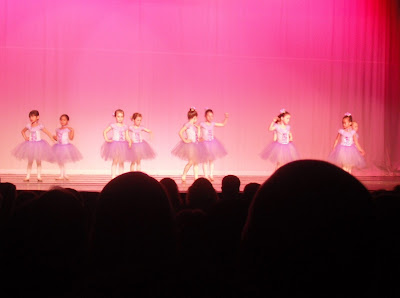 The little kids were cute, and the teenagers were good enough to be mildly entertaining, so for the first hour I was fine. By the end of the two-and-a-half hours, though, I was entering an out-of-body state. 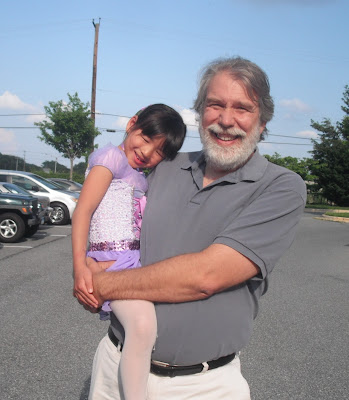 Afterwards Clara was as happy as I have ever seen her, and that made it worth it.
Posted by John at 8:57 PM

Thanks, John. She looks like a "china doll" I didn't know this event was today.

You get stars in heaven for this!!!