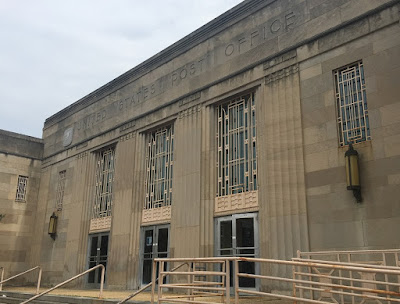 I found myself with some time on my hands today after a meeting in Hagerstown, Maryland, so I decided to explore. 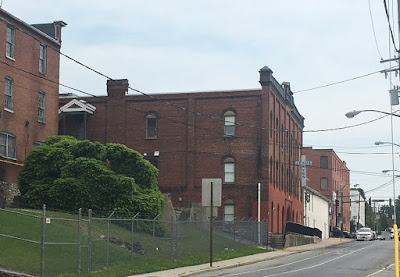 It was a very pleasant hour but Hagerstown is the sort of place where a lot of government investment and some private creativity can't hide the underlying reality of another factory town where the factories have closed. 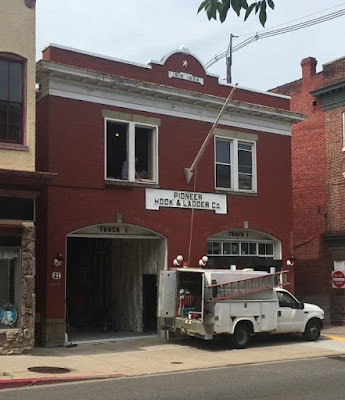 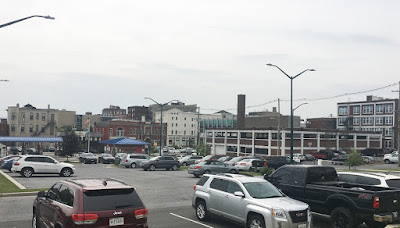 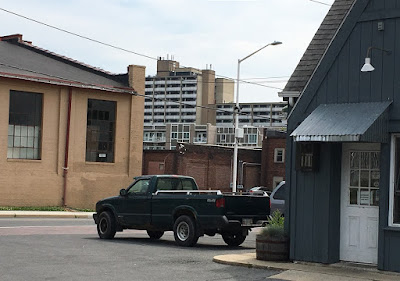 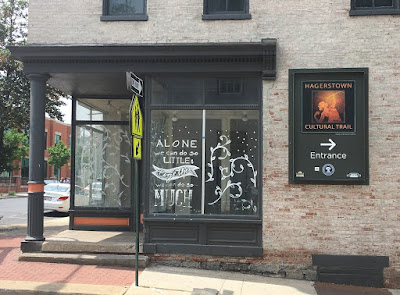 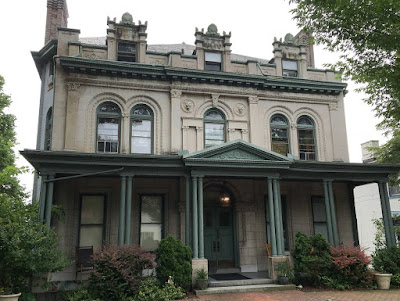 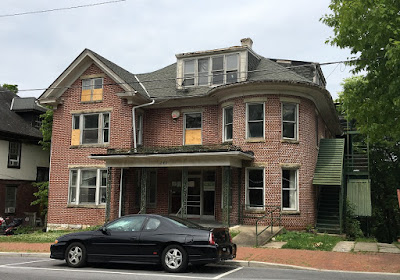 I wandered uphill until I found the neighborhood of big Victorian houses I knew had to be nearby, but even they had seen better days. 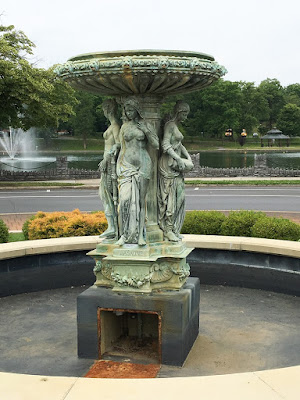 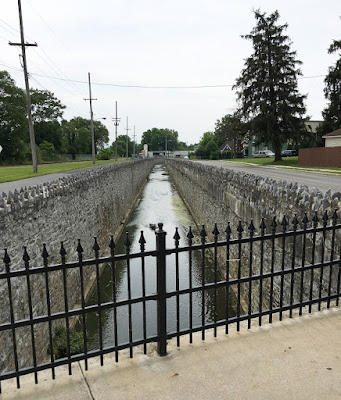 But from there the stream disappears into this mysterious chasm, I suppose once part of the mill complex but now sitting incongruously in the middle of the street. 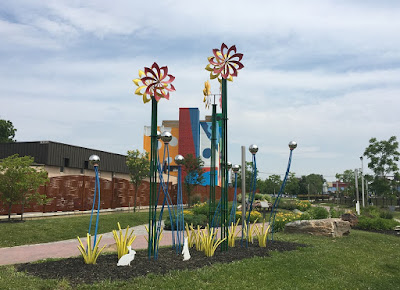 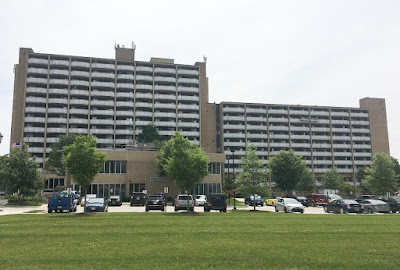 Housing for the elderly, in a place where they outnumber the young. 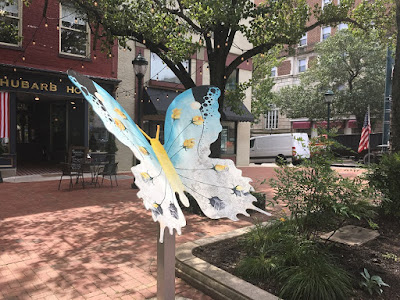 Butterfly sculpture and a hip restaurant. A friend of mine who lives nearby told me that two or three times in her life it has seemed like Hagerstown was going to take off and become a happening place, but then it has fizzled out. 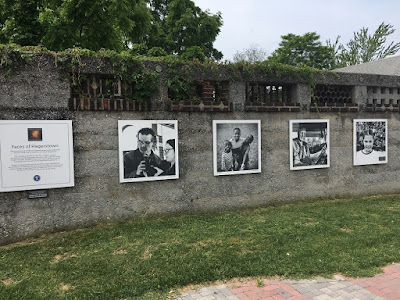 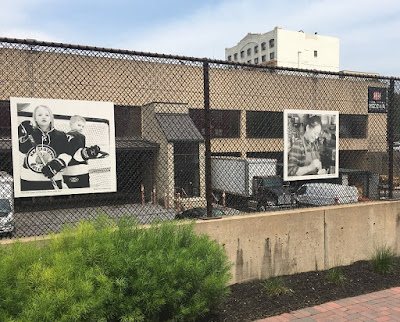 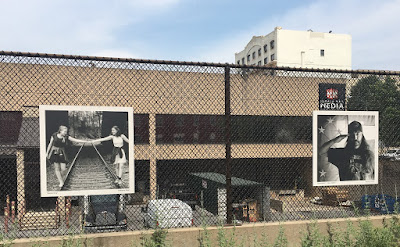 Here is one urban renewal project I really love: Faces of Hagerstown. I saw these in several places. According to the sign, all were taken by volunteers during one month of 2017. 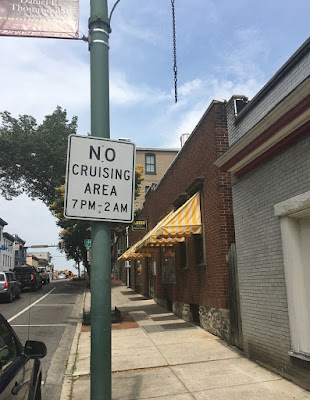