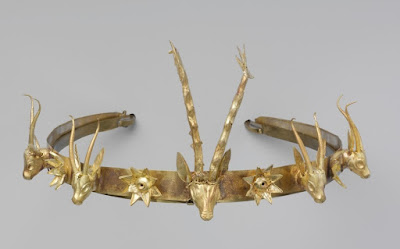 
During the late twelfth and then the thirteenth dynasty, late in the Middle Kingdom, people from western Asia established themselves among the Egyptian inhabitants of the eastern Nile Delta, especially at a place later called Avaris (now Tell el-Dab'a). A multicultural mix was thus established that culminated during Dynasty 15 in the rule of a line of kings now known as the Hyksos (from the Egyptian phrase "rulers of foreign lands") who resided at Avaris but dominated a good part of northern and middle Egypt, while the south remained under the indigenous Dynasty 17 of Thebes. The northern "Hyksos" culture combined Egyptian and Middle Bronze Age Levantine traditions. This diadem, with animal heads alternating with flowers, has Near Eastern affinities and is typical of the commingling of artistic styles. 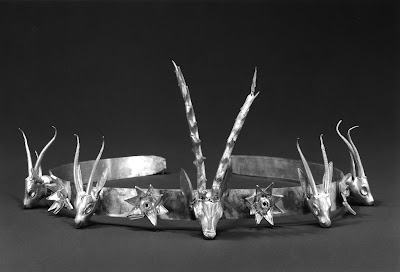 This black and white photo is clearer. 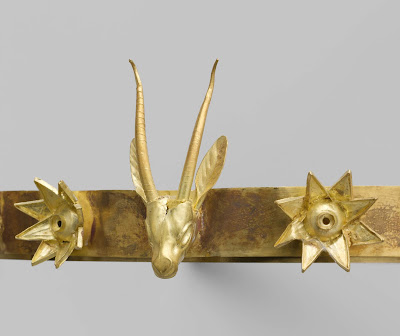