The Temple Doors of Lopodunum 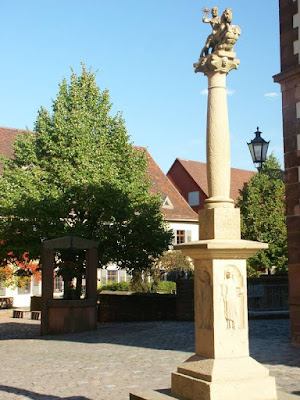 The German town Ladenburg east of the Rhine on the Necker River, is an ancient place. In Roman times it was called Lopodunum, and the residents paid for a public inscription announcing that Trajan had declared the place a civitas in 98 AD. 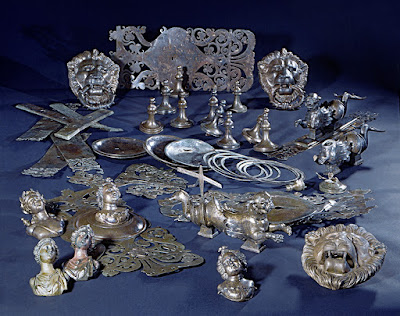 Twice during the Third Century Crisis, around 230 and then around 260, Ladenburg was sacked by barbarians. After the second sack it was abandoned for a century, only to be refounded by Valentinian in 369 and then abandoned again around 400. Just before that second sack the citizens of the town buried an unusual treasure under the stones of the Forum: the elaborate bronze hardware from an impressive set of doors, most likely from the town's principle temple. 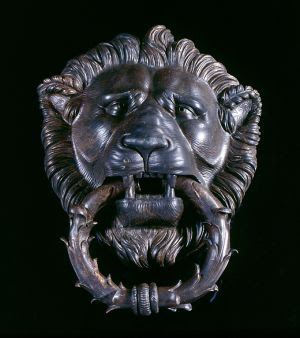 This looks like a door knocker to me but all the sources insist that it is a door pull. The manufacture of these items is usually dated to the mid second century AD, most likely in Gaul. 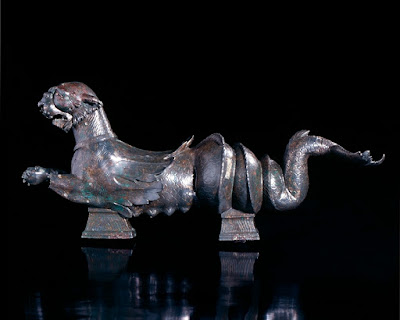 Handle in the shape of a mythical beast. 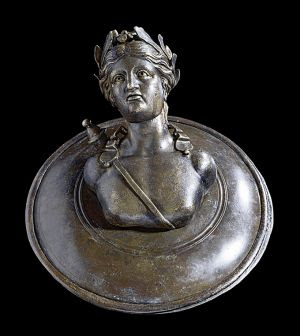 Bust of a god, generally said to be Apollo. 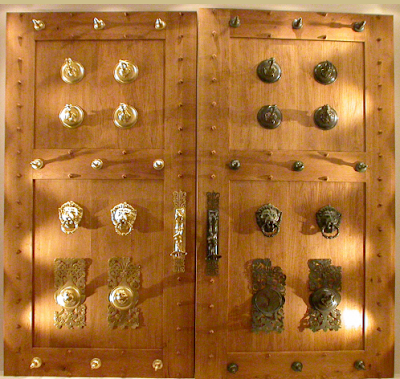 The door hardware as displayed in the Lobdengaumuseum; that must be originals on the right and reproductions on the left. What an utterly weird thing to discover in a Roman frontier town. 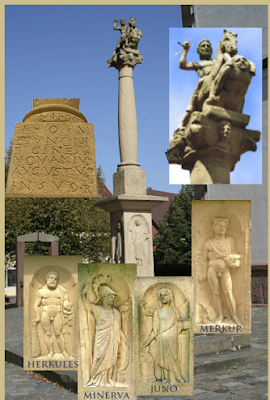 But wait – there is another weird bit of Roman history in Ladenburg, the Jupiter Pillar. This is not such an unusual item; dozens are known, all of them from Roman towns in northern Europe. They have a common form: a square base with reliefs of four gods, a column with four heads in the capital, and then on top Jupiter riding down a giant. What makes this one unusual is that it has an inscription saying that when they first sacked the town the Alemanni threw the pillar in a well. When the barbarians had retreated some local grandee paid to have the thing restored and re-erected, along with the inscription extolling his civic virtue. 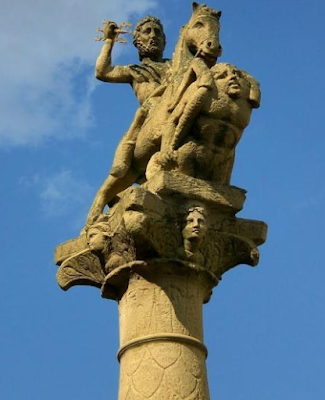 But when it was found in the nineteenth century it was in a well again.
Posted by John at 7:08 PM