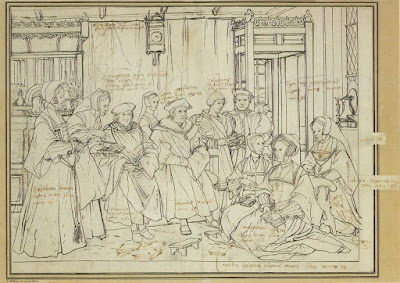 This is a preparatory sketch for Holbein's life-sized portrait of the family of Thomas More, now lost. The finished version, done in 1527, must have been quite something. 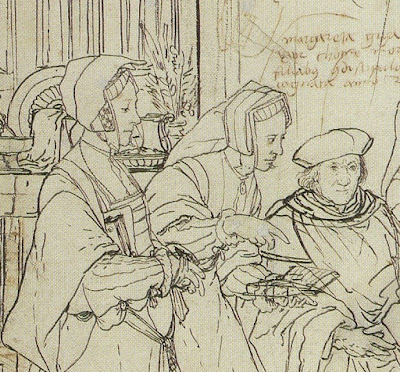 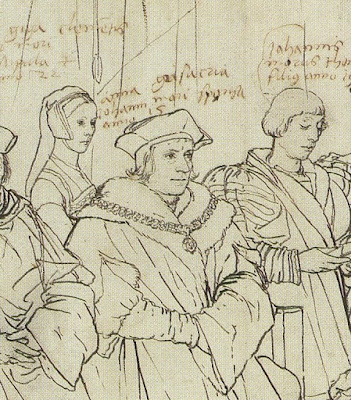 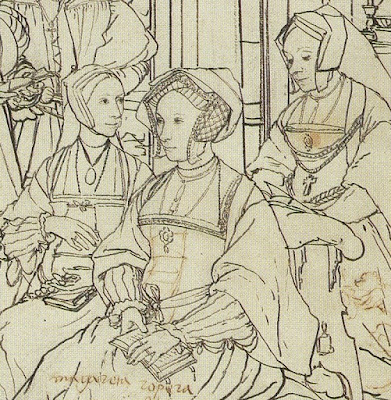 The astronomer Nicholas Kratzer (1487–1550), a friend of Holbein and More, and the tutor of More's children, added the names and ages of the sitters in Latin. Wikipedia:


On the left is Elizabeth Dauncy, More's second daughter; beside her is his adopted daughter, Margaret Giggs, explaining a point to Thomas More's father, John More; Thomas More himself sits in the centre, with the engaged couple Anne Cresacre and his only son, John More, on either side of him; beside John More is the household fool, Henry Patenson; on the right of the picture are More's youngest daughter, Cecily Heron, and his eldest daughter, Margaret Roper; More's second wife, Alice, is kneeling on the extreme right.

You have to love that the fool is standing while the wife kneels on the floor. 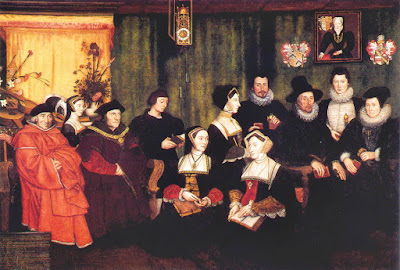 You can get an idea of what the colors were from this 1593 copy (of a sort) by Rowland Lockey.
Posted by John at 8:31 AM