The Fall of Icarus 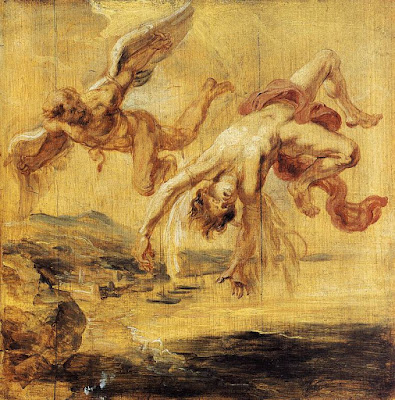 The Fall of Icarus has long been a favorite subject of painters. There are several different ways of depicting the story. Most dramatic is a close look at the moment when the wax began to melt and Icarus began his fall. This is Peter Paul Rubens, The Fall of Icarus, 1636. 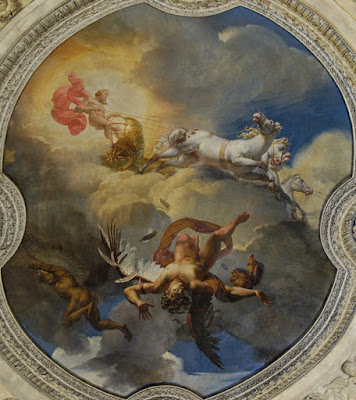 Merry-Joseph Blondel, The Sun, or, the Fall of Icarus, 1819, on the ceiling of the Louvre. 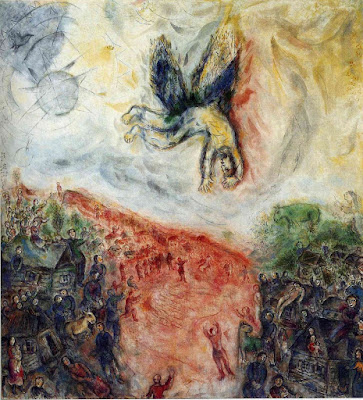 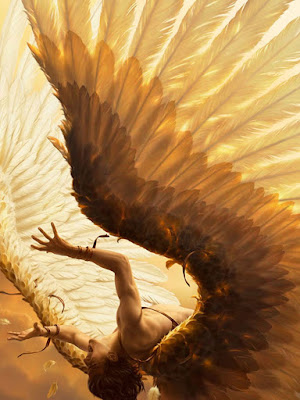 Réne Milot, The Fall of Icarus, which nobody seems to give a date for since Milot is still alive and working. 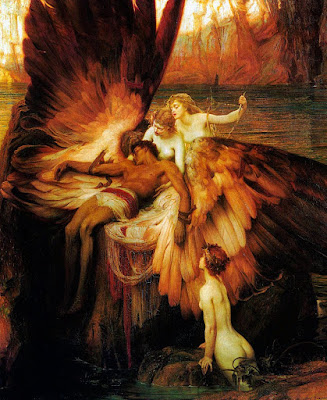 Several artists have elected to focus on Icarus' broken body. This is Herbert Draper, Lament for Icarus, 1898. 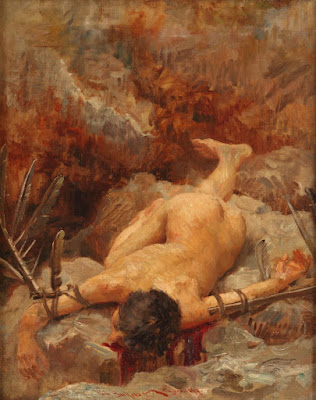 Vlaho Bukovac, Icarus on the Rocks, 1897 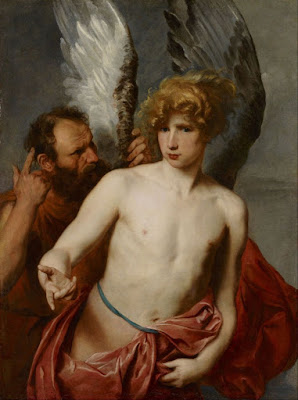 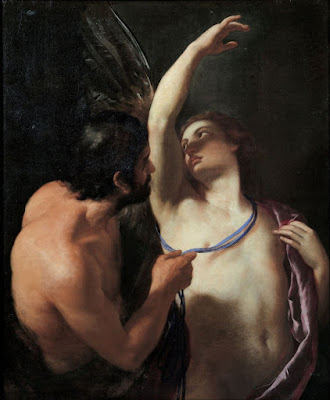 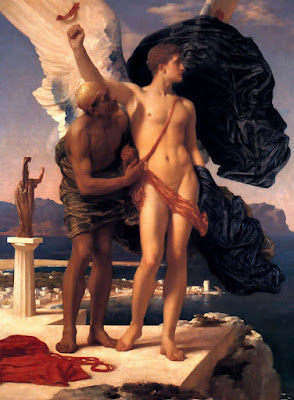 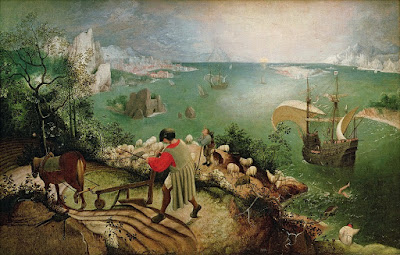 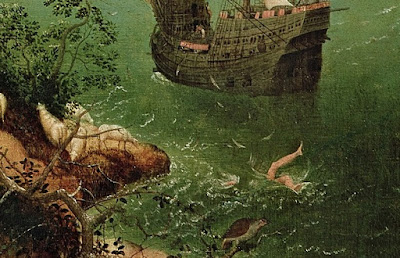 And then there is the strange tradition of the Landscape with the Fall of Icarus, in which you just paint a landscape and then stick a tiny Icarus in a corner somewhere. Pieter Bruegel the Elder painted several of these. 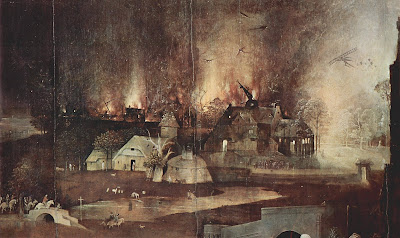 Including this one with a burning town. Was this just done because history paintings sold better? The dealer says, "Great painting, but we need a historical tie-in; could you put Icarus in the corner?" 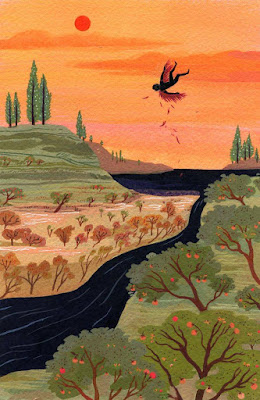 And this tradition is still with us; here we have a version that contemporary illustrator Becca Stadtlander did for a greeting card company. I have to ask: for what kind of event would the Fall of Icarus be an appropriate image? Sorry for your loss, but remember it happened to ancient heroes too! Or would it be, Next Time Maybe You'll Learn to Control your Hubris?
Posted by John at 12:06 PM

"The higher you fly,the harder you fall?"

I wonder if it's the other way, the saying inspired on the myth and the art works.

Isn't it strange that humanity has been to the Moon and air travel is statistically the safest form of transportation, and yet the Icarus myth still lingers?

Not strange at all; I have dreamed the same scenario multiple times.

Dreaming of flying is one thing, and a very common thing at that.

Dreaming of not just flying, but of going "too high" and falling to your death as a sort of cosmic punishment for supposed hubris is another thing entirely, and I hope that's not the sort of dreams you're having, because that sounds more like nightmares.

I'm puzzled by the burning town painting. I don't see Icarus at all; can you point him out? I do see as many as seven humanoid figures flying over the church or landing on the roof. They seem larger than the humans in the painting. Could they be demons? And to the right of the church is another large flying humanoid carrying a ladder, with six smaller flying followers (imps?). None of them appears to me to be falling.

I looked for a crashed Icarus, but couldn't see one. Maybe I missed him?