The Frescoes of the House at Sorgues 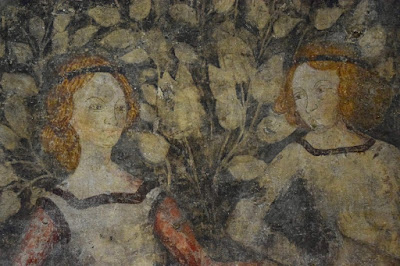 Sorgues is a town near Avignon that was part of the papal state during the "Babylonian Captivity" of 1309-1376. Some time during that period a person associated with the papal court built a large house in Sorgues and decorated it frescoes. They were removed in the 18th century and taken to the Louvre; now they are in the Petit Palais Museum in Avignon. 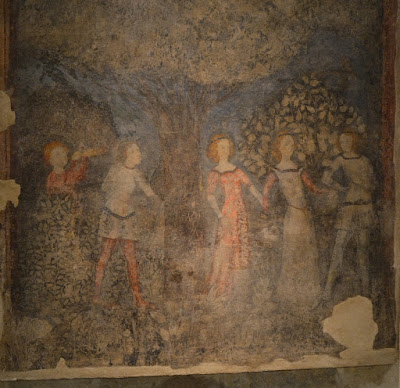 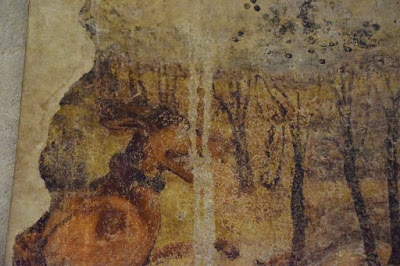 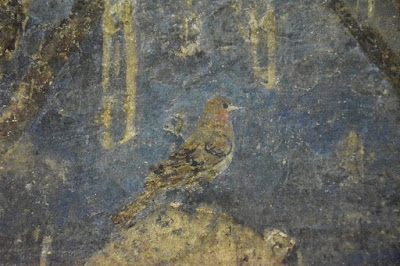 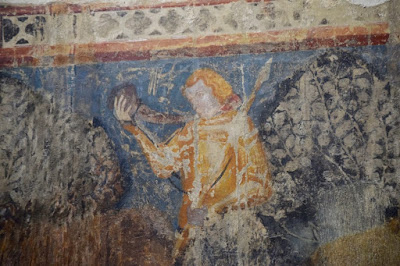 The frescoes come from two rooms. In the first, larger room they show a hunting scene in a forest. 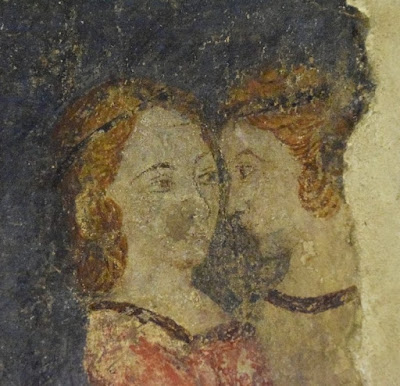 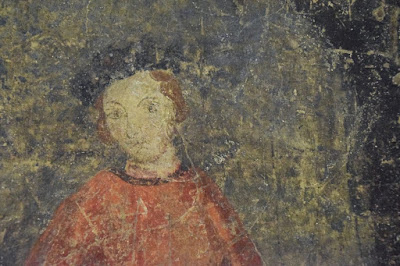 In the smaller room they show a "scene of intrigue." Frescoes like these once adorned the homes of thousands of nobles and wealthy merchants across Europe, but almost all have disappeared. Which makes these quite special.
Posted by John at 7:11 PM