The Viking Ships of Roskilde 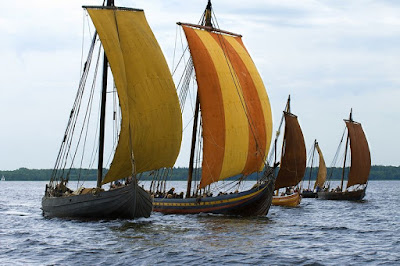 Roskilde Fjord is a narrow arm of the sea that extends 25 miles (40 km) into the Danish island of Zealand. It has a long maritime history, as you would expect. 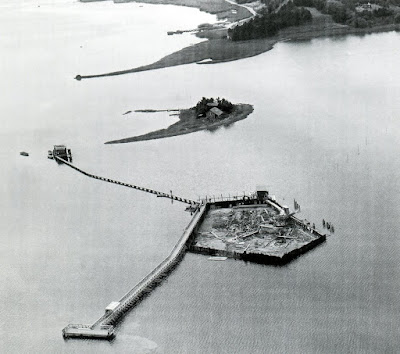 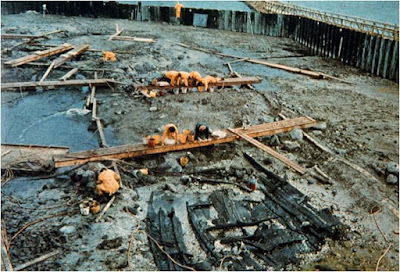 Around 1070 AD Danes worried about attack from the sea sank five Viking ships in a shallow, narrow part of the Fjord near the town of Skuldelev, partially blocking the waterway. They were discovered in the 1950s and in 1962 a cofferdam was sunk around them and they were completely excavated. 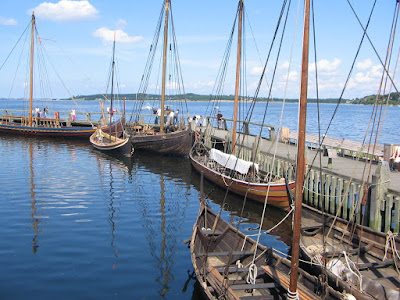 After a long political wrangle it was decided to place the museum that would display them in the town of Roskilde, which is at the head of the fjord. Roskilde is closer to Copenhagen than Skuldelev and had better infrastructure and a less pristine waterfront, so in many ways it was a better site for a museum. I have been told, though, that in the end the choice came down to horse trading in the Danish legislature, something I'll come back to later. 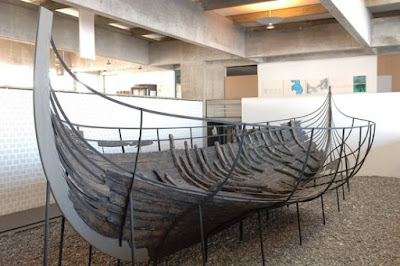 Anyway the Viking Ship Museum at Roskilde was eventually built, and it looks like a wonderful place. The ships were minutely studied during preservation. They were dated by tree rings, the wood was identified as to tree species and sourced using chemical analysis, the greatest experts on Viking ships studied the remains to reconstruct what the ships might have looked like. Here is the vessel known as Skuldelev 1, which was built around 1030:


Skuldelev 1 is large ocean-going cargo ship from Sognefjord in western Norway. The ship is built of heavy pine planks, and has a rounded form that gives it a high loading capacity and great seaworthiness on the North Atlantic. It is repeatedly repaired with oak near the Oslo Fjord and eastern Denmark. 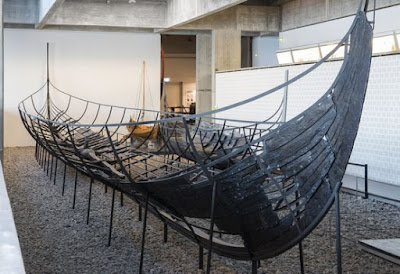 Skuldelev 2 is the most famous of the ships, a great war vessel that has been reconstructed as the Sea Stallion of Glendalough:


Skuldelev 2 is a war machine, built to carry many warriors at high speed. With a crew of 65-70 men, it was a chieftain's ship, like those praised in ancient scaldic verse and sagas. Tree-ring analysis of the timber show that the ship was built of oak in the vicinity of Dublin around 1042. . . . The long, narrow shape of the ship and the enormous sail allowed at great speed. And the manning of 60 oars made it possible to keep the ship moving even without wind.

The ship was only 25% preserved, which makes me doubt the reconstruction a little, but there is no doubt that this was a magnificent ship. It was about 100 feet long (30 m), which made it the largest longship ever found, and 12.5 feet (3.8 m) wide. 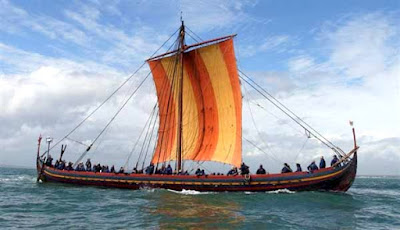 The reconstructed Sea Stallion made a great voyage from Dublin to Roskilde that was entirely filmed, with wonderful results if you have any interest in this sort of thing. I showed some of this to my students last time I taught the Vikings. 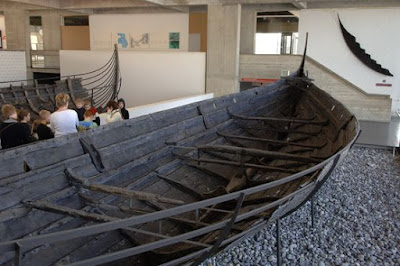 Skuldelev 3 is the best preserved of these ships and the smallest, a Danish oak vessel built for carrying cargoes around Denmark or possibly in the Baltic Sea. It is 75% complete and would have been 46 feet (14 m) long and 11 feet (3.3 m) wide. It was built around 1040. 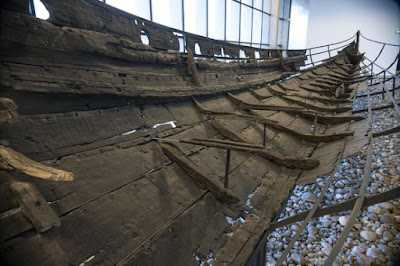 Skuldelev 5 is another longship but smaller than the Sea Stallion. Traces of the shield rack survive along the sheerstrake, showing that it was equipped for war. (Yes, Vikings really did hang their shields on the sides of their ships, at least when rowing into battle.) It is about 50 percent complete and would have been 57 feet (17.3 m) long and 8 feet (2.5 m) wide. It was built in Denmark around 1030. The builders used some recycled wood in the construction, which was fairly unusual; none of the other Skuldelev ships were built that way. 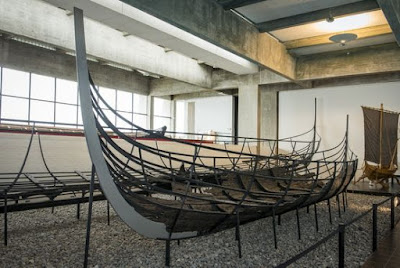 Skuldelev 6 is a fishing boat, built in the Sognefjord area in western Norway. It was then deepened by adding planks in each side, perhaps so it could serve as a cargo vessel on the run to Denmark. It is 70 percent complete and was built of pine, birch, and oak. It was: 37 feet (11.2 m) long and 8 feet (2.5 m) wide. 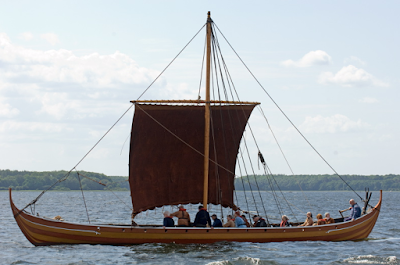 So that is the five original ships for which the Roskilde museum was built, all on display in both their archaeological and reconstructed forms. (Reconstruction of Skuldelev 5) 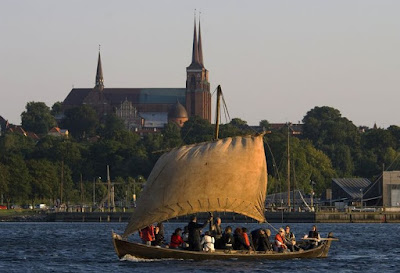 But then in the 1990s the museum decided to expand and build a harbor for its reconstructed vessels, so it could offer sailing tours of the fjord. Nobody thought much about what might be on the bottom of the harbor next to the museum, I mean, this was a more developed area and therefore more disturbed than at Skuldelev, and the fjord had already yielded up five Viking ships, so what were the odds that more might be found? So they set about driving pilings into the harbor mud. After a bit they realized that they were driving them through not one, not five, but NINE more Viking ships that happened to be lying on the harbor floor right next to the world's only Viking ship museum. A museum that had been placed, you will recall, in a location chosen by a legislative committee for reasons (whatever they were) that had nothing to do with the hope of finding more ships. 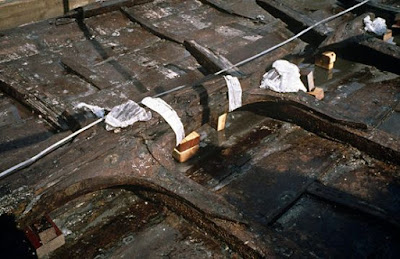 These ships were fragmentary and had been further damaged by driving pilings through them, not to mention that the Danish government was already a bit exhausted by paying to analyze and reconstruct the first five ships, so analysis has taken a long time. The only one of these nine you are likely to hear about is Roskilde 6. Roskilde 6 was another great warship, at 120 feet (36 m) even longer than Skuldelev 2 and currently the longest Viking ship known. It was built around 1030. It is also decently preserved; the entire 3-section keel survives, and it is 105 feet (32 m) long.

And that, my friends, is the story of the Viking ships of Roskilde Fjord. So far anyway; who knows how many more are buried in the fjord's sticky mud?
Posted by John at 9:13 AM