What is one supposed to make of this?


In March, Alexandria Ocasio-Cortez shared her birth time with the astrologer Arthur Lipp-Bonewits, who then shared her birth chart with the world, creating an online sensation. “AOC’s Aries Moon indicates that she’s emotionally fed by a certain amount of independence, self-determination, and spontaneity,” Jeanna Kadlec wrote in Allure.

During the Kavanaugh hearings, 13,000 “resistance witches” cast a hex on Brett Kavanaugh. There is now a plethora of guidebooks for how to use astrology and witchcraft to advance left-wing causes. They have names like Magic for Resistance: Rituals and Spells for Change and The New Aradia: A Witch’s Handbook to Magical Resistance.

It's always hard to know what people believe, but the boom in astrology and tarot card reading among the young, and the rise of witchcraft, inspire me to ask anyway. What attracts so many young people in North America and Europe to these light forms of the occult?

Faddism and boredom, for sure. But what else?

I think one attraction is the desire of people who live their lives on social media to have something to share with others and discuss. If not much is happening in your life, you can always post an amusing horoscope, along with a joke about Leos, or turn over a tarot card and write about how it might relate to your life.

For astrology in particular the desire to categorize and stereotype others seems relevant. The young and woke have forbidden themselves from offering even the most innocuous statements about the races or genders, and a generalization about people from California or people who work in fast food could get you into a nasty fight. So they use astrological signs; so far, anyway, nobody thinks you're a racist if you say Leos are tempermental. 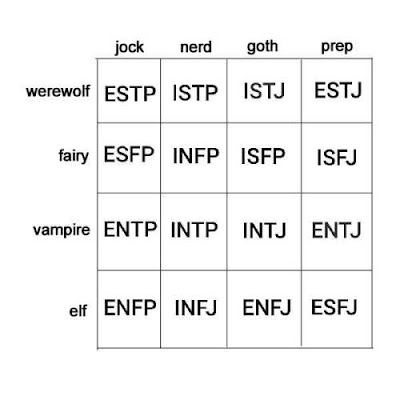 Astrology also provides as escape hatch of sorts for people whose lives are very heavily political, a way to get into a different mindset than the guilt and rage that defines political thinking for so many young people interested in social justice. You can enjoy it without taking it seriously, and without feeling any guilt about not taking it seriously. And unlike dancing, you can do it from home, through your computer screen.

The association of witchcraft with political protest also strikes me as interesting. The problem with political protest is that once you get everyone to the protest, you have to do something. The old rituals of protest seem played out, especially among the post-ironic young. Chant slogans? Really? Some people (including David Brooks, who wrote the passage I started from) think the absence of rituals from our lives is a major problem. I disagree, but there do some to be people who enjoy ritualistic acts. If you do, and your deepest beliefs are defined by politics and a rejection of Dead White Maleness, then casting a hex on Brett Kavanaugh might have a certain appeal. To me the most striking thing about modern Wicca is how many people enjoy the practice while not having a clue what they believe. I think this was a common characteristic of old paganism as well, but over the past millennium we have gotten used to religions that have some sort of agreed theology, which Wicca absolutely does not.

I absolutely do not think that the attraction of young leftists says anything interesting about current left-wing politics. Almost everybody believes in or at least enjoys something silly and untrue.
Posted by John at 7:37 AM

"What attracts so many young people in North America and Europe to these light forms of the occult?"

I have often thought that many of the "fads" that attract us come from our desire to be in control of things. "If I can know the future, I can control it."

Conversely, if we can blame someone else (or something else like the alignment of planets or some demon or curse) we can absolve ourselves of our misdeeds. "The stars were against me," or "The devil made me do it."

How entrenched you rightists (excuse me from straying from orthodoxy) you pretend-centrists are in your beliefs! If I chose to light a candle to an imaginary but much-venerated Sky-God or his Immaculate Mama, no one would raise the slightest quibble. Gibbon was so right, then as now (I paraphrase): To the people the multitude of religions were equally true, to the philosophers equally false, to the magistrates equally useful."

I have heard it said there are now more Wiccans in Salem than Christians. Can't prove it, but as one of my ancestors was executed as a Dorchester witch by well-meaning Christians, I hope it's true. The Salem Wiccans' criminal record is clean. . . .