The Singer's Grave at Trossingen, 580 AD 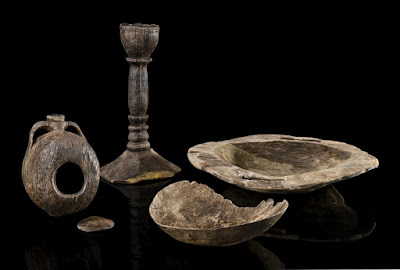 For decades people in the small German city of Trossingen had known that their downtown was an early medieval graveyard, and they had gotten used to burials turning up when pipes were laid or cellars dug. In 2001 archaeologists were investigating the site of a proposed underground parking garage when they found another grave. This was given the number 58. It had been dug deep and its lower levels seemed to be waterlogged, so the whole thing was removed as a single piece and taken to the University of Freiburg. There it was excavated carefully under laboratory conditions. 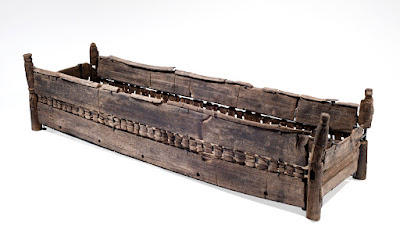 The grave was extraordinary. The conditions had destroyed things that often survive on other sites, especially bone and metal, but preserved wood. Like this bed, which measured 210 by 55 cm (6 feet 10 inches by 1 foot 10 inches). Thanks to all the wood, the grave has been tree-ring dated to 580 AD. 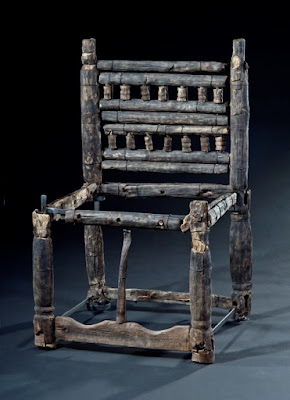 And this remarkable chair, a design that could have been made in nineteenth-century America. I am going to assume that this is a Roman design, since other very traditional furniture designs go back to Rome, but I don't really know because I haven't seen a Roman chair quite like this. This chair required a lot of labor to make and you sometimes hear it referred to as a "throne," but it is only 90 cm tall (2 feet 11 inches), the size of an elementary school desk chair. Maybe it sat on top of an earthen platform? 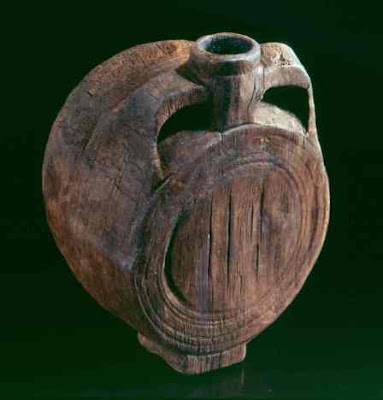 Canteen, which contained what is claimed, based on pollen analysis, to be the world's oldest beer made with barley and hops. (This is also in the group at the top of the post.) 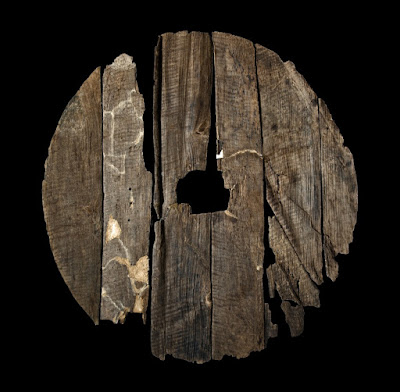 Shield, diameter 80 cm (2 feet 7.5 inches). Notice the reverse preservation; the metal boss in the middle is gone, but the ash boards survive. The shield was covered with rawhide that left only traces. 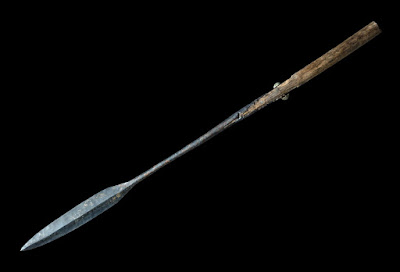 The most extraordinary find at Trossingen was a nearly complete lyre, one of the best preserved musical instruments ever to come from an archaeological site. 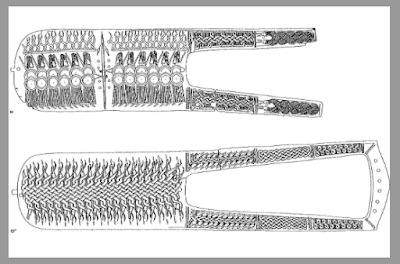 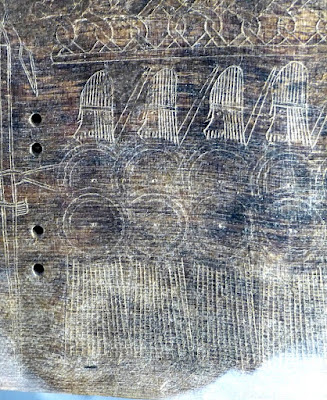 The lyre is decorated on both surfaces. This is a loud instrument, intended for public performance. 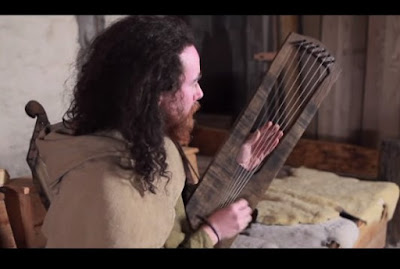 You can hear a reconstruction played here.

The grave was within the Merovingian Kingdom, in an area occupied by a tribe called the Alemanni. Obviously we don't know how many other noblemen might have been buried with wooden musical instruments, since they would not have survived, but it is fun to imagine that this fellow was a great wonder, an aristocrat who sang of his own family rather than paying someone else to do it. 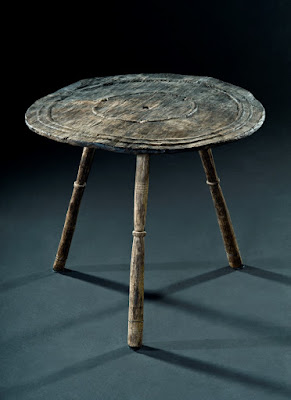