The Climate is Complicated 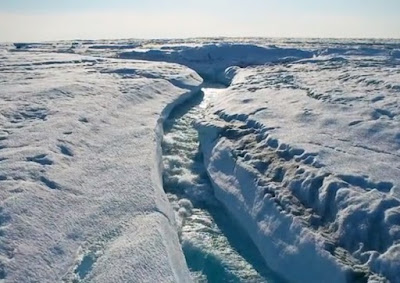 
A new NASA study found that Antarctica has been adding more ice than it's been losing, challenging other research, including that of the UN's Intergovernmental Panel on Climate Change, that concludes that Earth’s southern continent is losing land ice overall.

In a paper published in the Journal of Glaciology on Friday, researchers from NASA's Goddard Space Flight Center, the University of Maryland in College Park, and the engineering firm Sigma Space Corporation offer a new analysis of satellite data that show a net gain of 112 billion tons of ice a year from 1992 to 2001 in the Antarctic ice sheet.

You can put this beside the frightening NY Times story from last week about melting glaciers in Greenland.

The scary things forecast by climate science are not happening yet. The planet seems to be getting a little warmer, but opinions differ as to whether the changes we are seeing are within the normal range. What is scary is what might happen if the planet suddenly decides to warm to the level predicted by the very high level of carbon dioxide in the atmosphere. Nobody would pay that much attention to the changes we are seeing now, except as signs that the predicted big warm-up might be getting started.

From as far back as we have records (millions of years) to 1945, there was a close relationship between the amount of CO2 in the atmosphere and the temperature. Since 1945, the level of CO2 has soared without the temperature changing very much. If it actually does warm to the level that would match the very high CO2 concentration, we are cooked. And we know that the earth's climate can change fast. That is the fear, not some matter of a little less ice in Greenland or a few more hurricanes.
Posted by John at 8:05 AM