In Which the Islamic State Falls for the Red Mercury Scam 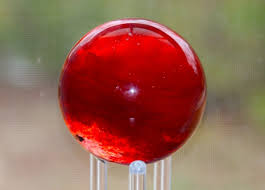 
Red mercury — precious and rare, exceptionally dangerous and exorbitantly expensive, its properties unmatched by any compound known to science — was the stuff of doomsday daydreams. According to well-traveled tales of its potency, when detonated in combination with conventional high explosives, red mercury could create the city-flattening blast of a nuclear bomb. In another application, a famous nuclear scientist once suggested it could be used as a component in a neutron bomb small enough to fit in a sandwich-size paper bag. . . .

Legends of red mercury’s powers began circulating by late in the Cold War. But their breakout period came after the Soviet Union’s demise, when disarray and penury settled over the Kremlin’s arms programs. As declining security fueled worries of illicit trafficking, red mercury embedded itself in the lexicon of the freewheeling black-market arms bazaar. Aided by credulous news reports, it became an arms trafficker’s marvelous elixir, a substance that could do almost anything a shady client might need: guide missiles, shield objects from radar, equip a rogue underdog state or terrorist group with weapons rivaling those of a superpower. It was priced accordingly, at hundreds of thousands of dollars a kilogram. With time, the asking price would soar. . . .

Among specialists who investigated the claims, the doubts hardened to an unequivocal verdict: Red mercury was a lure, the central prop of a confidence game designed to fleece ignorant buyers. ‘‘Take a bogus material, give it an enigmatic name, exaggerate its physical properties and intended uses, mix in some human greed and intrigue, and voilà: one half-baked scam,’’ the Department of Energy’s Critical Technologies Newsletter declared.

So here's hoping the IS wastes a lot of money chasing this specter. And meanwhile it is fascinating to imagine the netherworld where terrorism intersects with the paranoid attitude toward all authority so common in the Middle East and the wiles of ex-Soviet arms smugglers.
Posted by John at 7:57 PM