The Golden Ginkgoes of Rose Park 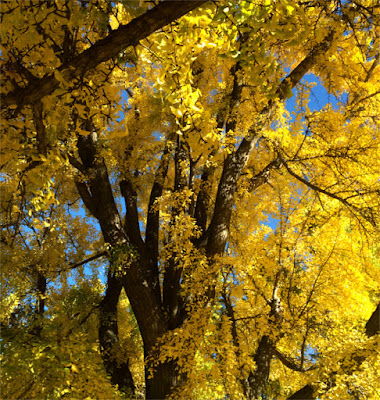 In Georgetown, the ginkgoes of Rose Park and 27th Street are putting on their annual show. 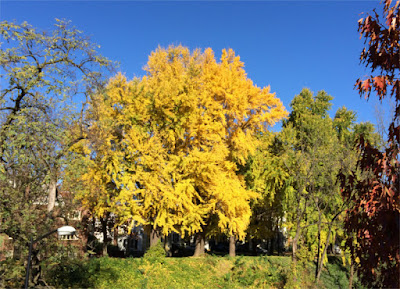 Unfortunately that means they are also unleashing their annual rain of fruit that smell like vomit, but sometimes life is like that. 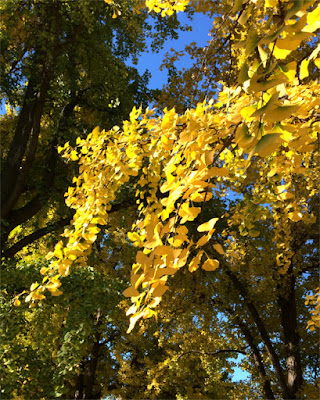 The horrid smelling gingko seed evolved as a dispersal mechanism, that is, because something ate them. But that something must have gone extinct at the end of the Ice Age if not sooner, because now the trees are entirely dependent on people to spread and plant them. It is disputed whether there are any wild trees left in their Chinese homeland, but if so they are very rare. All of these trees are very similar genetically, which shows that they went through a genetic bottleneck not too long ago. So perhaps the vomitous smell evolved to attract glyptodonts or giant ground sloths or some other such creature with tastes different from those of any living animal. 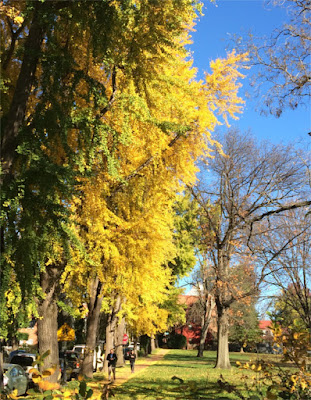 Because the seeds smell so bad, most cities plant only male specimens. But for some mysterious reason the grove in Rose Park is mostly female. 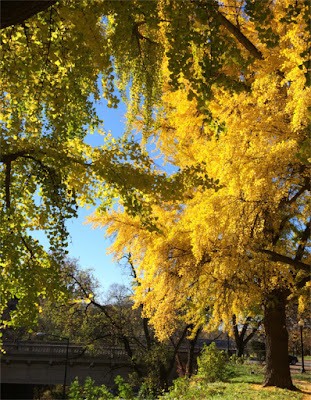 I had a chance to discuss this recently with a National Park Service biologist. She has no idea why the female trees had been planted, but she did tell me something fascinating about ginkgo trees. She said she heard a paper at a biological conference recently about male ginkgo trees in one of the cites where there are thousands of males but no females. These male trees, said the speaker, have started sprouting female branches that produce fruit. 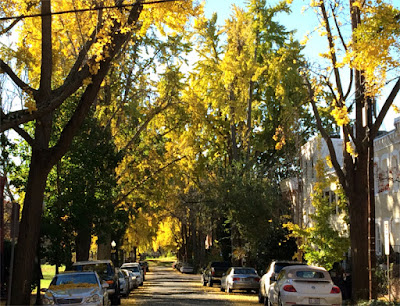 I haven't been able to verify that, which is why I haven't blogged about it before, but I was reminded of it when I walked down 27th Street this morning and saw the golden trees shining in the autumn sun. 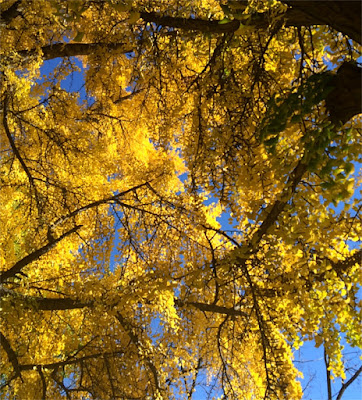