A Day on Liberty Island 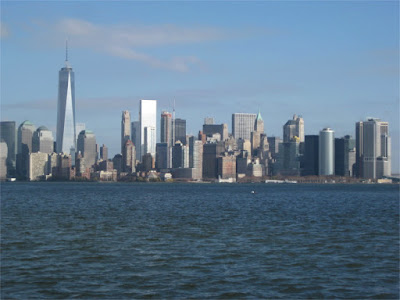 Since my company is very busy right now and none of our regular field directors were available, and a job I thought I was going to be working on this week was postponed, I ended up spending the day doing a little dig on Statue of Liberty Island in New York harbor. I may be there for the next few days, too. It was quite an experience. Above, the view from my work site. 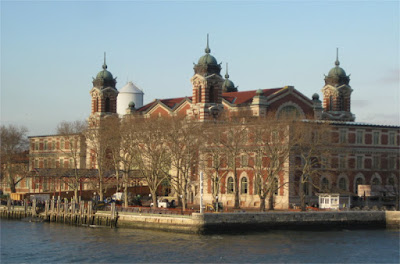 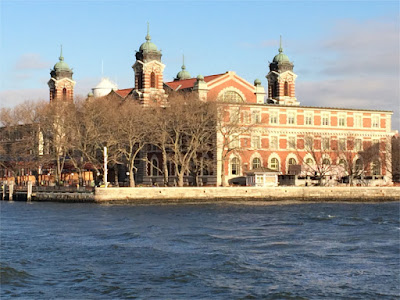 I got there via Park Service work boat from Ellis Island. Views of the main building from the water, as immigrants saw it. 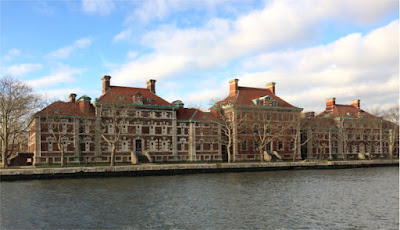 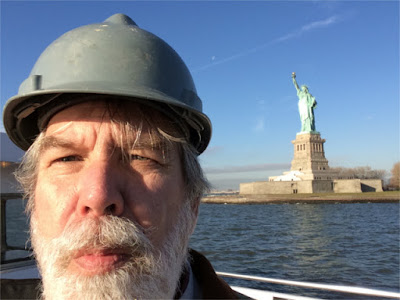 Lady Liberty from the boat, with proof that I was there. 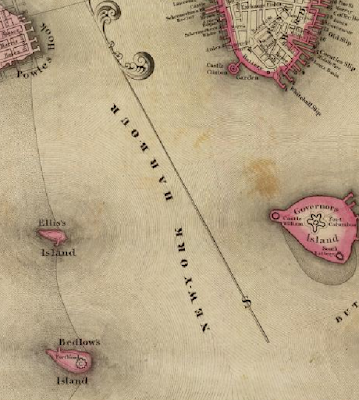 Should you be wondering what an archaeologist would do on that little island, it actually has a lot of history. There are Indian shell middens. In the eighteenth century it was the quarantine station for New York, where people who arrived with smallpox and other dread diseases were marooned until they either recovered or died. A fort was built there during the War of 1812, and this was rebuilt during the Civil War; the star shaped Civil War fort now provides the statue's base. Above, New York harbor in 1852, when the spot was known as Bedlow's Island. 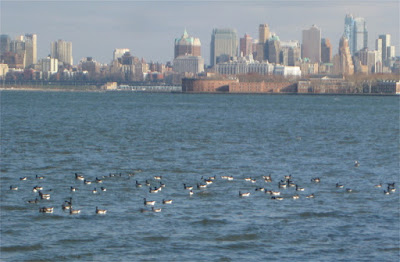 Ducks, and the Brooklyn skyline, which has been completely transformed since the last time I was in New York. 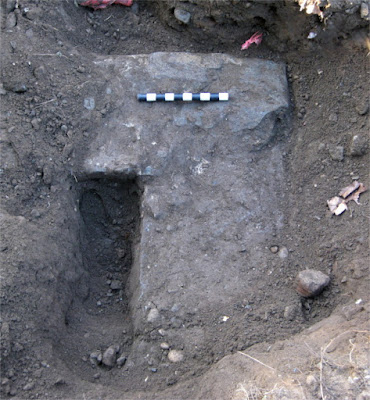 And just to show that I was really doing archaeology, foundations! 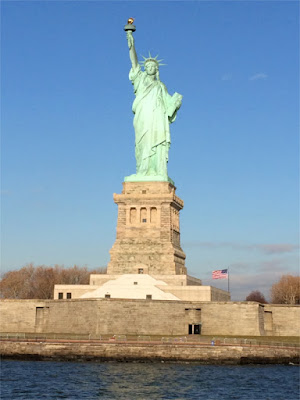 Take this, Donald Trump.
Posted by John at 7:38 PM

Careful. If he ever gets elected, he just might - then demolish it and replace it with a statue of himself.