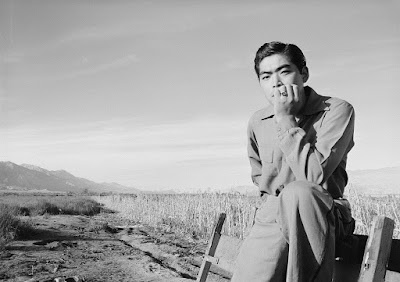 In 1943, photographer Ansel Adams (1902-1984) went to document the Manzanar War Relocation Center in California and the Japanese-Americans "interned" there during World War II. In 1965, Adams gave all of his material from this project to the Library of Congress. In an accompanying letter, Adams wrote,


The purpose of my work was to show how these people, suffering under a great injustice, and loss of property, businesses and professions, had overcome the sense of defeat and despair by building for themselves a vital community in an arid (but magnificent) environment.... All in all, I think this Manzanar Collection is an important historical document, and I trust it can be put to good use. 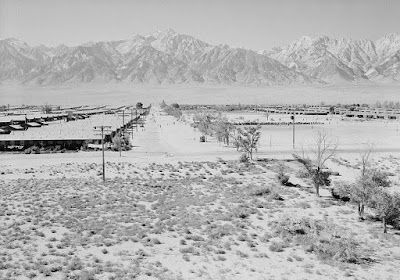 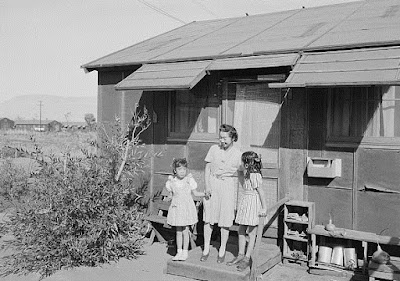 The Library of Congress has now digitized all of this material and put in online, so you can see all of the more than 200 photographs. 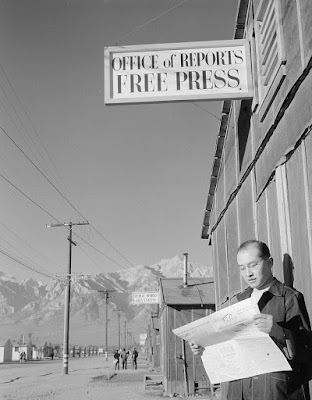 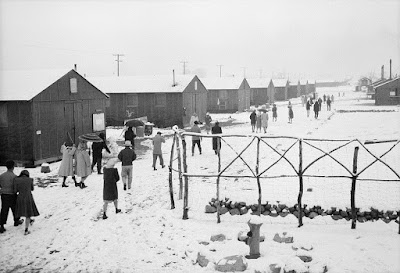 I don't know anyone who doesn't regard the internment of Japanese Americans as a terrible mistake and a great blot on the record of Franklin Roosevelt. Which is worth contemplating as Americans fret about other groups of "dangerous" immigrants. 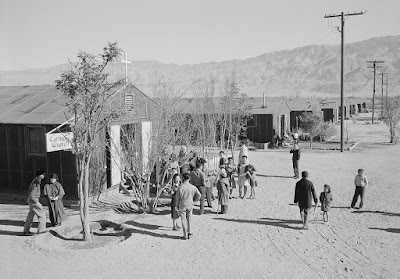 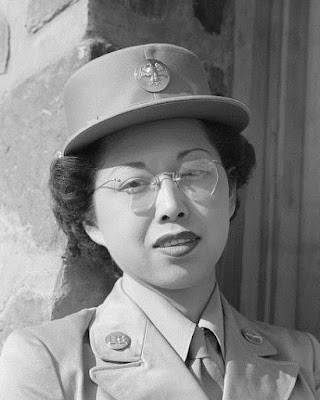 "I don't know anyone who doesn't regard the internment of Japanese Americans as a terrible mistake and a great blot on the record of Franklin Roosevelt. Which is worth contemplating as Americans fret about other groups of "dangerous" immigrants."

No, see - according to the bigots, the internment of Japanese Americans was only abominable because we were depriving American citizens of their due rights out of paranoid fear.

But refugees aren't citizens, so it's entirely NOT abominable to turn them away out of paranoid fear, right? They can go die in a ditch for all we care - just so long as they do it somewhere else!

It weighs so very heavily on my heart to think on how many people in this country are morally bankrupt cowards and bigots.

We lie to ourselves and say we're "fighting terrorism", but the truth is we've allowed the terrorists to win. They've succeeded in their mission - they've made us afraid. And our fear is driving us to behave monstrously.

There is a very strong human predisposition to divide the world into us and them and blame everything on them. Thus the citizens vs. refugees thing you indicate. But actually Americans kill a lot more Americans than foreign terrorists do. There are more murderers in America than the Islamic State has soldiers.

It's not just human tribalism at work here. We've got a massive portion of the population that are full blown delusional and completely disconnected from all reality and logic.

We're paranoiacally suspicious and fearful of strangers as potential thieves or attackers, while in reality the people most overwhelmingly likely to rob or assault us are our own friends and family members.

On seemingly every major issue within our society, we're willing to ignore the facts and substitute wild imaginings - from our economy, to our healthcare, to our education system, to our infrastructure, to our military and foreign policy.

We go to war over blatantly fabricated casus belli. We continually cut taxes for the rich and powerful despite knowing full well it doesn't stimulate the economy. Our healthcare system is mercenary and exploitative when nationalized medicine is cheaper, simpler, and more beneficial to all parties. Our prisons and law enforcement are concerned more with making profits than reducing crime rates. Our education system is the laughingstock of the developed world despite massive rising labor competition from rapidly developing nations like China.

Nothing we do makes any goddamn sense. We're becoming a nation of crazy people.

Actually I hate and fear ladders.

Ideally we should try not to let ourseles fear much of anything - a healthy respect for, and caution around, dangerous things will do - but if you're going to be afraid of any one thing in your life, it may as well be something with a remotely decent chance of hurting or killing you like a ladder. That's at least a somewhat rational fear compared to a lot of things.