Archaeology in an Old Country 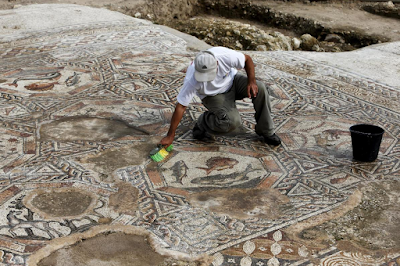 The latest from Israel:

The authority said the newly discovered Roman-era mosaic measures 11 meters by 13 meters (36 feet by 42 feet) and paved the courtyard of a villa in an affluent neighborhood that stood during the Roman and Byzantine eras. The scenes include hunting animals, fish, vases and birds. 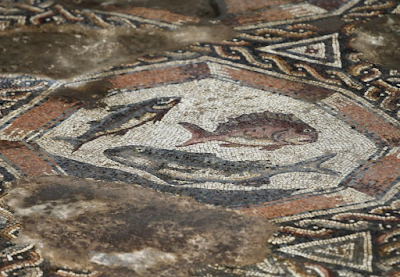 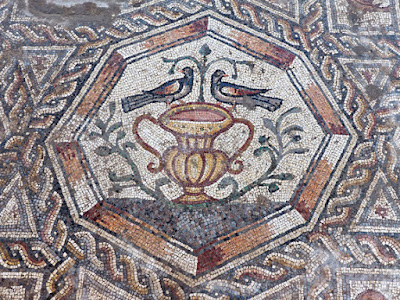 Reminds me of the time Denmark found a bunch of Viking ships when they tried to build a Viking ship museum.
Posted by John at 7:28 AM