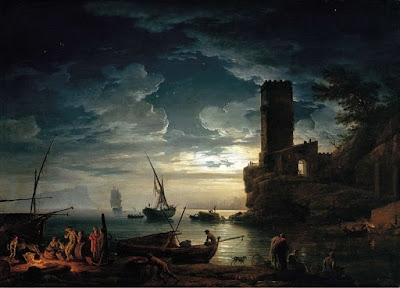 Claude Vernet (1714-1789) was a French painter from a family of painters. He started working in his father's shop at 14, painting the panels of sedan chairs and other such. But young Claude wanted more, so when he was sixteen he set off for Rome. (Mediterranean Scene with Fishermen and Boats, 1752). 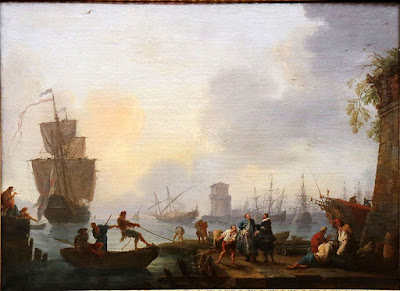 The sight of the port of Marseilles and the ships made a huge impression on Vernet, and he painted ports and ships for the rest of his life. (Carpentras -- the Calm, 1735). 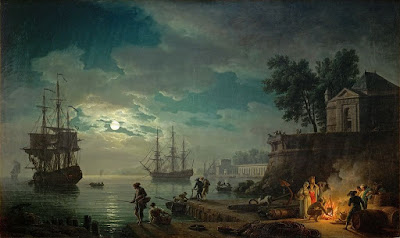 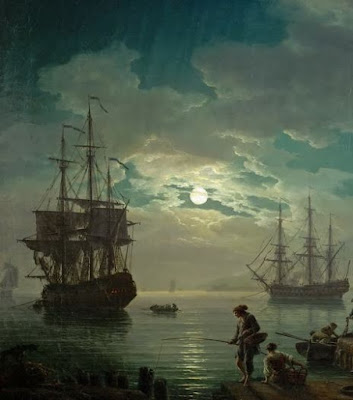 At Rome Vernet worked for four years in the workshop of Bernardino Fergioni, who painted mainly marine scenes. Vernet remained in Rome until 1753, selling many paintings to French and English aristocrats making the grand tour. He gradually perfected a style that some people call "proto-Romantic" because of the atmospheric moonlight and clouds. (Above, Seaport by Moonlight, 1771, and detail.) 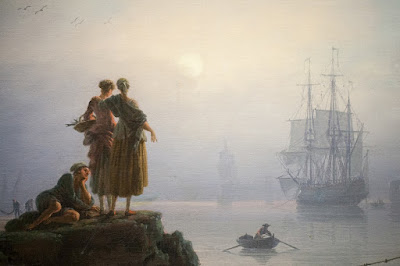 As an acquaintance of mine once said when the subject of origins came up, "When you look into beginnings, they're always a terrible muddle. And endings are worse." So whether Vernet's work is Romantic depends on how you define Romantic, a circular enterprise. (Detail from Morning, 1752) 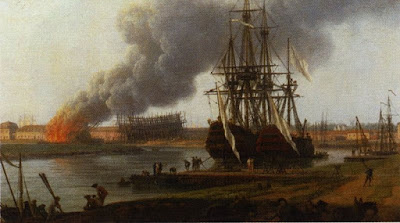 In 1753 Vernet was recalled to Paris, where he spent a few years painting French ships and harbors. (The Port of Rochefort, 1759). Then he drifted back to Rome. 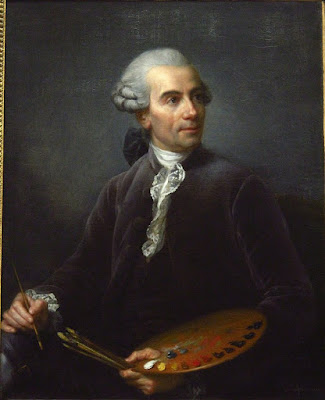 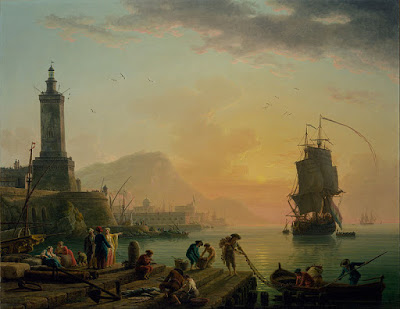 I was in Richmond, Virginia this weekend, and I visited the Virginia Museum of Fine Arts. They have a splendid Vernet, Moonlight Scene, 1760, but the image of it they put online is so dark you can hardly see it. It looks nothing like the original. So even though that was the painting that launched this post, I won't bother to display their horrid reproduction. Instead, here is A Calm at a Mediterranean Port, c. 1775. 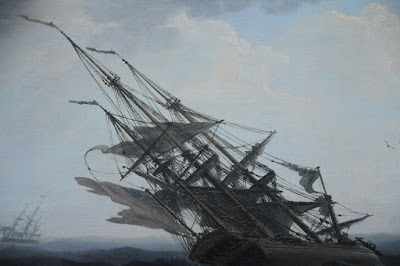 Storm on the Mediterranean Coast, detail. 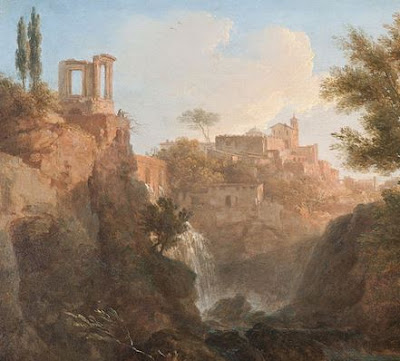 Evening, from a series of four times of the day done in 1759, and detail. 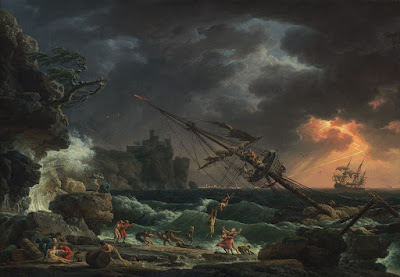