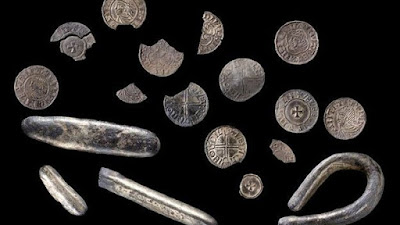 Back in March, a metal detectorist found a horde of Viking silver in Llandwrog, Wales, which just became one of my favorite place names. Study of the horde shows that it was deposited between about 1020 and 1030. 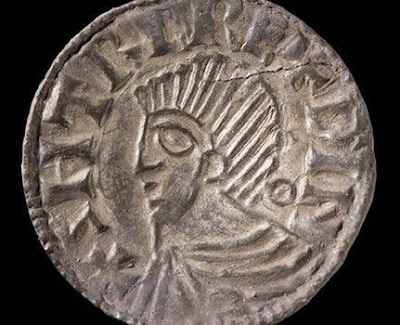 Some of the coins were minted for Sihtric Anlafsson (989-1036), one of the Norse kings of Dublin.

To understand the Viking world you have to turn your mind around and imagine things centered, not at any place on land, but at sea; that was the Vikings' true home, and they and their coins might turn up on any bit of land to which their sea might take them.
Posted by John at 7:20 AM