Fleeing from a Hurricane to a Better Life 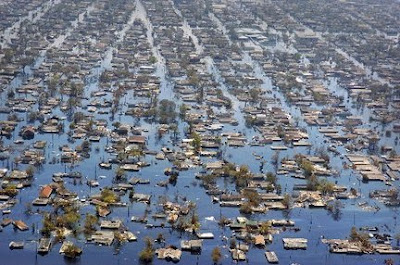 Sociologists are convinced that being forced out of New Orleans by Katrina helped many poor black residents find a better life. This is because since about 1970 poor black Americans have been much less likely to move than other Americans. In America, at least, the neighborhood you live in has a huge influence on how much money you earn and so on. People who live for generations in the same poor neighborhoods seem to be stuck in a fearful rut. So it turns out that the simplest way to help poor people move up is to get them to move to a better place. This, though, is hard to do.

Until Katrina came along and drove 250,000 mostly poor, black people out of New Orleans, nearly 100,000 of whom have never come back. Many of the ones who stayed away miss their home, but they are earning more money, are less likely to go to prison, and so on.

This comes via the latest New Yorker piece by Malcolm Gladwell, who says this:


For reasons of geography, politics, and fate, Katrina also happened to hit one of the most dysfunctional urban areas in the country: violent, corrupt, and desperately poor. A few years after the hurricane, researchers at the University of Texas interviewed a group of New Orleans drug addicts who had made the move to Houston, and they found that Katrina did not seem to have left the group with any discernible level of trauma. That’s because, the researchers concluded, “they had seen it all before: the indifferent authorities, loss, violence, and feelings of hopelessness and abandonment that followed in the wake of this disaster,” all of which amounted to “a microcosm of what many had experienced throughout their lives.”

Katrina was a trauma. But so, for some people, was life in New Orleans before Katrina.

I have Jewish friends who feel this way about the pogroms that drove their ancestors out of the shtetl: it sucked to live through it, but in the long run it may have been for the best.

On the other hand, there is this from Jacob Burkhardt:


From the fact that good may come from evil, and from disaster relative happiness, it does not follow that evil and disaster are not what they are.

I know people who despise Malcolm Gladwell, or at least make a show of despising him, but he makes his living writing about whatever grabs his interest, and that seems pretty cool to me.
Posted by John at 7:07 AM