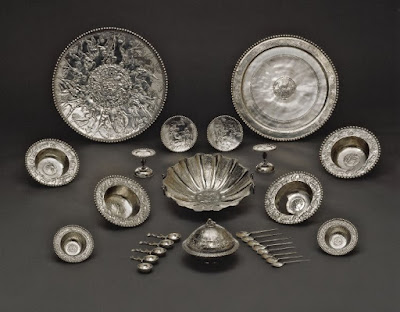 The Mildenhall Treasure is a major hoard of Roman silver tableware allegedly found near Mildenhall in Suffolk, England. Based on the style of the work, it has been dated to the fourth century. The hoard consists of:

The circumstances of the discovery are obscure. The hoard "came to the attention of the authorities" (a phrase repeated by wikipedia and the British Museum) in the spring of 1946. In inquest was held that summer, and the hoard was held to be "treasure trove" and therefore the property of the crown. At the inquest, Gordon Butcher said he had found the hoard while plowing n 1942 and dug it up with help from Sydney Ford, for whom he was working at the time. The men said they did not immediately notify the police because they did not realize what they had found. This unconvincing tale led to rampant speculation about the actual origin of the hoard. Because at that time no comparable hoard of Roman silver had been found in Britain, some historians said it must have come from the continent. Since then a handful of other Roman silver hoards have been found in Britain, so that argument is no longer taken very seriously, but there are still experts who dismiss Butcher and Ford's story as a fabrication. 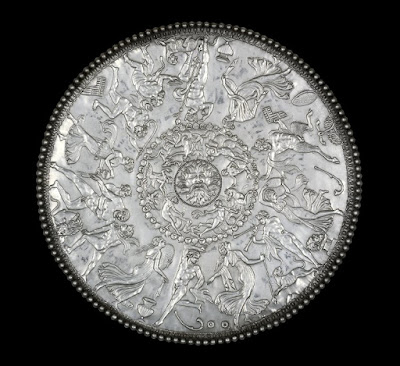 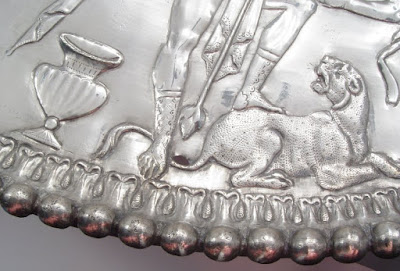 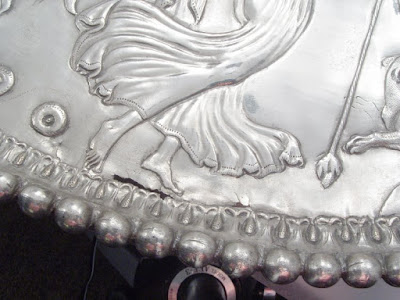 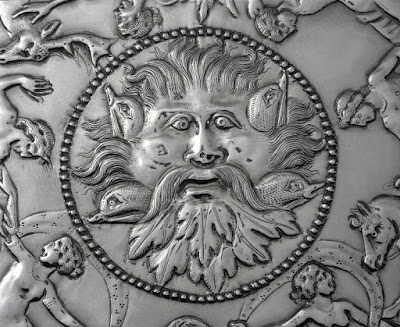 The "Great Dish," and details. The set as a whole seems to depict mainly the rites of Bacchus, but the central image on this dish is Neptune with dolphins in his beard. 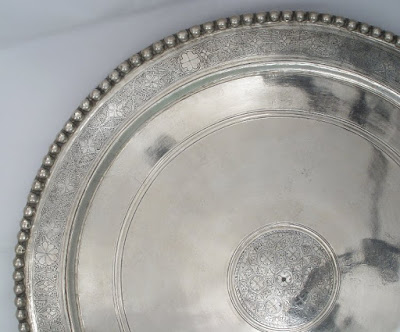 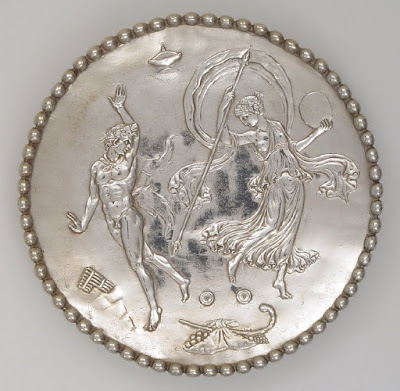 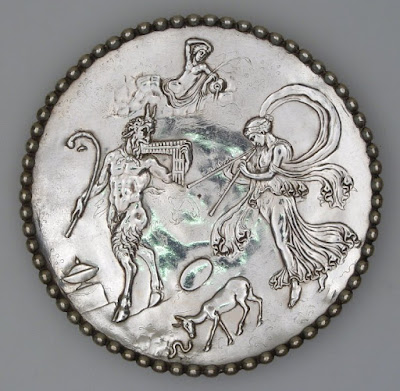 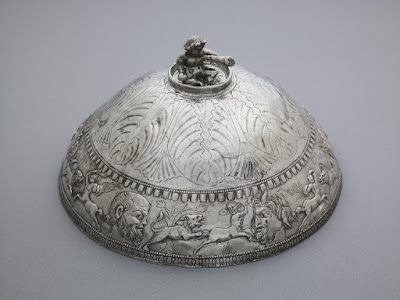 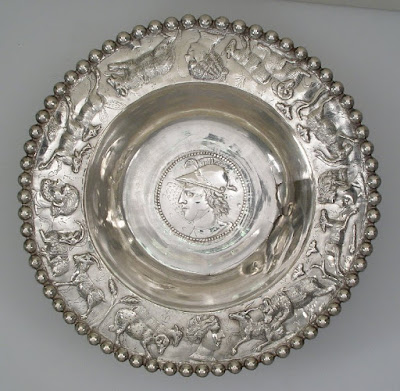 A bowl. You can see that this is heavy stuff, not thin or flimsy.

Spoon. Each of the many hoards that have been found around the Roman world must have had a story. Only one of the wealthiest and most prominent families of the empire could have owned such a set, so it must have been hidden because of some great turmoil. Could it have been when Constantine proclaimed himself emperor at York, in 306, and took most of Britain's legions to the continent? During the major barbarian incursion of 367-368? Or was it some strictly local, family matter, like a disputed inheritance? To me, wondering about these things raises these objects from the merely lovely to the magnificent and mysterious.
Posted by John at 7:08 AM